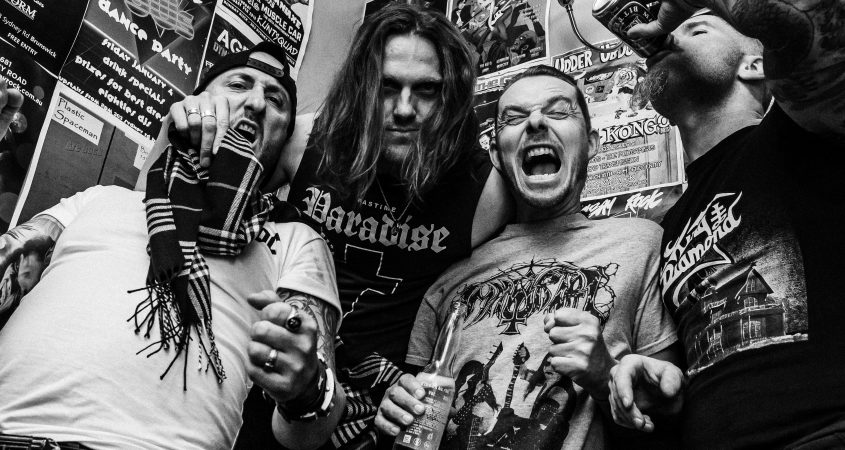 Formed in 2018, Melbourne hard rock outfit Shotgun Mistress is the initiative of guitarist Matt Wilcock. Wilcock, who earned a spot in the top 100 metal guitarists’ index, is usually associated with gory death metal outfits such as Akercocke, The Bezerker, and Abramelin. In his latest project, Wilcock has toned down his style just a touch, from rabid metal to just plain, crazy hard rock.

Shotgun Mistress loves a blistering kickoff to its songs, as anyone familiar with the band’s 2019 debut single No Friend of Mine can attest. Similarly, Save Me From Myself jumps right out of the starting blocks with a fusillade of rough edged guitars that slide all over the place in a chaotic dance, before grasping at a straw of melody in the chorus. This fast-paced track is unapologetically all about sheer musical grunt, as the guitars race breathlessly to wind up in a sudden death finish.

Lyrics spin dual themes of regret over past choices and a strong desire to be true to oneself when facing difficult circumstances. In an anguished plea for redemption, vocalist Glenn Patrick lets loose on frustration, self-loathing, and an appeal for redemption. He trawls the depths of the soul, singing, “Paved the way for all these empty thoughts locked in my mind”.

The hard hitting Save Me From Myself gives a tantilising taste of what punters can expect from the band’s debut album, planned for release later this year.