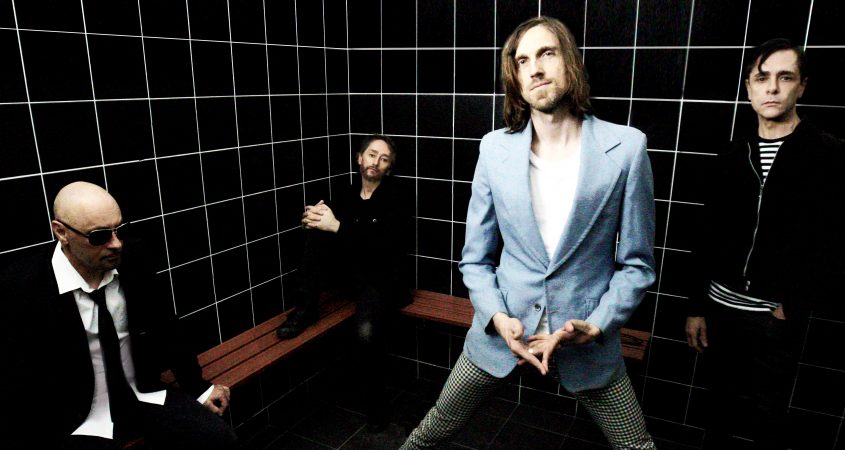 Melbournites Collegians formed in 2014, including two members from 1980s pop rockers Pseudo Echo, and later bands Vertigo and Invertigo. The four-piece, including brothers Gerry, James and Vince from the Leigh family, released a few singles beginning with the 2018 track Vaccine. Songs have come slowly, with the band aiming for a debut EP in the near future.

The band has previously favoured hard hitting singles with a strong electronic vibe, but The Valley has taken it in a new direction. Ringing guitars and bright, spaced keyboard notes lead in to an expansive feel.

The song is much brighter than previous releases, leaving behind the menacing tone of older singles Killer and Black Mass. Instead of sounding threatening, it embraces a positive vibe in a song of belief, new ways of thinking, and of letting go to live life to the full. There are mixed messages of karma (getting what you deserve) and of a certain fatalism in the lyrics, ‘Just let go till you fall’. Electronic effects are muted, limited to restrained vocal echoes and flourishes linking verses to choruses.

In going for a more expansive sound, Collegians has lost some of the bite of its older material. Not as distinctive as previous singles, The Valley swaps distinct features/hooks to leave a ‘warm fuzzy feeling’ in its wake.