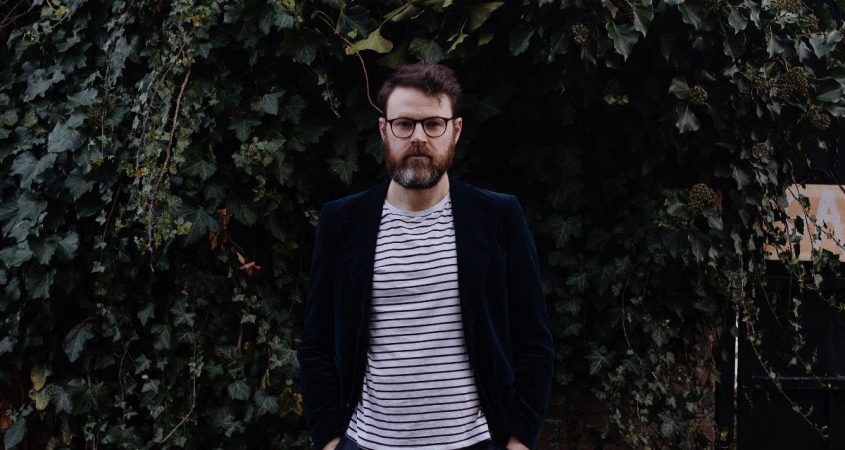 Brisbane based singer/songwriter Jack Carty is gearing up to release a brand new EP – his first collection of new music in almost two years – The World, When It’s Sleeping on April 24th, through Ditto Music.

The first single, “Why The Universe Expands”, hit streaming services last month, and now his follow up, “Welcome to the World” is being released tomorrow.

The song was written soon after Jack and his wife returned to Australia after two years in the UK – where the majority of the album was recorded. It captures the anticipation of Carty as a soon-to-be father, with the pair anticipating the birth of their first child. The song is now being released 7 months after his birth, with the family in isolation like the rest of us.

Carty says of the song being released in the current climate, “It’s definitely a strange time to be releasing music. I feel really lucky to have the opportunity to send something positive out into the universe right now. This is a song about the messy chaos of everything, but how it’s still beautiful and miraculous that we are here at all – so I guess in that sense maybe it’s perfect timing?”

In lieu of a tour, and with his upcoming planned dates postponed, Jack Carty will be heading online via Facebook Live for three shows this month, the first to coincide the release of this single, and then two in anticipation of the release of the EP.

Catch Jack Carty live from home, as he takes requests and plays some of his most loved material, alongside the new tunes, at the following times on Facebook.

Critically acclaimed Australian songwriter Jack Carty writes with an honesty, patience and love of the craft learned through the sheltered valleys and close-knit communities of a rural childhood spent in sleepy Bellingen, NSW. It’s a rare thing that has allowed the poetic traveller to take his quiet truths and breathtaking live show to audiences across The UK, Europe, North America, New Zealand and Australia since he first started recording and releasing original music in 2010.

The move home was inspired by Carty’s growing family, and you can hear the joy, the wonder, the vulnerability and the love in these self-produced indie-folk vignettes, recorded between home studios in London and Brisbane. Moody, lyrical, at times both cinematic and intensely personal; The World, When It’s Sleeping is Carty at his, raw, honest best.

It is clear that – although Carty’s trademark honesty and hopefulness will never desert him – the lovelorn boy of 2011’s ‘One Thousand Origami Birds’, 2012’s ‘Break Your Own Heart’, 2014’s ‘Esk’ and 2016’s ‘Home State’ (which debuted as the #1 independent album in Australia, and at #36 on the ARIA album chart) has evolved into an artist of quiet confidence with a renewed excitement for stories and songwriting. His successes have been hard won. Earned on the back of tireless touring, dedication, and the kind of critical acclaim that only honesty in art affords.

Jack recently finished touring Australia with The Festival of Small Halls, taking in Woodford, Cygnet and Illawarra Folk Festivals along the way, and will spend the first half of 2020 on the road nationally with Katie Noonan.

The World, When It’s Sleeping is out everywhere April 24th through Ditto Music.