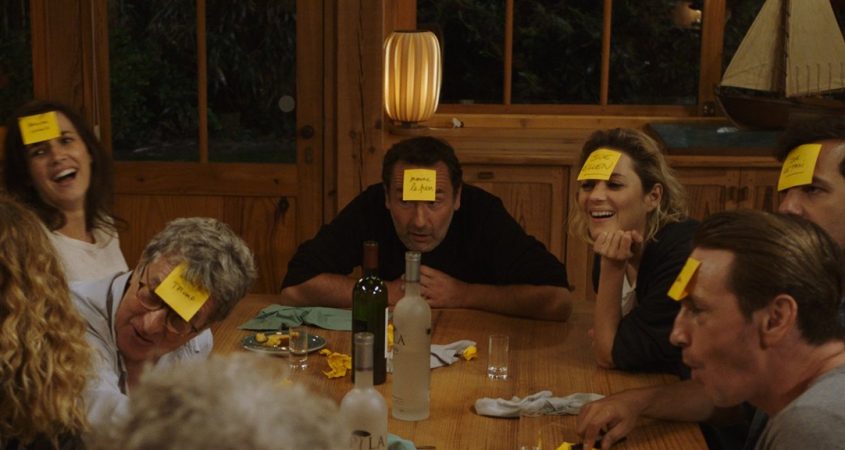 Max (François Cluzet) has paid heavily, losing two businesses, a boat, and his marriage, for a failed venture and has returned from Paris to his family home without telling his family that he must sell it.  He’s bitter over his losses and resentful toward friends whom he has turned away, and he doesn’t know what to tell anybody about his business failures.  So the arrival of those friends to throw him a surprise 60th birthday party is not only unwelcome but alarming.  He’s especially incensed by the arrival of former best friend Éric (Gilles Lellouche), whose accusations at their last meeting drove Max to turn his back on them all.

Max’s stubborn despair is a challenge to the combined strength of his friends’ steadfast loyalty to him, and the movie centres on how such loyalty and generosity of spirit may be capable of retying the bonds of long-strained friendships.

Éric more than anybody else is there in order to repair their friendship, and Max’s staunch supporters include not only his old friends but also his new love, Sabine (Clémentine Baert).  But Éric too has lessons to learn in growing into his full humanity.

Though familiar in setup, We’ll End Up Together turns out to be full of surprises in how characters overcome their limitations and in the deftness with which it handles confidences and intimacies.  The director’s trust in viewers’ ability to discern meaning without laying it bare in clunky conversations maintains a liveliness that keeps the plot moving and lends the relationships authenticity (even if points of family history are left somewhat obscure in translation) — and the lead characters’ subtle but powerful emotional depth finds support in frequently sublime cinematography.

Variously poignant, sweet, and very funny, We’ll End Up Together is a must-see.