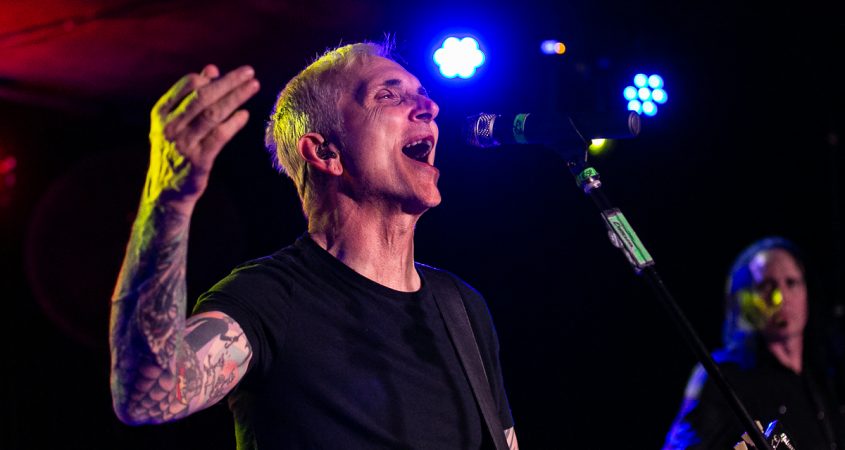 Review and photos By Paul Kerr

Everclear, the ’90s alternative rockers made their way back to Australia after a three-year hiatus with a Canberra slot happily added to the itinerary.

We can be a fickle lot, us Canberra crowd. So coming to The Basement on a Sunday night I was wondering what we were in for. But once inside I was pleasantly surprised to find the place humming with a good crowd in early.

The Basement is looking sharp these days and is one of the best places in Canberra to see live music in my opinion. This is borne out by the amount of large national and international acts stopping in there on tours over the last year or two.

Back to the music itself, and first up is Local Horror, a bunch of Canberrans who are given the task of warming up the early crowd. The guys put on a really good set that is tight and draws a great round of applause for each and every song as the crowd starts to get into it. The guys play about 30 minutes and do a great job kicking off proceedings.

After a short hiatus while Renegade Peacock set up and get ready to kick things into gear the crowd has been building and there is a larger contingent now placed squarely at the front. Renegade Peacock are sporting a new member in this incarnation, and this is their second gig of the weekend that I have been to. The energy shifts up a gear as the lead guitarist/singer struts around the stage, engaging all and sundry.

This band is sounding great, with influences from some of the greats of rock and this clearly comes across in their stage show. Original lead singer Christian Sep, now handling bass duties as well as vocals, adds to the melody and fun mood. These guys really rock the stage (my wife agrees and we only have few instances where our tastes align) so if you get a chance, go check them out.

Then it is time for Everclear. The crowd starts pushing forward and this is where I can tell that The Basement has a very healthy sized crowd for a Sunday night. The minutes tick by as some last-minute adjustments are made to the setup before the band hit the stage, kicking off with So Much For The Afterglow.

The crowd surges forward again as they move into Everything to Everyone and the band grow in stature. A large portion of the crowd start bouncing along, aptly encouraged by Art Alexakis. There is a bit of banter with the crowd where Alexakis shows his appreciation for the turnout on a school night.

The band continues to rock through a range of hits from the early years with some newer songs sprinkled in. Classics such as Heroin Girl, Wonderful, Father of Mine, and AM Radio were all in there, as well as an acoustic mini set including Song From An American Movie and Strawberry before finishing the night strongly with Summerland and Santa Monica.

All up an energy-enriched night. Everyone I talked to thought that they put on a great show, while Alexakis played the crowd like a fiddle the whole night, encouraging movement, sing-alongs aplenty, and pure entertainment. Yes, Alexakis may not have the range of voice he once had 20 years ago (a comment I was given), but people didn’t mind as the majority that I saw left as happy campers.