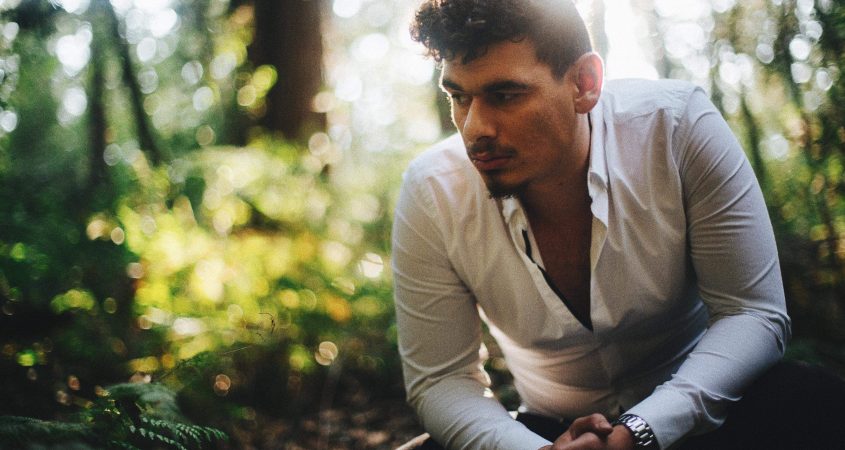 This track from emerging Australian rap artist is the follow-up to his debut, Kinda Funny, which received a decent amount of attention at radio.

This new one sees the young rapper changing tack, ever so slightly. With Life Of Envee, the stakes are set high, as the all-encompassing title suggests.

And rightly so. Disseminated along the self-awareness highway upon which Envee travels are his statements of apology and his observations that feed upon his sense of failure. At 20, the age of our aspiring rap star, these missives can be viewed as the tell-tale signs of maturation.

But it’s all about the process. And another kind of process, the creative one, is given the exploratory treatment too, discernible in such lines as, ‘give me a paper, give me a pen, paint me a picture, paint me a friend’.

I must admit, I quite like that last line. Paint me a friend.

Indeed, after a few listens one is tempted to think this is the remedial path upon which Envee should travel: when the social structures are conniving to entrap you there is nothing like a good pal to colour one’s world in different, less repressive tones.

But Envee knows exactly what he’s doing here. He has a bone to pick, and whether that’s his father, his upbringing, his expectations, or the general hyper-sensitivity of contemporary life – who knows, no one can be sure – he’ll get to the bottom of it.

This all makes for a reasonably enticing record, with a subtle soothing hook at its core which offers the listener some momentary respite from Envee’s self-effacing, investigative rapping.

And let’s not forget, sharing the stage here is Sam Antony, whose magnanimous treatment of the aural universe around which Envee’s avowals circumnavigate deserves a mention.

This is a solid release, bold in a way, yet serves as a prerequisite for such musical enterprises, and Envee articulates his ambitions via this decorously explicit piece of self-examination quite well.