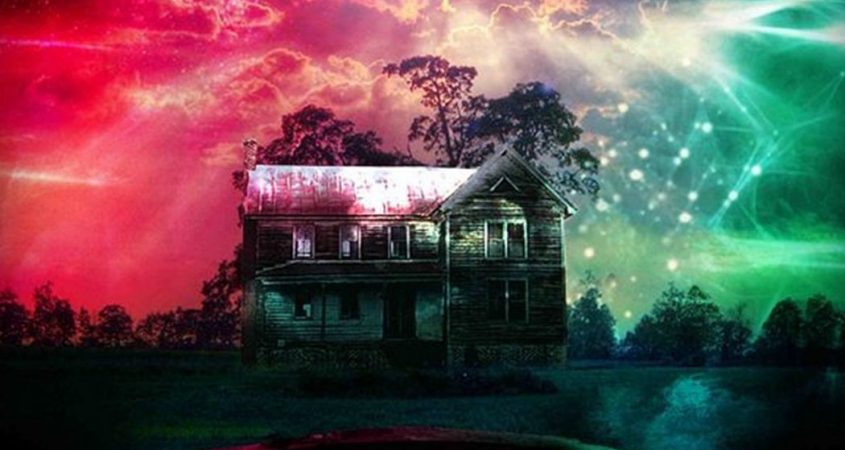 What is a “Lovecraftian” film?

Not being an expert on the works of the before-his-time author HP Lovecraft, and yet being absolutely aware of the adjective as applied to the arts, I did a quick bit of research.

Turns out it describes a form of horror where, a) the threat is elusive, unknown, even incomprehensible but very present, b) the characters feel very isolated, and often descend into insanity, and c) the creatures are their own level of grotesque, often with slime and other substances replacing blood and gore.

That last characteristic is certainly what I recognised the adjective to refer to, in films such as Alien. But it’s the first two that aficionados hold dear to a true Lovecraftian story – think The Thing, It Follows, even Cloverfield to some extent.

Actual direct Lovecraft adaptations are few and far between – 1985’s Re-Animator would be the most well-known. So I would imagine Color Out Of Space would be welcome for many fans.

Based on a 1927 short story, the movie centres on the Gardner family – father Nathan (Nicolas Cage), mother Theresa (Joely Richardson), daughter Lavinia, and sons Benny and Jack. The family have moved to a remote farm, after Theresa underwent major surgery, to try and find a quieter approach to life, but instead the move has revealed strains in the relationships. Then they, and a whole bunch of supporting characters from the nearby town, have to deal with the repercussions of a meteor crash in their front yard…

And no more shall be revealed here, as the remainder of this story is best left to play out for the viewer spoiler-free. Suffice to say that the afore-mentioned Lovecraftian characteristics are all in full effect: the slow burn of what is actually happening ticks off the a) box, and I guarantee that the visuals of the c) requisite, when they arrive, will leave you with mouth agape (if not skin crawling).

And if there was ever an actor you wanted to employ for your b) isolation-into-insanity, then Cage will be on the top of your list. It takes a while, but he eventually engages in his trademark over-the-top-yet-brilliant method of acting, and we are once again all the better for it.

The abstract nature of the film’s tone works well for the material, and director Richard Stanley (Hardware, The Island of Dr Moreau) evenly shifts the mood between comedy, horror, and drama. Color Out Of Space will mess with your head, but I am confident that Lovecraft would be proud of that (and this film).

Support Travis Cragg on Patreon!
11% complete
When we reach $500 per month we will begin the official BMA Podcast. This will include interviews with some well-known musicians and artists, tips and tricks for publishing in print and online, as well as other discussion topics around Bands, Music and Arts in Canberra!