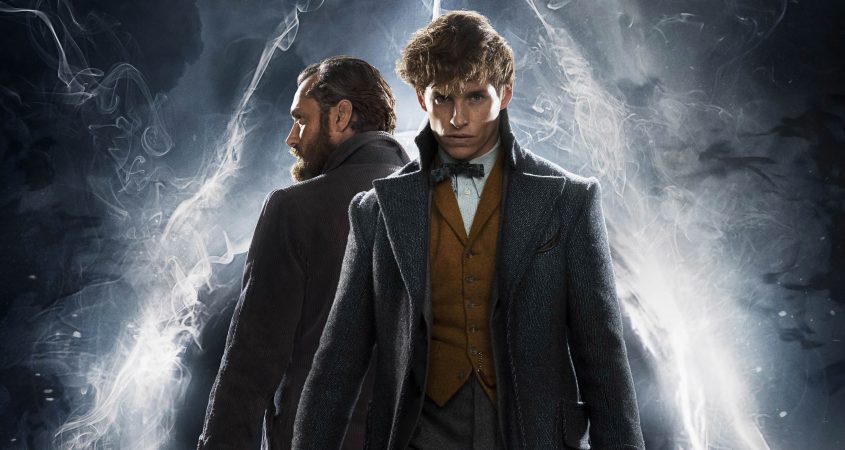 Now in its third year, Palace Cinemas’ Potterfest has changed its 24-hour marathon to a far more manageable full weekend of Hogwarts-related films, including all eight Harry Potter and both Fantastic Beasts films, featuring a who’s who of top British acting talent.

For those who don’t know the Harry Potter stories: they draw us into a visually sumptuous adventure, almost epic in scale, that takes place largely in the “wizarding world”, chiefly in and around the Hogwarts School of Witchcraft and Wizardry.  Harry Potter, an oppressed orphan, receives a printed invitation via an owl to attend the school.  Harry is widely remembered in the wizarding world as having survived, as an infant, an attack by a soul-sucking wizard styling himself “the Dark Lord” and even defeated him.  When, having accepted his invitation, Harry arrives at the school, he meets both awestruck praise and cruel belittlement.  But his true adventures are far more serious, as the “Dark Lord” appears to have a means of rebuilding his own ravaged body via the evil acts of his supporters and is intent on waging war on humanity — and the Ministry of Magic has dismissed the looming danger as fanciful.

The Fantastic Beasts films (and books) are a growing prequel series set about 70 years earlier, in the late 1920s (for now!), and introduce, amongst others, a young Albus Dumbledore, the school’s headmaster throughout most of the Harry Potter series.  But they feature several very loveable fresh protagonists and a new (though of course earlier) villain: Grindelwald.  For those who have not yet caught both of the Fantastic Beasts offerings, I can assure you they’re just as engaging as the Harry Potter films.  In fact, the “beasts” themselves are even more fun: beautifully contrived, whimsical, perfectly rendered creations that will steal every heart even if some may give the youngest audience members a bit of a scare first.  But be sure to see them in order; the second follows closely from the first.

If you haven’t yet experienced the Harry Potter wizarding world through any of the films: see them on the big screen when you can, as their detail is worth catching.

It’s one thing to experience the Harry Potter films over the seven or eight years in which they emerged, and another entirely to see each while those preceding it are still fresh in one’s mind.  And to share the cinema with a collection of Potterphiles adds interesting flavour.  The cinemas go to the trouble of putting up special displays or signage each year, and in some years have encouraged costumery with prizes, resulting in a good deal of additional fun.  While ever Palace Cinemas continue to meet the Harry Potter community’s demand for a return every so often to the wizarding world, the timeless appeal of the movies will, I’m sure, continue to reward everybody involved.  Look out for Potterfest some time from October 2020.