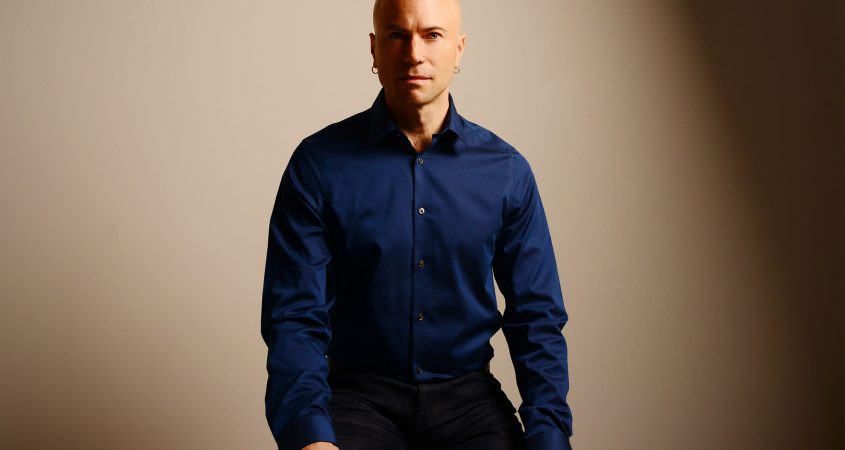 Jazz pianist and composer Ben Winkelman presents music from his new trio album Balance, which has been described by Downbeat as, “one big, interconnected thing of beauty”. His writing explores diverse musical interests filtered through a jazz perspective: Afro-Cuban, gospel, and classical music, with a focus on Latin rhythms in odd meters. Joining him are long-term colleagues Ben Vanderwal on drums and Sam Anning, winner of the 2015 National Jazz Award, on bass.

We caught up with Ben to see what makes the man tick when on tour.

What do you listen to, or indeed do, when travelling?

On the long flight to and from Australia I like to binge watch movies. When travelling in Australia, I’m always hoping for more beach time.

Lately I’ve been listening to a great NPR (US public radio) podcast in the car called Hidden Brain, which discusses issues related to the human brain and psychology. Very interesting, and the presenter has a very soothing voice.

Recently, my favourite driving music has been the Cuban rumba group Osain Del Monte. I was lucky enough to see them live while visiting Havana a few years ago.

Not so fond of long drives on Long Island, New York (I do that quite a bit).

Do you have any pre-show rituals?

Not rituals, exactly, but I try to get relaxed and focused before we start. Ideally, I like to have a bit of quiet time before playing to collect my thoughts, but it often doesn’t work out that way. For years I’ve thought of taking up meditation before gigs, but I still haven’t.

Often it’s a beer with the bandmates. The adrenaline can run high for a while after a good gig, so celebrating is easy. It’s harder to wind down.

I played with a friend’s band in Paris last year. Since then I have a fever to do more playing in Europe.

Getting yelled at by the groom at a wedding gig.

Tell us about your latest work, and what you most love about it:

My compositions are contemporary jazz pieces that draw on a variety of influences. I played in salsa bands for years; I like to study classical music on piano, especially Bach, Ravel and Debussy; and since moving to New York I have been playing gospel music for an African-American church. Some of these influences can be felt in my writing.

When I started playing with the great Australian drummer Ben Vanderwal a number of years ago, he introduced me to the idea of playing Latin rhythms in odd meters. This is something I still enjoy experimenting with – some of the pieces on the new album have this.

The new album is called Balance. I think a lot about balancing different elements in my pieces: planning/spontaneity, complexity/simplicity, density/openness, intellect/emotion. I recorded it with Obed Calvaire and Matt Penman, two New York jazz musicians I’d admired for a long time.

One of the things I love about jazz is group interaction. Good improvisers listen and respond to each other; it can be like having an interesting conversation.

Thoughts and feeling on destination Canberra?

I love playing at The Street Theatre; it’s one of my favourite venues. I’ll be playing with Ben Vanderwal and Sam Anning. We were a regular band for a number of years, and I feel that we have a special musical connection. Now that we live in different countries it’s a rare treat to get to play with them. It always feels a bit like a band reunion when we get together to play again.

I’m really looking forward to touring in Australia again. It’s a great experience to play my music every night with such stellar bandmates.

The Ben Winkelman Trio: Balance Album Launch happens at The Street Theatre on Friday, 25 October at 7:30pm. Tix $29 from thestreet.org.au