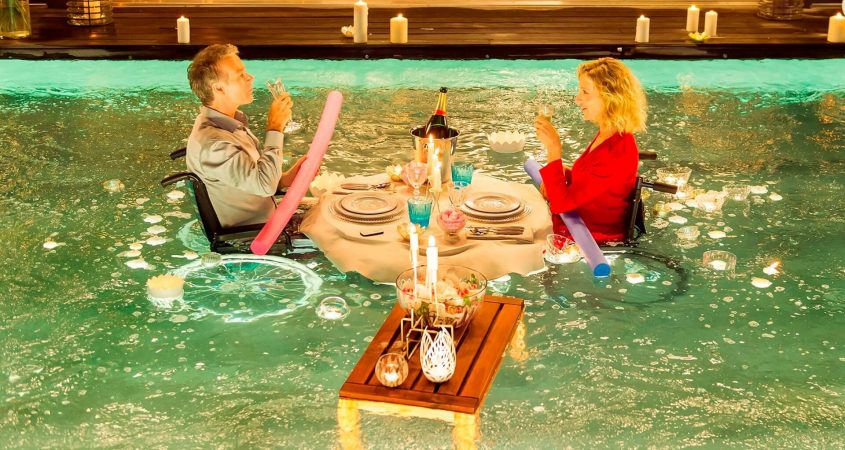 Jocelyn (Franck Dubosc — Incognito), an executive in a shoemaking company, is a hedonist who focuses on bedding as many women as possible through his creative lying.

Things take an unexpected turn when, following his mother’s death, Jocelyn visits his mother’s flat to look over her mementos and meets the attractive next-door neighbour, Julie (Caroline Anglade), who mistakenly imagines that Jocelyn is wheelchair-bound. Jocelyn decides to use Julie’s misunderstanding in order to see more of her — until he meets and falls for Julie’s sister, Florence (Alexandra Lamy — Vincent and Par Instinct), who really is wheelchair-bound.

And so begins a cascade of events of gratifying unpredictability.  Frustrated in his attempts to confess his deceit to Florence in order to begin a true relationship with her, and unable to heed the well-known advice “When you’re in a hole, stop digging”, Jocelyn’s deceits instead escalate out of control.

Its sensitively cast characters leading us through our own journey of delighted discovery, the tale concludes with a resolution that is both charming and satisfying.

Possibly the funniest film to appear in the festival in several years, Rolling to You nonetheless maintains surprising realism even as it induces nearly continual laughter.  Without once resorting to either awkward devices or streetwise grittiness, it dives into real difficulties with real feelings. And it does so without ever flagging, dragging, or compromising its comedic potential through undue sensitivity to political correctness.