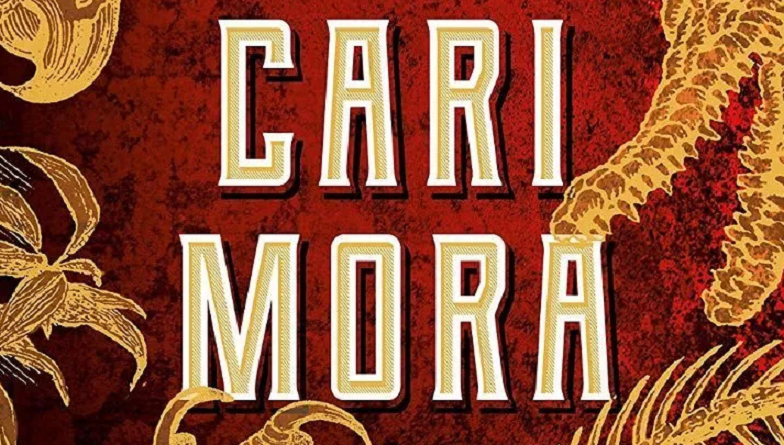 Cari Mora. It’s not The Silence of the Lambs, I’m gonna rip that band-aid off right now.

Granted no author should have to re-write the same book over and over. Musicians and directors get to experiment. We forgave Kanye for 808s and Heartbreak and Muse for The 2nd Law. M. Night Shyamalan is still in work, Lady in the Water notwithstanding.

But in this case, comparison is invited by Harris’s return to a formula. In the red corner we have Cari Mora, a tough, capable female protagonist. In the blue corner we have Hans-Peter, a psychopath with twisted tastes. Ding ding ding. Let’s RUUMMMBLE.

Fuck I wanted to like this. I would have been droolingly happy with even a B+ redo of Starling vs Hannibal. I’d also have gone along for the ride if it’d been something altogether different. Instead Cari Mora tries to have it both ways and fails at everything. Suspense, character development, plot. Where to even start?

After planting Cari and Hans-Peter across the ring from each other, Cari is immediately sidelined for an ensemble cast of dudes. Okay, fine. Everyone’s running around trying to find Pablo Escobar’s lost gold. It could be Hitler’s lost testicle or Shia LaBeouf’s last marble for all the difference it makes to the plot but whatever, there’s a shiny toy in play and everyone wants it. Who cares who at this point, as long as we get some action—except the narrative keeps swinging back to Cari hanging around doing sweet FA.

Reams of paper are given over to her origin story and alleged skills, and when we’re not being explicitly told about every guy that stands in shot with her and wants to bang her, we’re being beat over the head with how tactically brilliant she’s meant to be. ‘Show don’t tell’ isn’t the only way to write, but damn it would have helped here.

Meanwhile, I’m completely uninvested in the characters doing all the actual work because they get about five seconds of collective backstory and speak in the same generic, interchangeable voice.

But that’s okay, here’s Cari again. Did we mention she’s tough and tactical? Here she is – sitting in a truck. Now she’s looking at a house and talking about mangos. See that guy that walked past? He totally wants to bang her.

Ultimately there’s very few sins a thriller can’t get away with as long as it’s exciting. It doesn’t need good characters or good writing; it can be a mannequin of Tom Hanks being dragged through a tunnel of plot holes by a drunken key grip on a ride-on mower—if it’s suspenseful. And here is the crux of Cari Mora’s issue: it’s boring.

Sorry guys, I’m as bummed as you are.