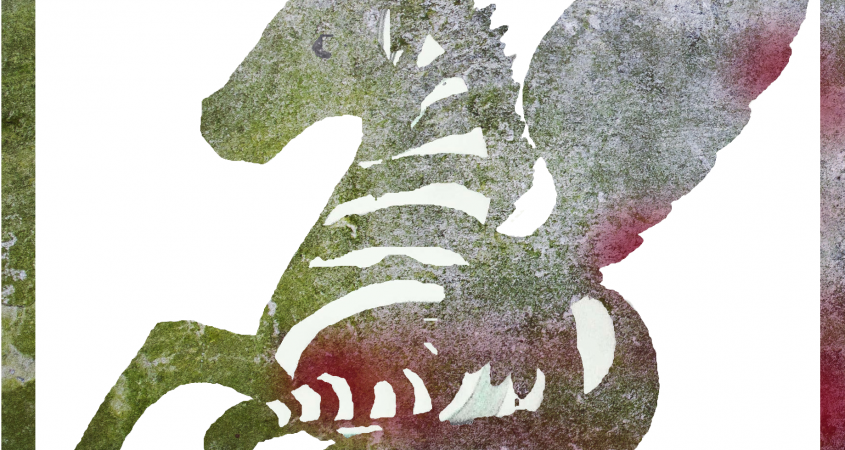 Interview and article by Jessica Conway

We, as a society, have a problem with ableism.

Just deal with it, because it’s true.

The majority of us are clueless as to what disability or chronic illness actually means in a daily, practical sense. As a result, one of three things tend to happen:

This is bullshit. And it needs to change.

Hanna Cormick readily agrees with this sentiment, noting before she became chronically ill that she didn’t even believe in chronic illness.

“I thought you could push through anything with enough will. My ingrained ableism was shocking, and something I have struggled to unravel and unpick over these years,” the young theatremaker told me.

You see, Hanna’s life changed radically several years ago. She was an able-bodied actress, dancer, circus artist, cabaret performer and theatremaker in Australia, Europe and Asia for some 20 years.

Today, Hanna largely lives in a sealed room. The world outside literally deadly.

Her allergies are vast and have even included water and mobile phone batteries. She has experienced ceaseless pain, unimaginable fatigue, and unstoppable bleeding.

This myriad of conditions is formed by a rare perfect storm of sorts, or what Hanna calls ‘the trifecta’.

“I deal with a lot of organ complications caused by these disorders and some other rarer co-morbid autoimmune diseases. It affects every bone, organ and cell in my body, causing physical impairment, debilitating fatigue, and has a profound effect on my immune system, which means that I have to live inside a sealed safe-room and cannot be around most people. I’ve been living, almost exclusively, in the same room for the last four years”.

This tectonic shift in her health is what ultimately gave birth to The Street Theatre’s upcoming play, Zebracorn.

An odd name yes, but also no.

“Doctors are taught ‘when you hear hoofbeats, think horses not zebras’, to prevent overdiagnosis of rare conditions when it is statistically more likely to be a common condition,” Hanna explained.

The downside is this leads to those with rare disease, like her, being overlooked.

“Those with rare disease refer to themselves as Zebras. But my illnesses are really complicated, and present in strange and extreme ways, even for a Zebra.

“So, the Zebracorn is part zebra, part unicorn: rarer than rare, isolated, believed by many not to exist, but despite everything, still fabulous”.

As Hanna became increasingly disabled, a friend helped establish the habit of writing just two sentences every day about how she was feeling.

“I’ve kept to that practice these last four years, documenting, in microform, the changes that have occurred. I may have been living inside the same room, stuck in the same bed, for all that time, but you can start to see the way that time passes differently. And through the writing, I started to notice how strange my life had become, and that the shift in the way I was able to interact with the world meant I was able to perceive it in a new light; the political structures and injustice I was suddenly prey to, the way humans treat each other, our relationships with our own bodies, and our relationships with vulnerability and mortality.”

Hanna is usually a very private person, but over the course of her extreme illness, she found she wanted to create and share this autobiographical work. As you’d imagine, there are some pretty heavy themes at play; desperation, desolation, despair, and grief for the life you’ve now lost.

“Surviving this existential threat day after day necessitates a dark, sharp sense of humour and diamond-hard hope, and the work attempts to convey those parts of the experience as well. Zebracorn tries to honour the phenomenological reality of living this kind of life, jumping from the intense and concrete intimacy of human connections on the edge of crisis, the absurdity of the medical system, the political struggles, the surreality of the rules of this alien body, in a fractured structure that utilises physical theatre and video art projection.”

The production features three of Canberra’s household names, Lloyd Allison-Young, Chloe Martin and Hanna’s partner and co-writer Christopher Samuel Carroll. All trained in Paris at Ecole Internationale de Théâtre Jacques Lecoq, and all have known Hanna since before her illness took hold.

“It’s great to have these big names of the Canberra diaspora come back here to work as an ensemble. We have a shared language due to our training, but they are also people who knew me before and after this illness and can bring their own perspectives thematically to the work. I’m really excited to have them in a room together to see how their respective creative sparks will ignite the material.”

Hanna hopes that by sharing her bizarre world it’ll help increase people’s understanding of chronic illness, conditions that you can’t simply will away, the importance of maintaining ‘normal’ relationships with the outside world as we inch our way towards dismantling our ingrained, though often subconscious, ableism. Now that’s something we should all support.

Zebracorn is part of The Street Theatre’s FIRST SEEN: new works-in-progress program that offers Canberra audiences the opportunity to be part of the creative process that pushes performance works to production-ready stage. Zebracorn plays on Sunday, 7 July at 4pm. Tickets are $15 from http://www.thestreet.org.au/shows/first-seen-zebracorn-hanna-cormick