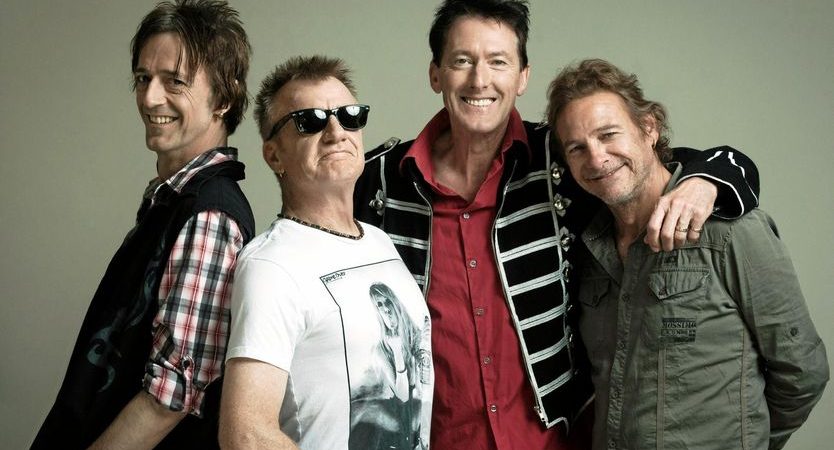 The golden age of Aussie pub rock returned to the region, with The Radiators playing in Queanbeyan. The venue was great, with no stage barrier meaning that the punters could get up close and personal with the band, which revelled in the close interaction with their fans. While the band’s pedigree stretches back 40 years, the ages of punters showed that new younger fans have swelled the ranks of the band’s followers.

The Radiators are a great showband, as well as good rockers, with a real fun vibe to their performance. Front man Brian Nichol changed his look between songs, coming on in camouflage type netting for the opener, before switching to sunnies and a towel for Summer Holiday. Other looks included large plastic lips and also a green wrestler’s mask for Radiation. His flexibility included playing guitar for a few songs, including I Wish I Was 17 Again. While Nichol laid down the lyrics, bassist Geoff Turner played band spokesman, keeping the punters amused and providing the intro to songs.

The band, led by guitarist Stephen ‘Fess’ Parker, provided a few teases with snippets of covers that ranged from The Ted Mulry Gang’s Jump Into My Car, to some Deep Purple. This gave drummer Mark Lucas the opportunity to deliver the vocals on a couple of songs.

The boys wrapped the set with their hit Comin’ Home, before reappearing for an encore which included a stand out drum solo from Lucas, and a cover of The Beatles’ Revolution.