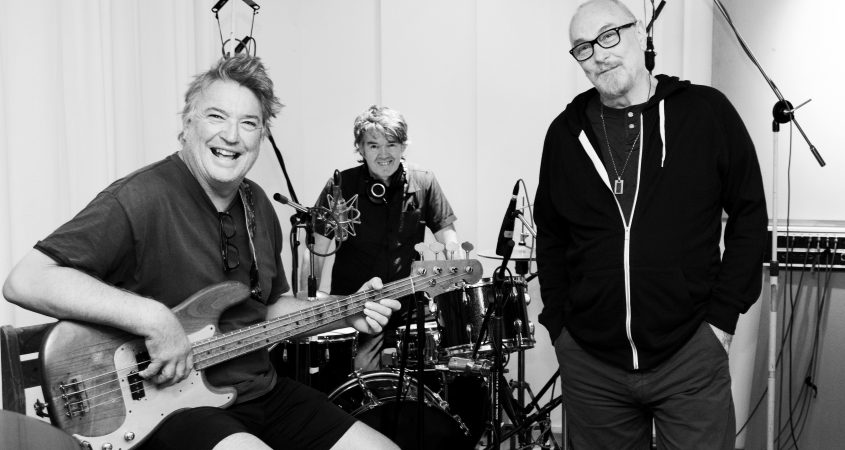 The Aints! comprise Ed Kuepper, Peter Oxley, Paul Larsen Loughhead, Alister Spence & Eamon Dilworth. Formed in 2017, The Aints! original brief was to recreate the sound and energy of The Saints, the band co-founded by Kuepper in 1973, as they celebrated 40 years since the release of that band’s ground-breaking debut (I’m) Stranded in 1977. With such talent at play, though, it wasn’t long before this inspired five-piece created material of their own.

5-6-7-8-9 (the name taking its cue from The Saints’ 1977 4-track EP release 1-2-3-4) is the newest release from The Aints! A five-track mini-LP comprising alternate versions of tracks Goodnight Ladies (single edit) and Country Song in G (acoustic) plus reworked versions of songs from Kuepper’s 50 album strong catalogue including Memories Are Made Of This (The Saints, 1978), Laughing Clowns (Laughing Clowns, 1980) and Hang Jean Lee (Ed Kuepper & The Kowalski Collective, 2007).

In light of 5-6-7-8-9‘s release, and upcoming 29 June Canberra show at The Street Theatre, front man and chucklehound Ed Kuepper answered a few questions for BMA.

I liked it! It’s definitely two very different albums though. You can tell they were separated by a period of time. I thought 5-6-7-8-9 was a little more grown up and complicated; you can hear the jazz influences—like the track Laughing Clowns, I was really into the demented piano.

Yes, Alister Spence, our keyboard player, has a jazz background – the band are from different musical backgrounds and you can hear it come together [on Laughing Clowns]. I think a lot of people are going to be drawn to that track. 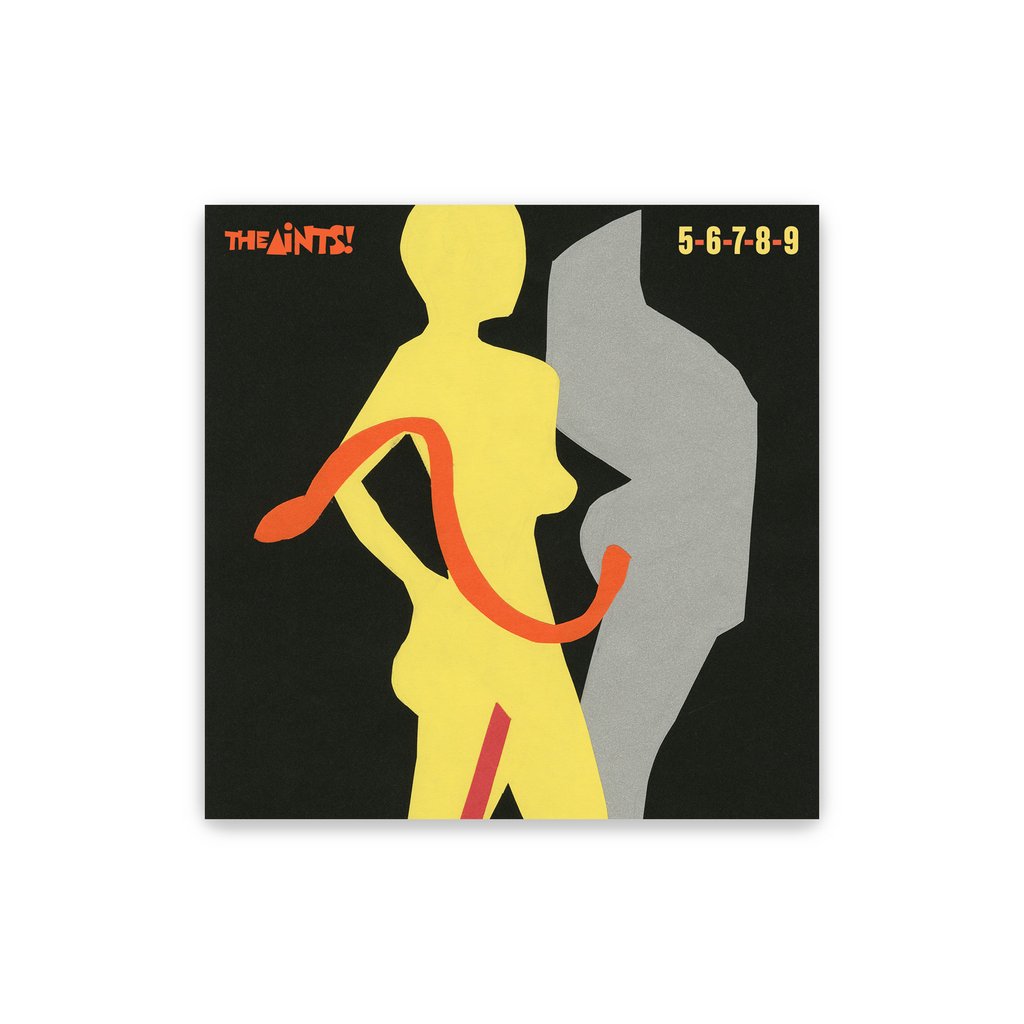 I hear them more like book ends than two CDs you’d put in a box set.

Not quite bookends, because they aren’t the start or finish of anything. 1-2-3-4 was a gap filler between the 1st and 2nd Saints albums, which of course raises the question; what comes after 5-6-7-8-9? Does it portend a second Aints! album? That is the question, that is the question to which no-one knows the answer yet.

Well, thank you for bringing it to Canberra with the tour. You’re doing a two set show in Canberra. What does that entail?

A lot of work on my part. A lot of work! A lot of self-sacrifice. A lot of giving (laughter). It’ll be a spiritually enlightening, character-building thing, no doubt.

You’re even doing three set shows in some locations. That must be gruelling.

The third set there, it’s different. It’s me and Eamon, the trumpeter in the band. It’s a different intensity. It’s a little more like having a slightly restrained, psychedelic folk-baroque kind of minstrel act before the main event and we do that as a three set thing, so it’s different.

So if people feel like seeing more than one show they’re going to get something different at each of them. That’s what it comes down to.

What are you most excited about for the tour?

Playing! That’s what it’s always been about. That is the high point. I hate travelling so I’m not excited about flying (laughs). I don’t even like long car trips or anything so, I don’t know if we’re flying to Canberra or if we’re driving, I’m too scared to look at the work sheet…

And we’re doing this at the Street Theatre. That’s a great venue. I’ve played there a number of times during fairly long solo shows and it’s been a very enjoyable location.

In 40 years of touring, what’s the biggest thing that’s changed?

There’s been a massive increase in hassle checking in at airports. It’s always been a bit of a pain in the arse but these days it’s just ultra—the security scam I think you could safely call it, that’s a real pain in the arse.

I stay in better hotels than when I started out—that is good. That is a good thing.

Does it make a difference to travelling?

It makes a difference when you finish a show to go back to a better hotel. Yeah… little things sometimes add up.

What else has changed?

Production values, meaning quality of in-house PA systems has improved quite at a lot. That makes a lot of difference.

There’s been good things about it. I think the main negative is that there’s less of it. Not as many venues and not as many people going out to see live music. That stuff is a negative, and I think it’s fairly well documented.

But you know… the standard of hotel (more laughter).

And in that period you’ve also released more than 50 different albums across your different projects. I think you’re up to around 40 billion solo albums.

Yeah, something along those lines, yep.

A lot of artists have long careers, but I can’t think of many who’re so prolifically releasing new and original material in that time. Is it something you challenge yourself to do, or something you couldn’t stop if you wanted to?

I think if I’m doing it I have to be creating. I don’t see the point of doing it otherwise. I’ve never been able to indefinitely just go out and hammer out the same stuff in the same way night after night. I have a relatively brief attention span and I get a little anxious to just do things a little bit different, to mix it up a bit, to take a few risks. Sometimes they fall flat and other times it can be something that’s better than what you had at the start of it.

It is a little bit risky but—I think if I were to stop writing, if I were to stop playing and singing and actually trying to get closer to what I think is some sort of musical perfection—which you know I’ll never achieve… but it’s the reaching for it, in some ways.

And my idea of what musical perfection might be, it could be a million miles from what someone else thinks is musical perfection. So, I’m just doing this from my own perspective. I’m not speaking on behalf of musicians around the world at all.

But yeah, I think I’d find it hard to live forever off albums from several decades ago.

Yeah, and a lot of them are a fucking lot more wealthy than I am! It’s not like what I’m doing is necessarily a smart commercial move. In fact, possibly the opposite. And I’m aware of that so I’ll wear that. If it’s a mistake, it’s my mistake.

My family had King in the Kindness Room when I was growing up so that was how I first got to know your music.

Oh did you like that? (laughs). Some people hate it. It was an odd record for me. It alienated some of my solo music fans because it had much more of an electronic mood to it, but some people love it. I really like some of it. I actually think it’s a bit of an underrated record.

I did like it! I came at you kind of backwards because I knew you as a solo artist before I found out about The Saints…

A whole lot of people came to it in that way, especially after the run of albums I did in the late ’80s and early ’90s. I don’t think people knew about my connection to either Laughing Clowns or The Saints.

And it wasn’t something that I made a big deal about because I had a lot of other stuff going on, so I wasn’t really looking back.

This whole Aints! thing came about in a way just because of the sheer length of time between my very first releases and now.

I love that it was a fan collecting signatures that got it named. That’s such a punk, do-it-yourself attitude. It’s like the local tenants’ association version of a home-made band t-shirt.

Do you visit it?

I go past it when I visit my parents; they still live in the same street. I have been there, it’s very nice. It’s also a much more sprawling park than it appears from the main road. It goes way behind all the houses and right the way down to Margaret Creek.

It’s quite a massive bit of greenery. Now all we need to do is arrange to annex the golf course that backs onto it. Then it’ll be massive.

How chuffed were your mum and dad?

Incredibly. I was pleased—they have always been there and able to take it in.

Anything you want to say to Canberra?

Your magazine has become a physical thing again, has it?

Yeah, it has. I am surprised that you know that…

(Laughing) My publicist told me. That’s great. That’s flying against the current trend! I hope it works for you. [Nawwwww… Thanks Ed – Bossman Al]

As far as anything to say [to Canberra], I hope people come along and check out the show. The shows I’ve done in Canberra have always been successful. And this is a one-off kind of thing, probably. I’m not sure how many times we can come back to Canberra. It’s a big band—if you know what we do and you’re into it, this is a chance.

Ed Kuepper and The Aints! hit The Street Theatre for a two set gig, Saturday 29 June, 8pm. Tix $60 from thestreet.org.au