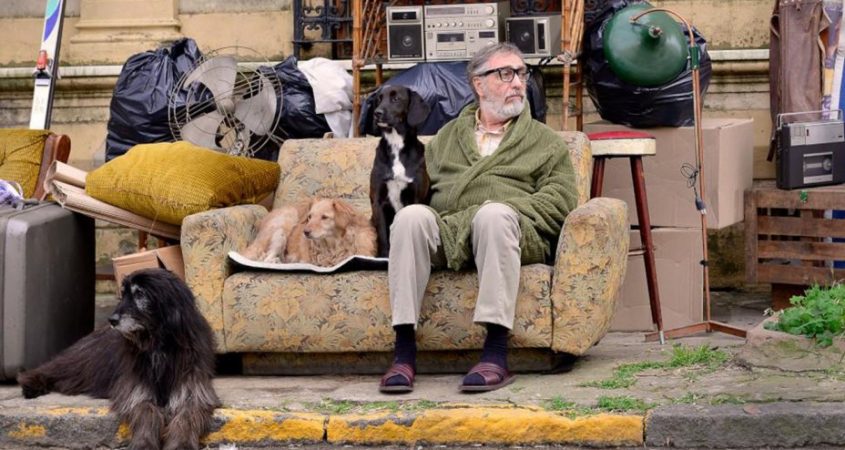 My Masterpiece is an entertaining film about the power of friendship and shared vision to overcome personal limitations and even societal ones.

When Arturo (Guillermo Francella), a gallery owner who has faithfully retained the work of his old friend Renzo (Luis Brandoni) on his walls, begs Renzo to update his style to meet modern tastes, Renzo does so by shooting one of his works on the point of its sale, thereby disrupting a friendship that has survived an entire decade in which none of his works have sold and illustrating Renzo’s character: selfish, stubborn, and reliant on others’ generosity to keep his body and soul together.

A further graphic demonstration of Renzo’s poor attitude finally leads Arturo to rebel against the straits of this old friendship, and he packs up all of Renzo’s art to send back to him.

Meanwhile, the arrival of Alex (Raúl Arévalo), an art student determined to become Renzo’s disciple, is the very last complication that Renzo himself wants.

And his girlfriend, Eugenia (Daniela Katz), with artistic aspirations of her own, is getting tired of being ignored in favour of Renzo’s other love: himself.

But when desperation drives Renzo to entreat of Arturo help of the toughest possible kind, what will Arturo do?

The movie is billed as a comedy–thriller, and it does have moments of tension. But it’s the characters’ humour and mutual understanding that infuse the story with poignancy and appeal.