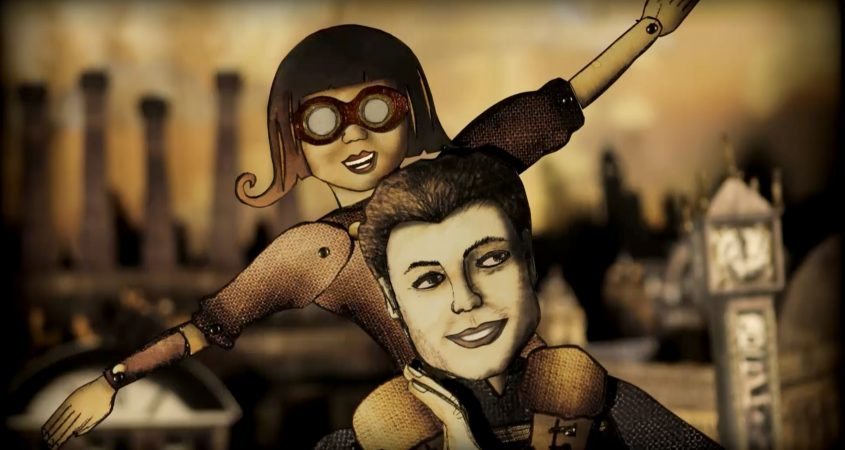 To celebrate the occasion, we caught up with Director Bronwyn Kidd to get the lowdown of all the exciting things to expect for your thrifty $25 ticket.

“We are ensuring we continue to present A-list short film programmes recognised amongst the best in the world with films hand-picked from the festival’s 2700 entries,” she enthuses.

“The Flickerfest 10-day festival competition took place in Bondi in January and now highlights from the festival will be back to the Palace Electric Cinemas with a delightful, diverse, and award winning range of shorts which have been captivating audiences across the country.”

Kidd goes on to celebrate the myriad Canberra talent making the 2019 line-up.

“Aussie comedian Paul McDermott who grew up in Canberra, has written and directed Ghostbear. A beautifully animated film straight from Paul’s heart, Ghostbear tackles the disappearing animals of our planet and tells the story of a polar bear cub wandering the arctic in search of his place in the world, and his birthplace in the stars.

“Della Mortika Carousel Of Shame was created by Canberra residents Geraldine and Marisa Martin (mother and daughter) and took over seven years to make with Geraldine leading the writing side of the project and Marisa leading the design and animation. Winner of Best Australian Animation at Flickerfest 2019, Della Mortika tells a steampunk tale of three sisters ‘where steam is king, life is hard, and adventure is always adventure’ and stars the voices of Noni Hazlehurst, Xavier Samuels and Paul McDermott.”

Of course the night features those from further afield.

“Other films in our Best Of Australian shorts programme include Gracie Otto’s Desert Dash,” Kidd reveals, “which tells a fantasy story on the outskirts of Australia where opals are now the currency for survival.

“The moving family drama All These Creatures was the winner of the Palme d’Or at Cannes in 2018 and Best Editing in an Australian Short Film at Flickerfest 2019,” she continues. “It’s the tale of an adolescent boy as he attempts to untangle his memories of a mysterious infestation, the unravelling of his father, and the little creatures inside us all.

“And legendary actor Jack Thompson stars in Home, where two men from town watch over a family whose lives are about to change forever.”

Don’t miss the opportunity to see amazing Australian talent on the big screen at Palace Electric for Flickerfest’s Best Of Australian Shorts on Thursday 4 April, 7pm . Tix are $25/$22 concession and include post-screening drinks. For further info and tix, click here.