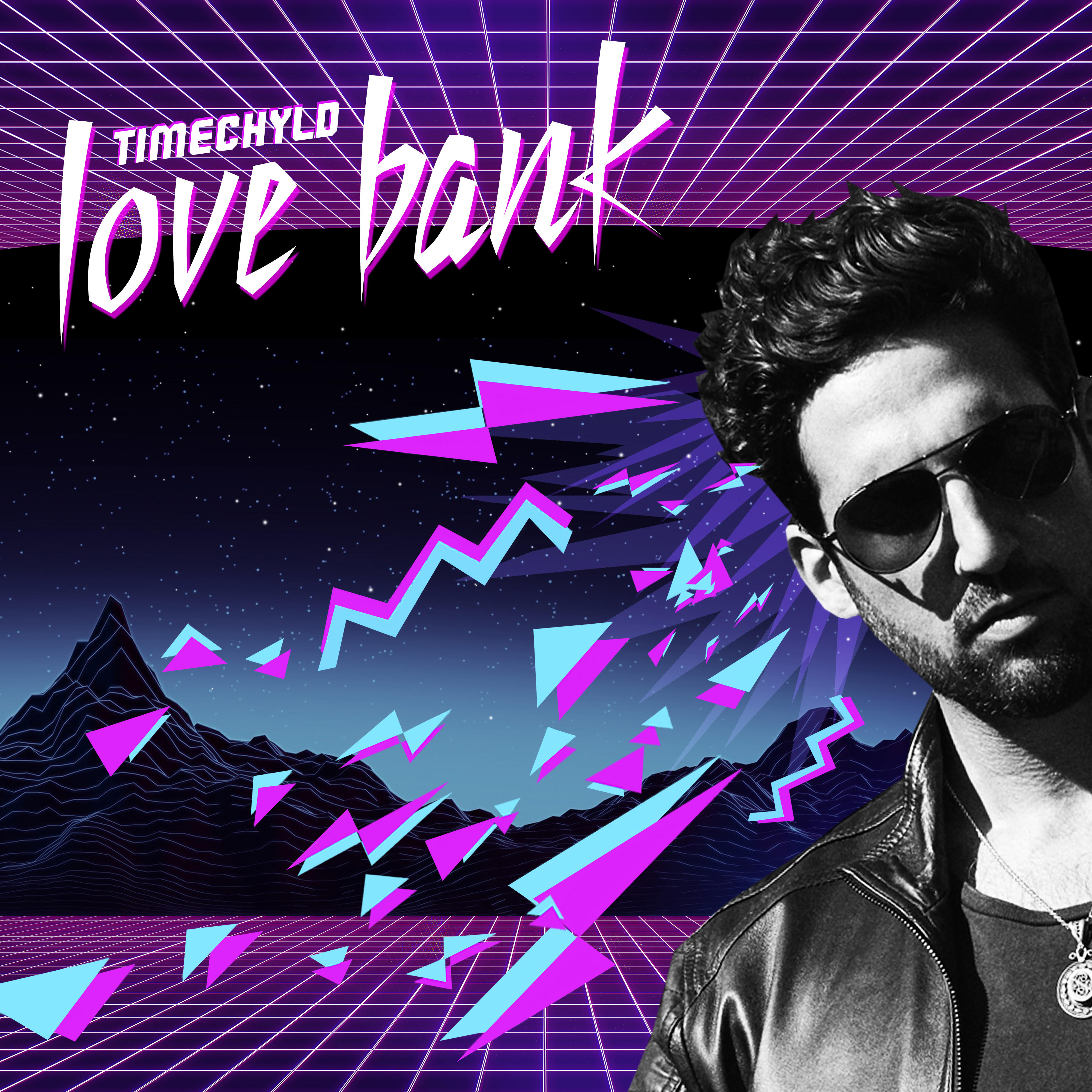 As the cover design indicates this debut track by Melbourne musician Timechyld has its roots firmly planted in the sensibilities of the ’80s.

And the aesthetics don’t end with the Tron-like graphics but continue with the song, particularly the instrumentation, the choice of sounds and several key musical motifs and phrases. A bass riff introduces the tune which is more ’70s funk than ’80s pop, laying the foundation for the rest of the song.

The obligatory 16th note clean guitar parts are there, segueing nicely into the drum feel which is somewhat busy in the bass drum department but actually makes for a nice deviation from the straight four on the four pattern one would expect from a dance track.

And it is a dance track at its heart. The blend of electro and organic sounding elements help create a kind of new-wave funk mash-up that congeals by the end into something that ticks all the boxes. The melodic range of the song peaks with the chorus, with its mix of long notes and hooky ascending ones at the end of each cycle, which allows for a satisfying resolution.

There are some attempts to modernise the production, using breaks and filtered rises to create an effective build-up into the chorus. Timechyld’s vocal performance is notable, never attempting any vocal gymnastics but relying on attitude and cheeky bombast which gives the track a tinge of humour.

There are also some seductive backing vocal harmony parts that glide in and out which temper the incessant nature of the more syncopated features of the bass and guitar parts. A solo comes in after a musical interlude slash bridge which is merely a background vocal part with the instrumentation stripped back for a few bars. It’s interesting for the fact that there is one and that it flags, without doubt, the Prince factor inherent in this track.

But Love Bank is an admirable appropriation of many disparate styles and flavours and a convincing piece of pop fun. It’s an impressive debut and will surely create a solid foundation from which Timechyld’s career will manifest.