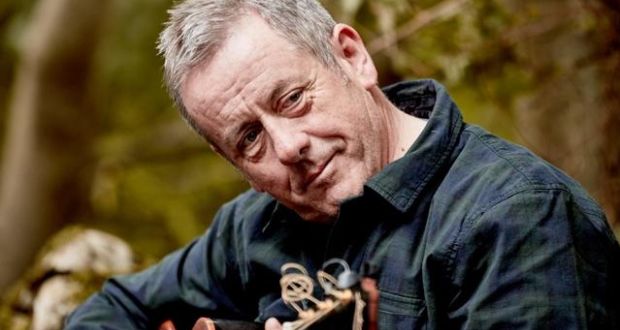 Luka Bloom chats to BMA’s Jeremy Edwards ahead of his

Globally renowned Irish Folk-musician Luka Bloom is back in Australia for his 13th tour since 1992. It’s well documented that Luka considers Australia his second home, of sorts, and while he released his latest album Refuge in late 2016, his music career spans five decades and Luka is quite correct when he says “… at this stage of the game I’ve made so many records it’s pointless coming out and doing a tour based on one record. If I only sang the songs from Refuge a lot of people would be really pissed off so I’m happy to dip into whatever’s in the old catalogue and give it a lash.”

Refuge was written in response to the global events occurring at the time, but it was not intended to be a direct response to any particular event. Luka explains: :It would be completely boring for me personally to attempt to write an entire album that was anti-Trump or anti-Brexit. I think it would be a foolish exercise for me because I just wouldn’t be any good at it. But in a year where the Trump thing happened and the Brexit thing happened and then we lost Leonard Cohen, Prince and Bowie, there was a fair bit of ol’ darkness floating around the Earth and,

“I think whenever the world has felt like an overwhelming place I would always, throughout my life, return to songs and music as a place of refuge.

So I think the refuge aspect of the album is coming more from there, than its coming from raging against the machine.”

One of the standout songs from the album is Dadirri (Deep Listening). Luka describes this piece as, “a way to prove that not everything on the internet is bad. I can’t remember what I was looking for, but I stumbled upon this group of people who live in the Northern Territory, in a place called Tipperary, which is about 200km south of Darwin.

“The practice she created is called Dadirri which translates into English as deep listening. I thought it was a lovely theme for a song about searching for stillness.

“Even in the midst of all the chaos you can still find solace and comfort in your own stillness.”

Luka continues this theme of self-reflection when describing his idea of the position of a musician in this day-and-age: “I come at all of this from a very particular perspective which is that, I think there’s a kind of a folly that a musician or a folk-singer ought to wave a flag in a particular direction or to even try to persuade people that they have an idea of how the world might be a better place. The only responsibility that any creative artist has is to be true to themselves.

“Even if all you succeed in articulating is your own confusion about all of this, there’s certain comfort in that for people.” he continues. “I think a lot of people have certain doubts and fears and worries and concerns and if all you’re able to do is to manifest that you’re reasonably awake to what’s happening, even though you don’t have solutions, there’s at least a comfort in that.”

Luka was recently involved in a launching a project in Ireland that this writer would love to see take off in Australia: “A really wonderful young man named Damien [O’Rourke from Hope Café in Shannon] has created this gorgeous little phenomenon called Cuppa Tea TV. He basically goes around to gigs and festivals, and he’s just a lover of music so he wants musicians and singers to be given a platform to sing, people who’d never get on TV or radio.

“He travels around with his camera and his microphone and I just want to encourage him. He does great work with aspiring singer/songwriters and musicians and he just comes from a place of love. He asked me if I’d be interested in participating so he set up a little gig for me, in a town we don’t normally play but it’s all about participating in your community.”

It’s very refreshing to see one of the elder-statesman of music willing to give so much support and inspiration to the next generation of music makers with honest humility. Luka Bloom is a great musician, a prodigious wordsmith and a perfect role-model for not only musicians, but anyone needing a gentle reminder to take care of yourself first and the world around you a close second.

Luka is off on an extensive Australian tour with some venues sold out already. His shows are certainly a great experience for lovers of Luka’s own style of folk-music, but also for lovers of inspired musical poetry.

Along with all the favourites, Luka will perform songs from his 23rd album Refuge for which the tour has been named. He will be performing at The Basement this Tuesday 12 March. Tickets available from Oztix, 1300 762 545 or from the Oztix website here.