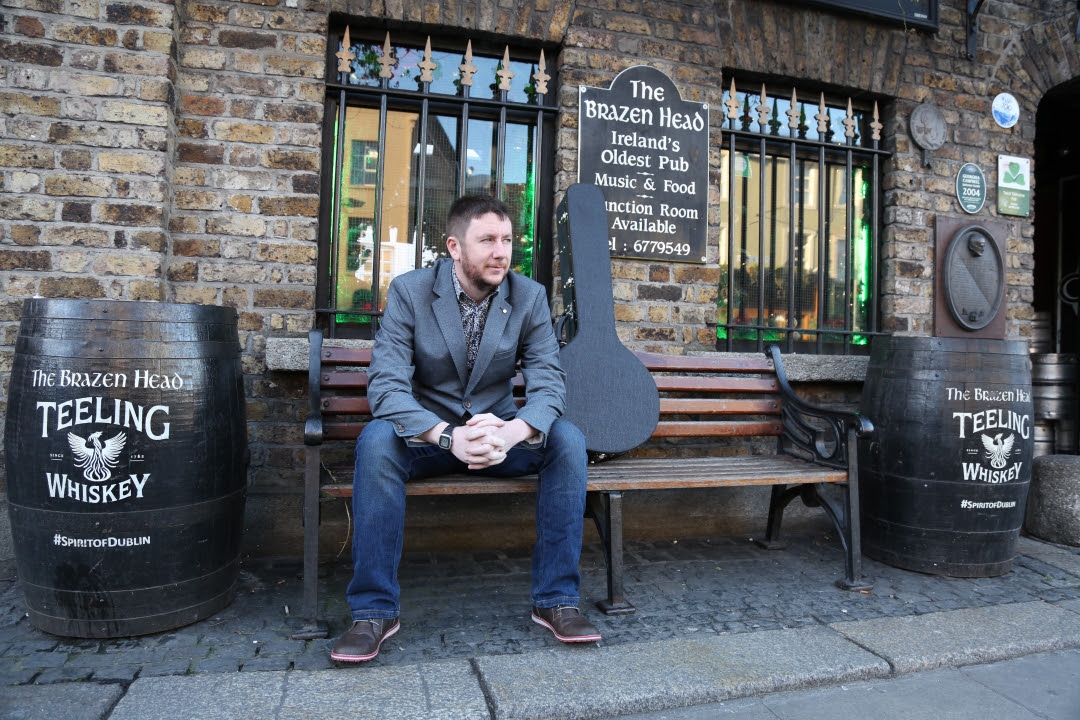 Join Daoirí Farrell, one of the fastest-rising stars of Ireland’s folk scene, as he hits Australia to celebrate the launch of his third solo album A Lifetime of Happiness. Daoirí (pron. Derry) will bring his stellar voice and Irish Bouzouki to festivals and venues on the Australian East Coast this March, with a stopover in Canberra on the 2nd.

Pundits have described the ex-electrician as one of the most important traditional singers to emerge out of Ireland in the last decade, and his meteoric rise from tradie to performances at The Royal Albert Hall has been achieved by enthusiastic worldwide word-of-mouth.

A Lifetime of Happiness was made over many months in studios in Dublin and Donegal with producer Dónal Lunny, and with brother Manus Lunny taking engineering duties.

Says Daoirí of the album: “It feels different, somehow more grown up. That for me is partly down to the song choice. Each song was very carefully chosen, and each is beautiful in its own way. I really enjoyed the process of searching each one out and arranging them all.  And I feel blessed to have had the opportunity to have recorded it with some of my favourite musicians.”

Daoirí Farrell plays at Smith’s Alternative on Saturday, 2 March. Doors 7pm. Tickets
are $30/$25 members and are available from http://bit.ly/DaoiriFarrell-Smiths