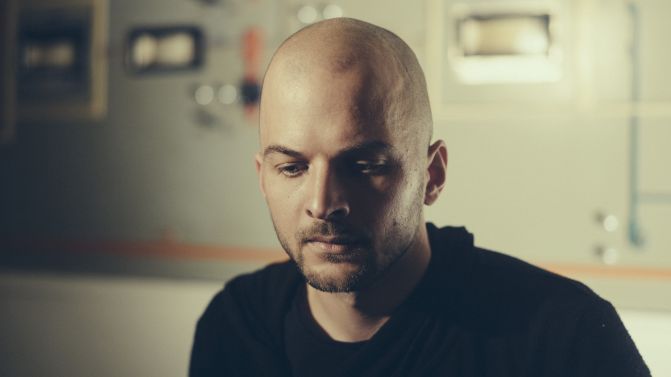 Elevation, levitation, tears, epiphanies, religious moments, revelations. Nils Frahm’s music has the ability to make the audience experience all of these in just two short hours, and this isn’t even the visceral visual element of the performance.

Surrounded by a stunning combination of ye olde worldly organs and modern sound-bending machines, Frahm truly has his finger in many pies.

Or instruments, as the case may be.

As he launches into his performance, Frahm’s body rocks almost violently with the rhythm. He dashes between synthesisers and pianos, machines and organs, amplifiers and equalisers. The keys of the pianos and organs and the knobs of the machine face the audience, so they can be observers into the intricacies of his every move.

Halfway through his show, he gives the crowd a huge grin, and asks modestly, “Can I come back to Canberra?” He has done more than win over the crowd, and they laugh in excitement.

Unexpectedly, Nils is also an extremely funny man. Introducing his song Says, he tells the audience, “I know what you like the best, ‘cause it’s had a huge number of plays. It’s a pretty old one… I wrote it when I was really fresh. I still like it, because I wrote it. But that song, unfortunately, is one of my most lame compositions. I don’t even do anything, I just press the C minor cord here, and it loops by itself. Then to give that song some narrative, I just turn the volume up.”

The audience is now in hysterics.

Frahm is a wizard on the analogue keyboard with his feet in many camps – neoclassical, jazz, techno and classical.

La is a moody, moving piece, Hammers More is a transfixing and dreamy fairytale like melody that builds and builds. When he plays My Friend the Forest, he closes his eyes and leans into the piano. It’s so quiet in the theatre you can hear every hammer on its string, and every tiny creak of the pedals.

Nils Frahm was taught to play piano at a young age by a strict Russian teacher, but he doesn’t truly reveal his sheer talent until the end of the show.

In Toilet Brushes, Frahm opens up the grand piano and plays the hammers and keys with what looks like drumsticks, but on closer inspection are…erm… actual toilet brushes. It sounds incredible, of course, and is another example of Frahm’s genre-bending creativity.

There are more jokes by Frahm about the encore, but all jokes aside, nobody ever wants the encore of the genius and charming man that is Nils Frahm to end.