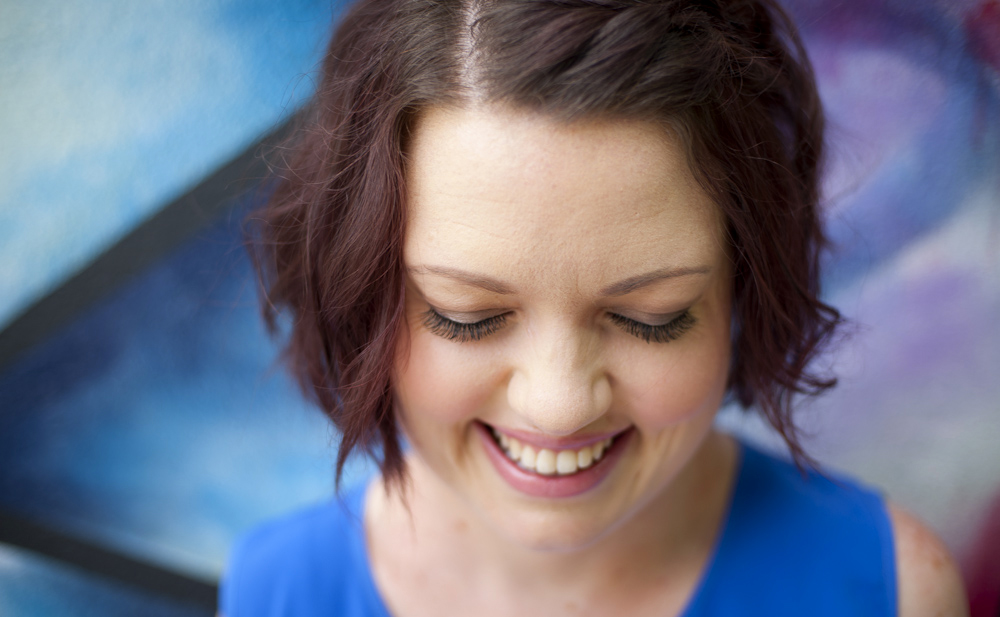 BMA caught up with Canberra singer-songwriter Ruth O’Brien, who will finally be unleashing her debut EP Invaluable; a five-track tale of social media, vanity, grief, matrimony and differing perspectives, over four years in the making.

My music sounds like a blend of all the major female singers I admired growing up.  These include Katie Noonan, Clare Bowditch, Kate Miller-Heidke, Jen Cloher, Courtney Barnett, Missy Higgins, Imogen Heap, Sia and Kimbra. I like using lyrics to create a picture in people’s minds and also like cool harmonies, so have put all that on my new EP.

See above! But also, I really like being influenced by everyday experiences and sounds.  I plan to make my music into a more electronic sound in the future using samples, loops and layers.

Performing onstage with Damian Ashcroft at the Australian of the Year Awards in 2016.  It was definitely the biggest crowd I’ve performed in front of (at least 5000) and was a fun gig. It was also memorable because in my nervousness I forgot the words to Great Southern Land!

What is the one of your proudest moments to date?

Definitely releasing my debut EP – Invaluable. It was a difficult process for many reasons. During this time my dear mum passed away after a battle with appendix cancer. Emotionally and psychologically, I was pushed to my limits – keeping to schedule when there were unexpected delays was perhaps the hardest thing to deal with – project fatigue is definitely a thing!  There were so many decisions to be made in along the way – artistically, technically, financially, logistically… all the fun stuff – I’m so glad I persisted through all the challenges. I’m incredibly proud of the end result.

I want to do more collaborations with artists of different genres and mediums.  Musically, I’m working on becoming a great live-looping artist and vocal improviser.

TV shows like Seinfeld, The Vicar of Dibley and Father Ted, great groan-inducing puns, my friends and my silly dad.

People being arseholes for no reason. Social injustice and laziness really piss me off.

More industry events and advice sessions for people wanting to develop and maintain a music career. Too many good musicians are forced to leave Canberra – I’d love to see more artists being based in this beautiful city.

The release of my debut EP! This project has taken me the better part of four years and it’s time to put it out into the world. I’m having an official launch on Sunday 30th of September from 2-4pm at the Ainslie Arts Centre.  Hope to see you there! Tickets available online at: https://www.eventbrite.com.au/e/ruth-obrien-invaluable-ep-launch-tickets-50059799207