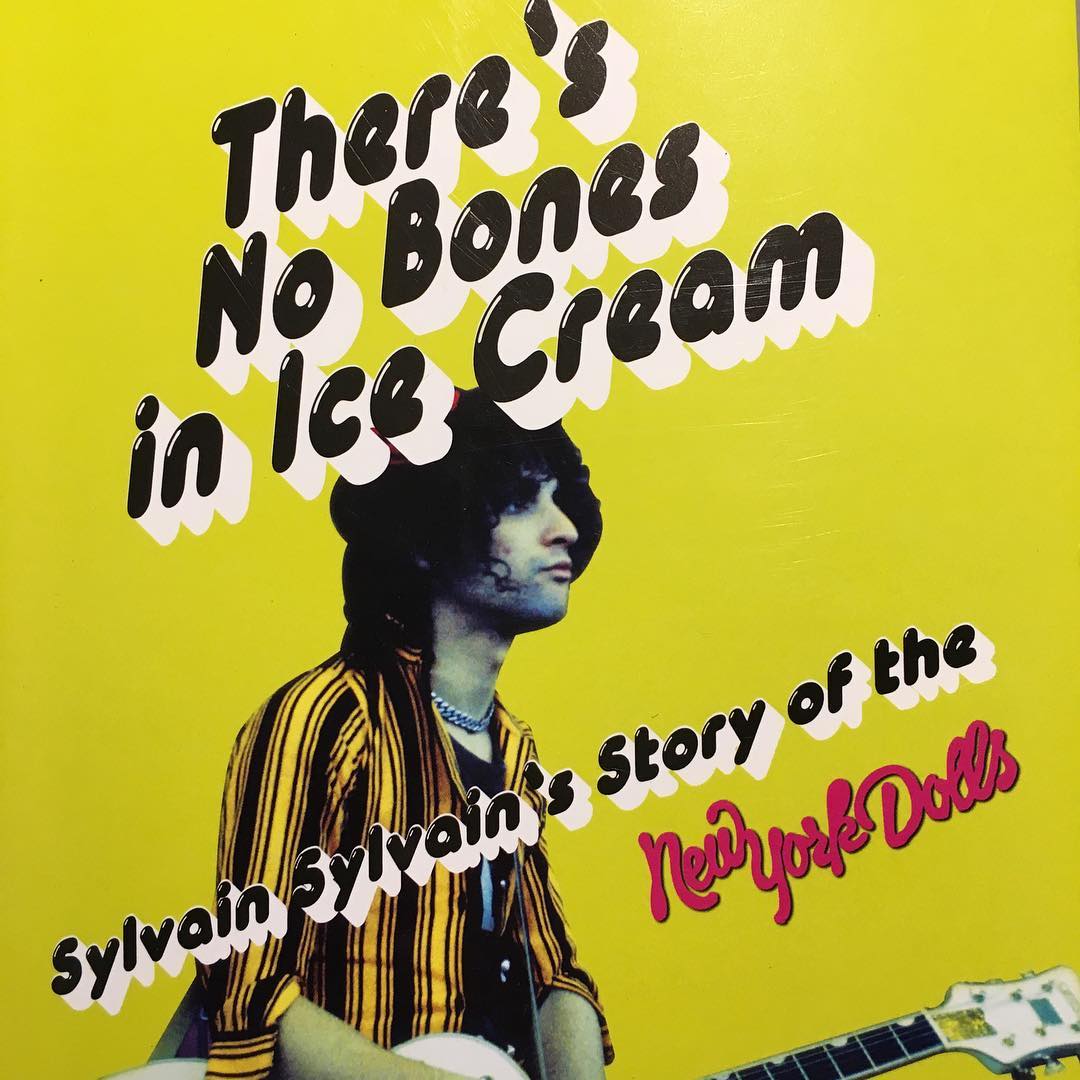 Electric blues seared the ’60s like the rising sun on an inner planet. For the generation that grew up directly under the solar flares of The Beatles, Stones and Hendrix, music would never be the same.

Appetites kindled by some of history’s most revered musicians, pre-punk punk-rockers New York Dolls got after it with more enthusiasm than skill. In There’s No Bones in Ice Cream we get guitarist Sylvain Sylvain’s frenetic experience of living the embryonic punk rock scene of ’70s New York. With peers Iggy Pop, T-Rex and MC5, the Dolls were a natural counterpoint to the ’70s prog rock that did homage to the sun gods by seeing how long you could sustain a solo before it looked like jerking off. The Doll’s three-minute shouters proved that sometimes rock’s more fun when it’s ragged round the edges.

Rock stars aren’t all writers; autobiographies can be hit or miss. Sylvain doesn’t do badly apart from the occasional meandering sidebar about whether something happened in ’81 or ’83, and as second guitarist to the arguably more infamous Johnny Thunders, having a bit of an ‘always the bridesmaid’ complex.

For the band that jumpstarted the Sex Pistols there’s less here than you might expect about the birth of punk. But what There’s No Bones… lacks in historical perspective it makes up for in vicarious thrills, as teenage Sylvain wanders blithely through Woodstock and the halls of Warhol and Westwood. Sylvain’s New York is an intoxicating, horrifying wonderland garbage-fire where on any given day John and Yoko might pluck you off the street for a weirdy leg filming. Or you might just get your head kicked in.

Sylvain’s occasional smugness is smoothed over by his genuinely interesting life. He was just starting school in Egypt when the British were bombing the shit out of it during the Suez crisis, and then fled to France with his family before making it to America where he was better at girls than math. His early obsessions with fashion and flirting are as absorbing as anything that happened after he picked up a guitar.

In their heyday the Dolls battled to build a following outside of New York. Today they occupy that strange limbo some bands stumble into of having rabid fans by the millions but little commercial success or mainstream awareness. They’ve got a rep for passing a vital spark from the Stones to the Sex Pistols, and style points for cross-dressing before KISS made it cool. As for the rest—there’s drugs, shagging, platform shoes and some music that’s almost by-the-by. And if it’s a bit shallow in places, well, it makes up for in style.