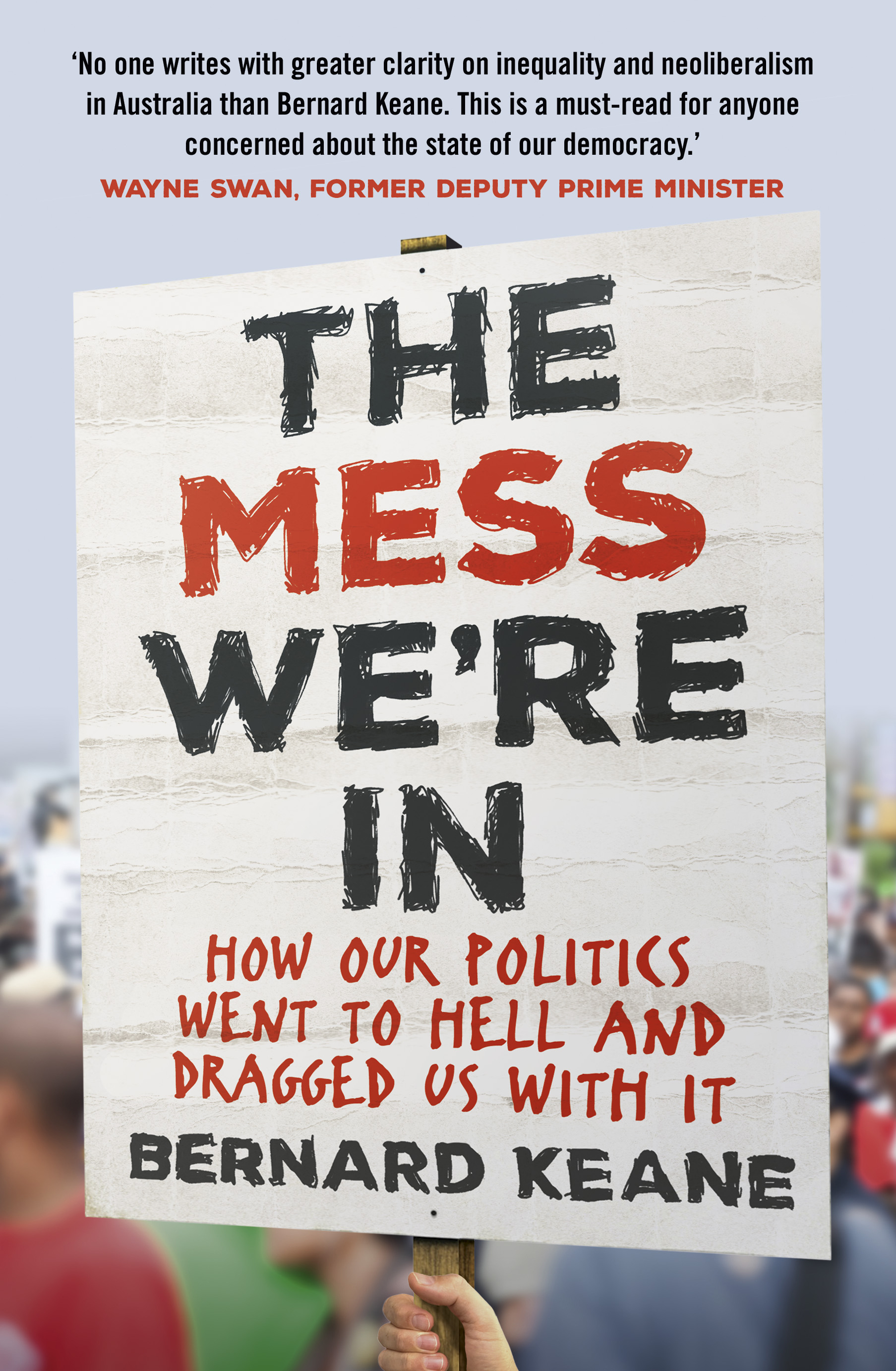 Y’all know the problem. The cool socialist clique finally asks you to come hang with them at a rally or a bar you’ve never heard of. You’re standing there trading witticisms on the latest Trump debacle, elated to be fitting in, wondering whether it’s time to invest in your first infinity scarf/black-framed glasses combo, then suddenly the subject changes and you’re expected to have a view on neo-liberalism.

And you vaguely know that people have strong opinions about it, but you can’t remember if it’s associated with the good kind of liberal or the bad kind of Liberal, so you panic-switch to climate change because you can be pro-environment without actually having to know anything about the environment #relatable #amiright

Boy, do I have a book for you.

The Mess We’re In, by Crikey journalist and view-having person Bernard Keane is a 300 page editorial on the intersection of neo-liberalism, identity politics, and the internet. By editorial I mean it’s a book, with chapters and a contents page and all the frills. But it reads like an editorial piece, striking a conversational tone that makes it seem effortless when Keane softballs hard data about the economy and nuggets of political history.

Like many books that’re floating around at the moment it asks the fundamental question, ‘What the fuck happened to politics?’ with a follow-up of ‘Is it still happening?’ and ‘How do I make it stop?’. It’s that last question that lifts this book out of the current boiling sludge of opinions. While there’s no shortage of people ready to explain how unpopular populists like Abbott, Hanson (and yes, Trump) somehow infiltrated the grown-up business of politics, Keane is the first I’ve come across amongst all the hand-wringing who outlines a plausible approach for moving forward.

The Mess We’re In does well in drawing complicated affairs together. Ever wondered why the same parties and public figures can be anti-refugee but pro-migration? Left-leaning but pro-Trump? Pro-union while earnestly dismantling protectionist policies that are supposed to safeguard Australian jobs? TMWI reconciles apparently diametrically opposed issues with the duct tape of history and basic economic theory, and does so without feeling like a textbook.

Like a good editorial, this book makes an impact. Making the news a less depressing and aggravating experience, for one. I may vote differently at the next election because I feel more equipped to grapple with economic and policy issues that I have previously ignored the fuck out of. If you would like to know what the hell happened to politics, but every time you’ve broached the question the sheer amount of human stupidity involved made you rage-quit, don’t give up until you’ve tried TMWI.