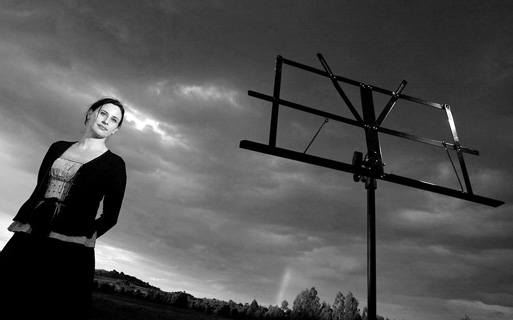 Wowee. This is set to a be a stunner.

As the Canberra Theatre Centre site states, “Singer, songwriter, painter, poet, activist and voice of a generation, Joni Mitchell, is an essential part of the soundtrack to the twentieth-century.”

Indeed she is. And Australia’s best and brightest performers – Kate Miller-Heidke, Ella Hooper, Wendy Matthews, Kristin Berardi, and Canberra’s own Rachel Gaudry – will be recreating Miss Mitchell’s life and career for the Both Sides Now show at the Canberra Theatre Centre on Friday July 20.

I, Allan Sko, had the pleasure of a half-an-hour chat with Miss Gaudry to learn about her destiny as an accomplished pianist; preparations for such a show; and a fervent discussion on whether, “It’ll be alright on the night,” is a good or bad thing to say.

Plus, debating whether the power of springing a cock-and balls or boobs pic to an unsuspecting fellow performer on the night of the show is a good idea or not.

Tickets can be gleaned from this HOT LINK!