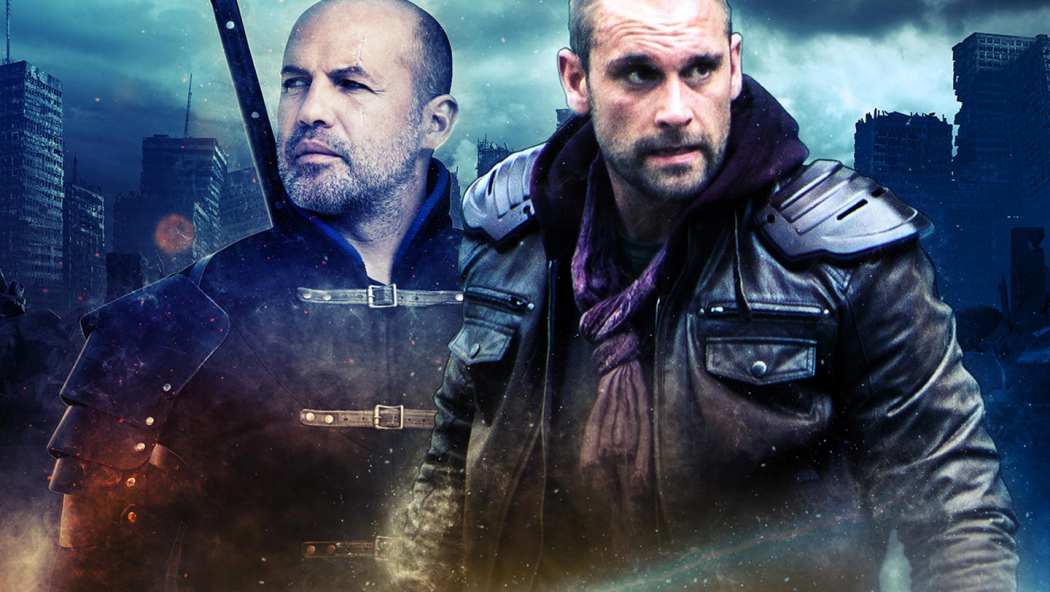 Global devastation by a new bacterium; its cure via a broadcast digital virus with hidden costs; a father’s quest to awaken his daughter from the coma that the virus inflicted on her two years earlier; and a rebel community’s desperation to destroy the transmission tower before the next virus update are the contending elements that commence a dramatically shot tale of mysterious mayhem that appears to be set in… wait… that’s Canberra!

Depending on how much of Canberra you’ve explored, you may recognise a brickworks here, an alleyway there; you’ll certainly recognise the forbidding transmission tower. You may notice too a few old friends — amongst them Billy Zane (Back to the Future; The Phantom), Jack Thompson (Breaker Morant; The Light Between Oceans), Bruce Spence (Mad Max: Beyond Thunderdome; Dark City), Stephen Hunter (The Hobbit), and Jake Ryan (TV’s Home and Away).

And of course you’ll recognise a few of the story elements. But Blue World Order’s 90 minutes packs convincing dialogue and action into a dense tale of love, hope, and megalomania with turns sharp enough to leave you breathless. Canberra’s now seeing a cut that’s restored previously excised scenes, with which the story unfolds more smoothly.

Blue World Order commands attention and rewards it. This well-acted, fast-moving epic does its modest budget and its home city proud. It’s a fun ride. Look out for it, and spot your friends amongst the extras!