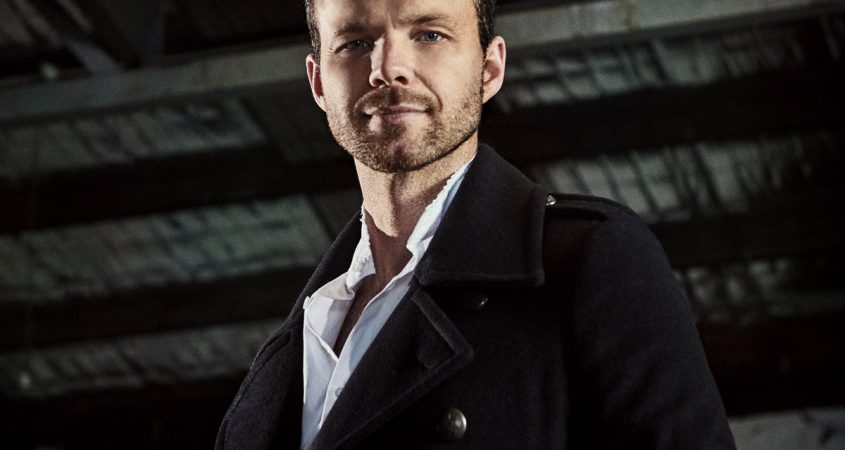 Since launching his time-travelling “dance-through-the-decades” party persona in 2011, HOT DUB TIME MACHINE (aka Tom Loud) has taken the temporally bold concept from strength to strength. For our chat, Loud called in from a playground somewhere in Sydney, just as the school run was kicking in.

So you’re wrapping up your tour in the ACT and you’ve played a few shows here before, what are your best memories?

I’ve actually only really played the Spilt Milk festival the year before last. I played at Academy about 7 years ago but you can’t really count that… We really wanted to include the ACT as part of the tour because for me Spilt Milk has been one of my favourite small festivals to play in Australia. We saw how strong the community was in Canberra and wanted to be a part of that.

You guys have played in plenty of wine regions, do you feel like there’s a different vibe to the audience and atmosphere compared to other festival grounds you’ve played on?

It is and it isn’t, when we started Wine Machine there was still this stigma and reputation that young people didn’t want to go to gigs in nice places such as vineyards, that was just for the more classic acts for people in their 40s. Now we’ve brought people to experience festivals like this in nice settings like the wine regions we have been touring too.

Are you a wine drinker? Are there any wines during the tour that have really made your taste palate burst?

I am a wine drinker yes. I find wine to be a lot more of an intimate experience to drink than things like beer. I’ll sit at home with my wife and open a bottle of wine and that will just be a good experience because you’re sharing something.

This isn’t your first year doing the festival, do you think it’s going to get bigger and better?

We’re not going anywhere, we’re going to keep going, we would love to keep it going nationally and get it alongside all the other annual touring festivals in Australia. We’re going to continue to grow. Something like this is super fun for me to do because I’ve had the opportunity to play in most theatres and clubs in Australia, it’s something very unique to play at events like this.

To any aspiring DJs in the ACT, what advice would you give to them?

The thing that I always like to tell people which is really important – is to do things that other people aren’t doing. If you see someone doing something – do the opposite. There are still a lot of DJs using CDs and producing, I like to use the classic records. Another thing I like to tell people is to make mistakes, don’t let the mistakes stop you – let it resignate, and that’s with any type of music.

Hot Dub Wine Machine kicks off this Saturday March 31 at Pialligo Estate. Head to wine-machine.com for all the details. Head here for tickets. .

Liked it? Take a second to support Shan Egan on Patreon!

Support Shan Egan on Patreon!
9% complete
When we reach $500 per month we will begin the official BMA Podcast. This will include interviews with some well-known musicians and artists, tips and tricks for publishing in print and online, as well as other discussion topics around Bands, Music and Arts in Canberra!