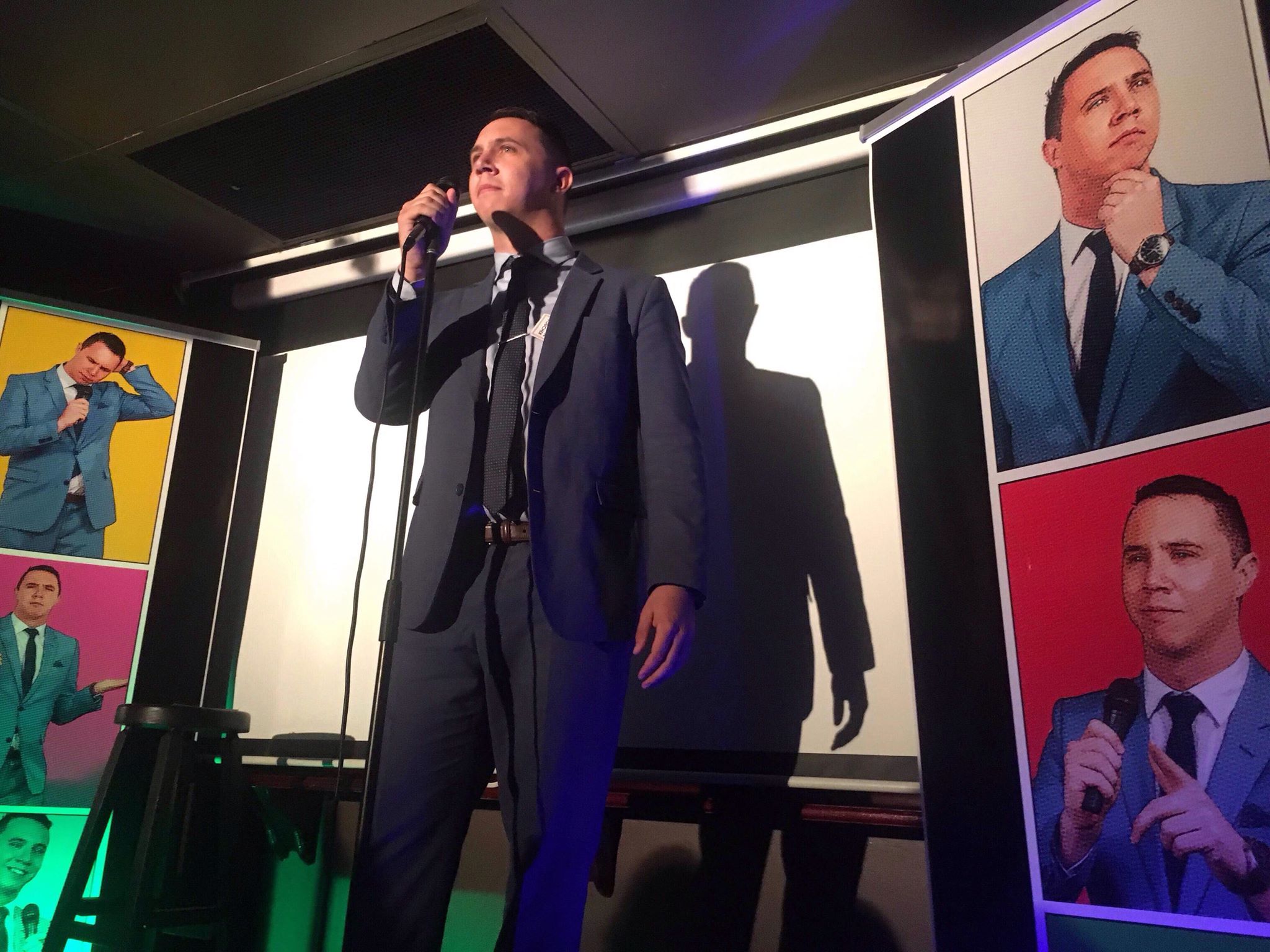 All three performers on this very enjoyable and mirth-filled eve of comedy seemed to deliver an on-going theme, deliberate or not, of giving grief to the southside girls!

Big ups should be paid to Canberra comedy mainstay MC Greg Kimball for – in his words – pulling his material out of his proverbial at the last minute. His time on the circuit – and keeping the cogs of comedy in Canberra turning – allows him to seemingly effortlessly perform such a feat. I’d like to have a beer with this guy.

After suitably warming up the already-animated sold out crowd, Cy hit the stage and was soon to remove his shirt to accompany his routine on tattoos. I am always willing to appraise a shirtless man, so thank you Cy (pronounced Ky). I can objectify you while you make me laugh.

Delving into the bleak realities of relationships may have received some groans and coos from the audience but it certainly has its place by contrasting the highs and lows and laughs of a marriage breakdown. Apparently that’s possible. Cy will no doubt hone his performance skills quickly and what a terrific audience to deliver his thoughts to.

20 minutes in and it was time for the man of hour, Luke Bernie, to hit the stage for his first full length show. But before the hometown crowd could applaud him onto the stage, we were hit with a high school style powerpoint presentation, which offered a lovely insight into what was to follow and no doubt gave him a moment to gather himself.

It was a shame I couldn’t initially see the punchlines behind the big guy in front, but I got there eventually, as did all the swaying heads ahead of me.

Whilst visibly a tad nervous, Luke found his rhythm after about ten minutes, calling upon his ten years’ experience to craft a fast paced, 200 one-liner set cunningly broken up with visual aids. I’d say the concentration of buff, heavily tattooed gentlemen in the room weren’t just all my Tinder matches, and were there to support their buddy, as laughter filled the room throughout the set.

Citing Jimmy Carr as a major influence, Bernie delivered an impressive rapid fire delivery of thoughtful and clever one liners. While there was some crossovers with material we’ve all heard before, there was also some fabulous observations that offered two and three deep punchlines that energised the space and increased the laughter with each delivery.

Off-setting potential toe-curling jokes on eating disorders was his charming, self-deprecating nature, most notably ribbing himself for having no chin.

Overall this was a hugely enjoyable and hilarious evening, and I can see this being the first step in a bright career. Luke is tremendously likeable!

Also, mate, we don’t care that you don’t have a chin! What you may lack in chin you more than make up for in punchlines. Damn nice suit, too.