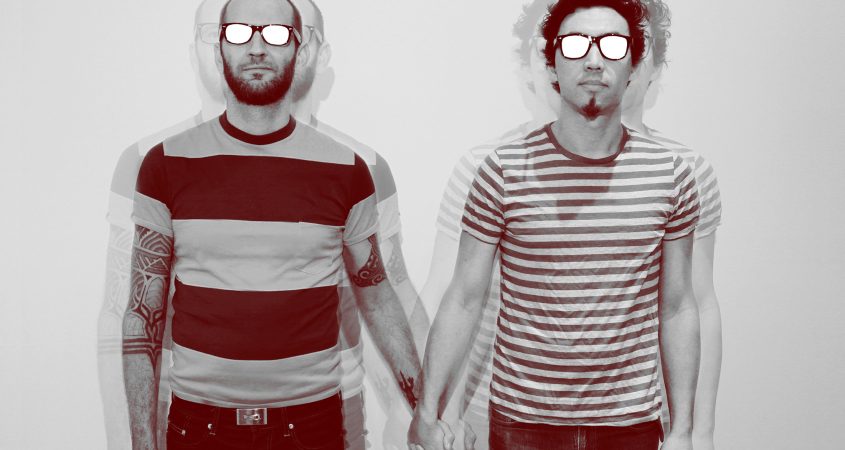 REGURGITATOR are the boys from Brissy that just keep on giving. Even after a slew of Australian shows celebrating the 20th anniversary of their album Unit, they’re hitting the road again, this time taking us on a whole new journey – performing iconic album The Velvet Underground and Nico in its entirety.

I’m speaking to bassist Ben Ely from my bed, sniffling into the phone at the height of a nasty summer cold. But even if the details are a bit hazy, the idea for the show seems wild.

“The gig came about because our manager books music for Up Late at GOMA [the Gallery of Modern Art] and the NGV [National Gallery of Victoria],” says Ely. “He’s been doing this for about 10 years but he’s never had us play there. Finally, he says, ‘Hey I’ve been thinking about you guys playing at the NGV. If you were going to do a gig at the Ai Wei Wei and Andy Warhol exhibition, what would you do?’. The first thing that came into my mind was that album, the Velvet Underground and Nico.”

If you know the album, you can expect to hear all of the songs treated exceptionally close to their original form, but swap out the violins for a guzheng – a traditional Chinese instrument – performed by Mindy Meng Wang.

“The idea was to collaborate with this friend of mine, Mindy Wang, who worked with my wife. She plays this instrument called the guzheng and has played for some contemporary dance performances so I thought it would be great to get her involved. The Gallery thought it was a really good idea and we had a lot of fun doing it. Eventually word got around and since then we’ve done the show a few more times in Tassie at MONA FOMA, Brisbane Festival, Adelaide’s OzAsia Festival and Sydney Festival.”

“There’s a sense of inventiveness with it but in quite a minimal way, which I guess is what we’ve always done too.”

You can also expect enthralling visuals by Ken West, making this show not just a feast for the ears but one for the eyes.

“He just happened to be working on the MONA FOMA festival and on stage we spent a lot of time just watching all of the visuals around us like wow. His stuff is very dark and psychedelic and mostly a live improvisation. We were lucky enough to get him for a couple more shows and we’re hoping he’ll come work on the Canberra show as well. Either him of one of his off-siders will come and do that for us. It definitely goes with the 1960s New York, Andy Warhol vibe but in a modern setting and with modern technology which is quite interesting for us. Because a lot of the A/V stuff is improvised it’s different every time as well.”

For those of us who are long-time fans of Regurgitator, we know that they’re approach to music has always been changeable and unexpected with each new project. With their first album Tu-Plang they showed us their pop/rock sensibilities on tracks like ‘Blubber Boy’ and ‘I Sucked A Lot of Cock To Get Where I Am’.

Off the same album, ‘Kung-Fu Sing and Miffy’s Simplicity’ reminds us that Gurge is a punk band with boundless energy and presence on stage, but since then we have learned that to be a fan of Regurgitator is to commit yourself to the hybridity of their sound with each new project they dive into. Ely tells me a little about their pop songs, which take on a more palatable and manufactured sound, yet to mix the musical content with the markedly unpalatable lyrical content, hails back to the very era they are tributing with their Velvet Underground set. I asked him how much the VU album has inspired Regurgitator in the past.

“I think it has over the years, but generally it’s more a feeling. There’s a sense of inventiveness with it but in quite a minimal way, which I guess is what we’ve always done too. I remember the first time I heard it I was at my really good friend’s house who used to turn me on to really great music. I think he first played ‘Herion Song’ and he was like “just listen to how crazy this is!”. That song just builds and builds in intensity and it has these lulls in between and it has no real traditional structure to it. Hearing it for the first time I thought ‘oh wow you can actually do anything with music and you don’t need to follow the rules with music’. I guess it set this idea in a lot of people’s heads, that you can really do anything you want with music. If you grow up in the suburbs and all you hear is Madonna’s ‘Like a Virgin’ or Metallica songs on the radio, and that is the spectrum you are working from, then you hear the Velvet Underground and it’s a whole new concept of approaching music. In saying that, it is still very much pop music.”

REGURGITATOR bring The Velvet Underground & Nico to the Canberra Theatre Centre on Friday February 2 from 8pm. Tickets from $69.00+bf through canberratheatrecentre.com.au.

Keen to head to the show? We have 2 double passes to give away! All you have to do to be in the running is tell us below which The Velvet Underground & Nico song you most want to hear Regurgitator reimagine.

Liked it? Take a second to support Hayley Manwaring on Patreon!

Support Hayley Manwaring on Patreon!
12% complete
When we reach $500 per month we will begin the official BMA Podcast. This will include interviews with some well-known musicians and artists, tips and tricks for publishing in print and online, as well as other discussion topics around Bands, Music and Arts in Canberra!