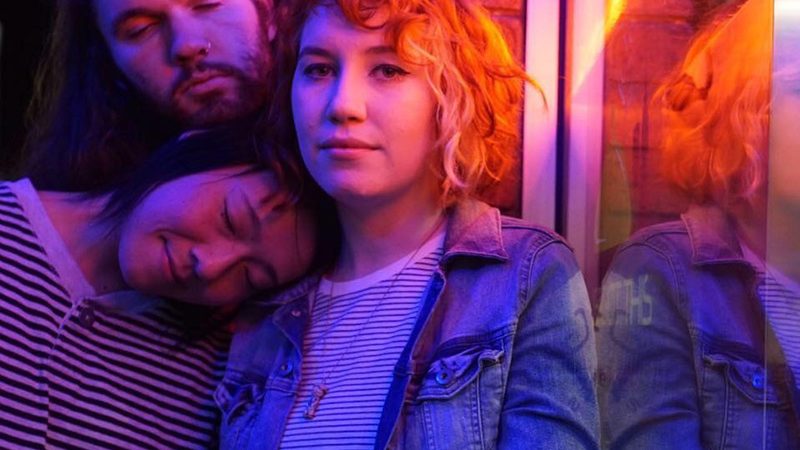 What is the appropriate reaction to our societal malaise in a world that’s looking more and more different from the one in which most of us were formed? The answer, it seems, is not simple. “We’re sort of… nuanced anger,” says Luke Byrnes, the bassist for Melbourne trio FACE FACE. “Because we do have angry songs but we also have softer songs. We’re playful.”

He’s right. While the bedrock of their self-titled debut is a defiant rejection of the status quo, Face Face do not appear to take themselves any more seriously than they do society. This album is a reply to the façade and frustrations of modern living – one which is candid, genuine and irreverent.

While the more troubling aspects of our society can seem insurmountable, Face Face take a fresh approach to these issues. Yes, they’re angry, but they also seem to be thinking… “this is so bad it’s funny.”

With an album that is intermittently thrashing and lamenting and pleading and screaming, there is room for that irreverence and playfulness that comes with having been through the ringer enough times. The penultimate track ‘Mars’ is a great example of this. After wading through “the broad spectrum of human emotion”, ‘Mars’ is an exhausted but fun song that is as simple as it’s chorus refrain “maybe we should move to Mars”. They’re saying “Fuck it, let’s just pack our bags and get out of here. Don’t worry about it.” Maybe we should move to Mars.

Face Face have a unique, yet familiar sound. It is a fusion of different emotions and style that may not have been executed so effectively by a lesser group. Their distinct vibe is anchored by the grungy authenticity of their distorted guitar and crashing, relentless drums. This is in combination with the sorrowful lament and disaffected rage of Lauren Perkins vocals which more than evokes the best qualities of the late Dolores O’Riordan.

While this illustration is seemingly intense, I think the key element to their style is that, at its heart, it is fun. “It’s been really great playing these songs. I think it’s a testament to how fun they are that we’ve been playing them for two years and haven’t gotten sick of them yet.”

Face Face is an album (and band) for the discontented. Those who can see a time and place when music and life was as simple as three friends in a garage with well-loved instruments venting their frustration to the world and having a blast doing it.

“We call ourselves a Nostalgia 90s Band,” says Byrnes. “We want to describe ourselves with as few adjectives as possible. We’re something candid but not too serious. I would say we’re… optimistically cynical? Yeah.”

FACE FACE will hit Transit on Thursday January 25. Doors from 8:00pm. Tickets $10 at the door.

Liked it? Take a second to support Ryan Curran on Patreon!

Support Ryan Curran on Patreon!
7% complete
When we reach $500 per month we will begin the official BMA Podcast. This will include interviews with some well-known musicians and artists, tips and tricks for publishing in print and online, as well as other discussion topics around Bands, Music and Arts in Canberra!