It’s 2018. You’ve woken up to stifling heat, fatigued by irksome people making the ‘I haven’t showered since last year haha!’ joke and it doesn’t feel like much has changed. Has it? The new year is, at its core, a commercial abstraction of a minor celestial milestone; list making journalists are validated, the party shops go gangbusters, and BWS makes a revoltingly huge profit. Endless thinkpieces compartmentalise years with labels of activity like celebrity deaths, kombucha and Trump, but frankly, it’s all arbitrary partitioning. A certain sardonic folk singer said it best, noting, we’re all just specks on a speck on a speck; the new year doesn’t matter and nothing changes. So what’s next?

Unfortunately, I can’t recommend any practical means with which to deal with the ramifications of this eye-opening realisation, however I can recommend a soundtrack: No Wave. A delightfully psychotic musical movement that appeared for a brief ear wrenching moment in 70s New York, no wave continues to reverberate through experimental, industrial, dance and rock music to this day. No Wave sounds like nothing, is going nowhere and is made for no one.  Pulled together from wretched scraps of punk, jazz, blues and infected funk, its warbled shouts pound over botched rhythms and unadulterated nihilism.

Although it appeared concurrently with punk rock, it certainly wasn’t its companion; more a correction to its commercially restrained anarchic efforts failings and as the antithesis of the new wave co-opted by the corporate streams. The genre received its moment in the moonlight when synth luminary Brian Eno curated the compilation No New York in 1978, capturing four progenitors of the genre: The Contortions, Teenage Jesus and The Jerks, Mars and D.N.A. These artists weren’t manifesto writers; the movement was a pure expression of the apocalyptic loneliness that permeated a recessive, post-Vietnam New York. 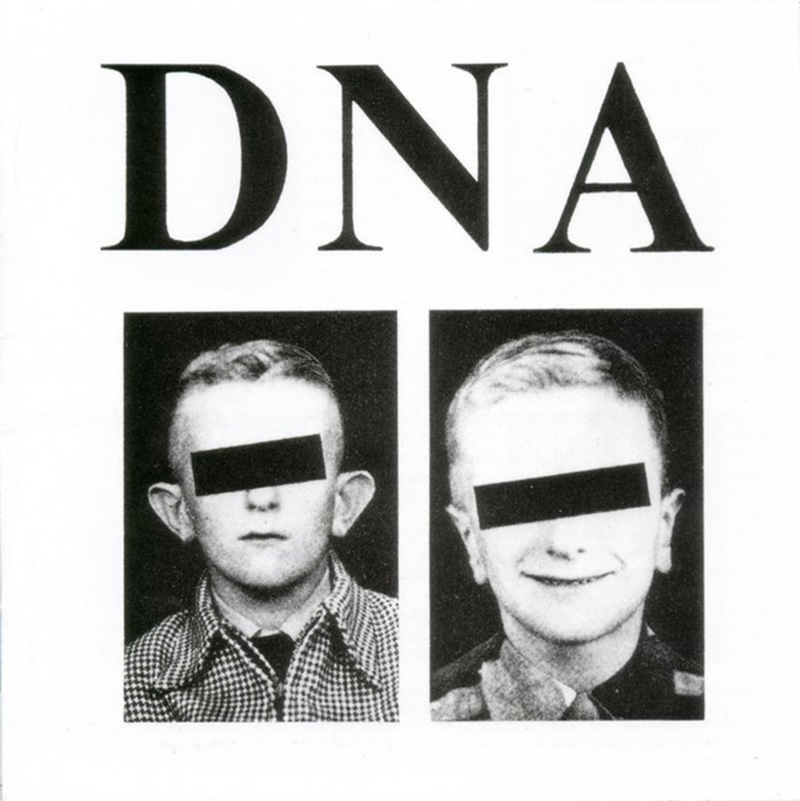 Each artist is granted four songs to caterwaul in order of written, getting progressively uglier, scattered, and broken as they continue. It is D.N.A. however that stick out the end of the compilation like a snapped thumb. A trio that never quite managed a full-length release ply a kind of dance punk truer than anything of the Rapture-fueled craze of the 2000s. ‘Egomaniac’s Kiss’ is hellishly caustic and twitches nervously, constantly barring musical catharsis. Vocalist Arto Lindsay’s voice is excruciatingly enunciated and full of terrifying self-loathing, spitting dadaistic collage poetry (“Trying to eat that self real slow / less than awful, more than naked”). The guitar is frantically raked above the pegs, emulating the sound of glass shattering over and over. ‘Not Moving’ is a stunning cacophony, the organ sounding like a demented cash register whilst guitars are bound by nothing more than the human hand.

Sadly, No Wave faded out as quickly as it faded in, but its viral pessimism wore through to a multitude of later pliers of musical nihilism like early Sonic Youth, the Lounge Lizards and most significantly Swans. Swans’ debut record Filth from 1981 is an essential epilogue to the no wave book, stretching its fatalistic qualities to anger, hate and revulsion. The lyrical and aural modus operandi is sadomasochism, its chillingly industrial production made to match. Opening track ‘Stay Here’ crunches a low dissonant bass drone below vocalist Michael Gira’s  monotonous groans (“Be hard, be hard … flex your muscles”). Few records beg your attention as much as Filth yet punish you as hard. Swans are a very different group now, but the enduring vein of No Wave hasn’t stopped pumping oil through their anti-art machine.

Much has been romanticised of the No Wave moment since; yet No Wave was never an adoptable trend, neither was it fashionable; it took the aesthetic of punk, stomped and puked on it, and refused to be proud or do anything but make something they believe in, no matter how fucked up. Pain is timeless. Happy New Year!