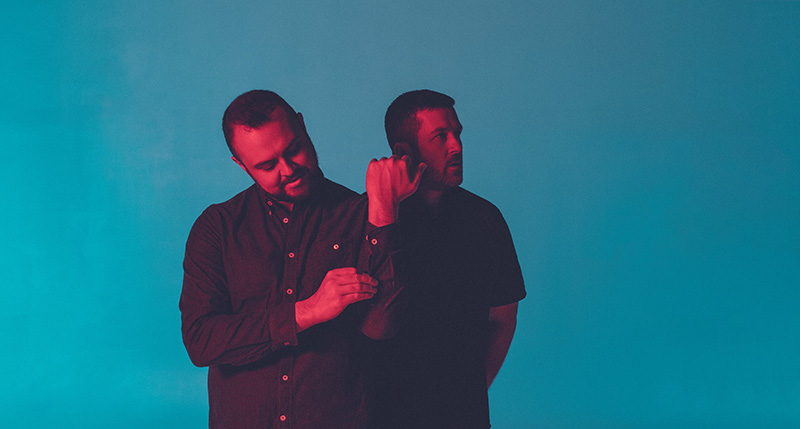 Over ten years ago, Canberra-based Mikah Freeman and Vance Musgrove discovered their passion for producing and playing fresh dancefloor hits to a hometown crowd. Under the moniker THE ASTON SHUFFLE, Mikah and Vance came out with ‘For Everyone’ in 2007. ‘EDM’ was barely a buzzword but the world was afire with a flavour of electro-house that would soon set the stage for that phenomenon.

The Aston Shuffle grew a following on the back of their remix work – not uncommon for the baby-faced producers of the day. Finding their home on the Ministry of Sound compilations, the Shuffle remixed everything from PNAU’s ‘Baby’, to the explosive Calvin Harris and Dizzee Rascal collab, ‘Dance Wiv Me’, and even London Grammar’s ‘Wasting My Young Years’.

“We have done a few remixes over the years, but lately it’s like we’re knocking back three out of five,” Mikah tells me. “It’s gotta be something that we’re really especially into, from a personal point of view, to throw our heart and soul at a remix.”

Their latest rework is for none other than UK big beat powerhouse, Fatboy Slim. Invited to showcase ‘the Australian sound’ against Fatboy’s classic singles, The Aston Shuffle’s remix of ‘Sunset (Bird of Prey)’ will appear on the upcoming Fatboy Slim vs Australia compilation. Mikah tells me it’s exciting to be among the chosen few to exhibit ‘the Australian sound’ to the world.

“I just remember how into that song I was when it dropped – and the fact that it had sampled Jim Morrison from The Doors – I was really, really psyched on doing that remix. And it came together so quick, we’re really happy with the outcome. It’s pretty different and quirky from the original,” says Mikah.

I have to pick at Mikah for information about a new album – it’s been four years since their glistening house masterpiece Photographs, and seven years since their dirty electro debut Seventeen Past Midnight. When is the next chapter in The Aston Shuffle hitting our headphones?

“It’s kind of weird. After we did Photographs, we just wanted to clean the slate for a while. We wanted to focus on doing single by single,” Mikah tells me, noting their work on their recent singles ‘Pass You By’ and ‘Alpha Love’. “And then funnily enough, Vance was back in the country over the Christmas period, and we were just talking about how we’re sitting on so much music. And I say, ‘man, should we do another album?’

“We haven’t spoken about it in so long and then the word just came up. It’s like, whoa – it’s a weird word to say, ‘album’,” Mikah laughs. “It was the first time it’d come up in a couple of years. So, we’re certainly not saying it, but with the amount of music we’re sitting on, I definitely think it’s something that could be doable. But I guess we just gotta work out if that’s the path we want to go down in 2018.”

Aside from their prolific careers as producers, Mikah and Vance are also known for their longstanding residence on triple j’s Friday Night Shuffle. In charge of the national broadcaster’s end-of-week dance party, the radio show affirms the duo’s wide knowledge of the Australian dance scene. With his finger on the pulse, I have to ask Mikah if he’s excited about where the Aussie scene is going in 2018.

“It’s really, really exciting to be an up-and-coming producer or just a producer in general at the moment.”

“There’s so many scenes, sounds and genres popping up all over the place, it’s hard to keep your finger on what’s happening,” he says. “I think house music has blown up again, there’s all these really dope up-and-coming house producers; and then also the whole Aussie beats scene and the trap scene is absolutely huge as well.”

But Mikah agrees that the dance industry isn’t the same as it was ten or even five years ago. What’s his advice for young producers looking to make their mark on the industry? “When I first got into it, to have your music known, you almost had to have a big international remix on your single packages. Now it’s like, with the power of technology, everything’s so instant and it doesn’t matter where you’re from anymore.

“For the first time in a very long time, a lot of overseas labels, festivals and touring agencies are looking to see what we’re doing over here [in Australia],” Mikah explains. “I think it’s really, really exciting to be an up-and-coming producer or just a producer in general at the moment – everyone’s looking for that next big thing! So, if you’re concentrating on your sound and trying to make it unique to what everyone else is doing, you’ll definitely stand out!”

As for the Canberra scene, Mikah says that it’s healthier than ever – the ideal environment for an up-and-comer to start out. “There’s some decent nightclubs around town, so you need to try and develop your sound as a producer but also as a DJ. The signal to noise ratio is out of control – everyone’s a producer, everyone’s a DJ – so if you really want to stand out, it’s all about taking the time necessary to really develop your own sound and be as unique as possible.”

Mikah of The Aston Shuffle will be returning to Canberra in February to play at Googfest. Needless to say, he thinks it will make for a special homecoming. “I’ve heard really, really good things about this Googfest. The SAFIA dudes did it [in 2017], and from what they said it’s a pretty dope festival. It’s the first time I can bring my whole family to a show as well so it should be fun!”

GOOGFEST is on at the Rockley Oval from 5pm–9pm on Saturday February 3. Entry is free.

Support Andrew Nardi on Patreon!
11% complete
When we reach $500 per month we will begin the official BMA Podcast. This will include interviews with some well-known musicians and artists, tips and tricks for publishing in print and online, as well as other discussion topics around Bands, Music and Arts in Canberra!