Greetings 2018 . Hope you had a good Festivus, if you spent it in the wilds of Victoria at the UNIFY Gathering, or something bit more traditionally heavy. Maybe you are gearing up for the Thrashville on Saturday January 20 in the bush at Dashville in NSW. If you didn’t know, the lineup features Frenzal Rhomb, King Parrot, Batpiss, Frankenbok, Gay Paris, Throldhaugen, The Australian Beefweek Show, Void, Post Truth, Paper Thin, Rort Menace, Jones the Cat and a new band called Dashville Progress Society.

Australia Day has become contentious for a bunch of well-worn reasons, so it’s interesting that the 27th is becoming the day of choice to celebrate with the Triple J Hottest 100 moving a day later and there’s a Bangers & Mosh show on at The Basement on the same day for those seeking something a bit heavier. Lions Of the Underground, Kitten Hurricane, Scavenger, The Maybe List, Prophecies, Reliqa and “secret band” will be out in force for your entertainment.

Mental Cavity had a big 2017 with their debut album and have played a bunch of shows toward the end of last year which sees them in fine form for their show at the Basement on Friday February 2 with Gvrlls, No Haven, Potion and Disavow.

Ne Obliviscaris bring romantic metal violin fittingly on Valentine’s Day at the Basement as I mentioned last issue, but announced in the interim is a show sure to wipe any semblance of romance on Thursday February 15 with the rerun of uber brutal Cattle Decapitation. On a national tour with Psycroptic, and joined by locals Inhuman Remnants and Wretch, it’s a great international show to have without having to head to Sydney so make sure you get along and support it.

Another welcome international show announced for The Basement on Thursday February 8 is the USA’s thrashin’ Lich King bringing their new album The Oniclasm to the country for a 12-date tour. In tow for the Canberra show is the evergreen Reign of Terror and Terravorous.

If black metal is your bag and you feel like a drive though, Mayhem doing De Mysteriis Dom Sathanas in full this weekend in Melbourne might be for you.

Also on the blackened front, Ihsahn, he of the legendary Emperor announced a one off show at Max Watts in Melbourne on Monday May 7. Only Aussie tour show, which makes me suspect he’s out doing some production work – it will be interesting to see how that pans out. 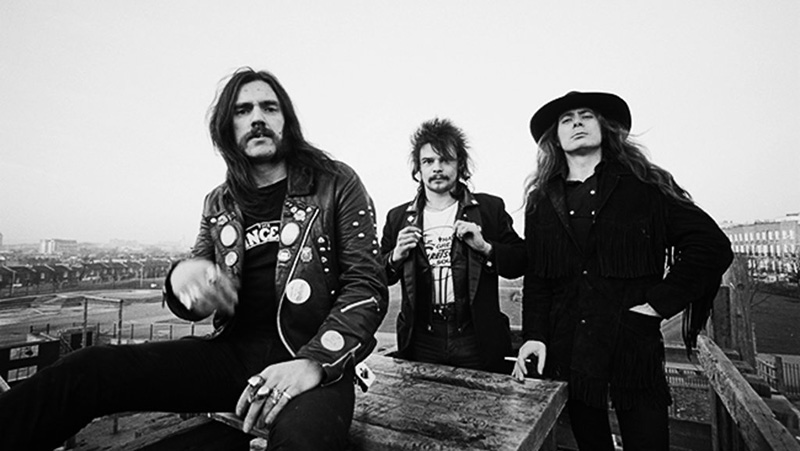 So we begin the year acknowledging the passing of Edward Allen Clarke, otherwise known as Fast Eddie Clarke, and farewell the last surviving member of OG Motorhead. When people say you can’t be heavy playing a Fender strat, you can slap them with Motorhead, Overkill, Bomber, Ace of Spades, No Sleep Til Hammersmith and Iron Fist. The Fastway catalogue to be fair too. If it were possible that the afterlife could run out of JD & wiz, then it happened on Wednesday January 10. Vale Eddie, science will struggle to come up with a measurement for how cool the original Motorhead lineup was.