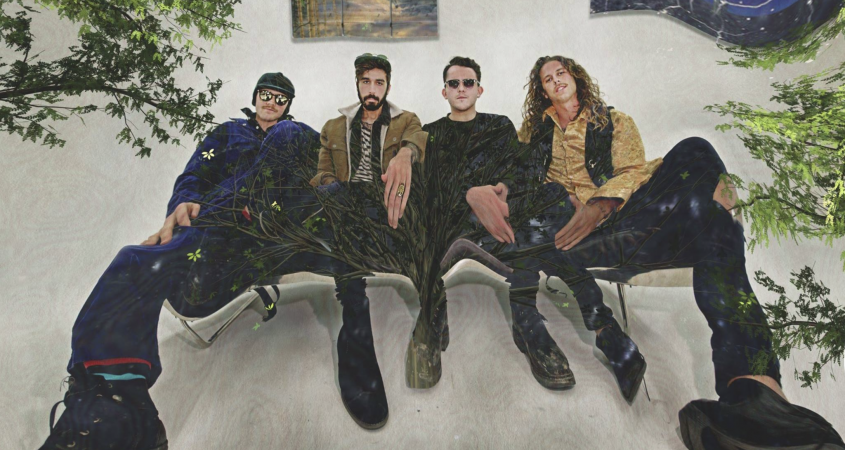 Ever get caught out on a Friday night checking the Phoenix gig guide but not recognising any of the names? Don’t worry fam, we got you. Dave McCarthy and editor, Hayden Fritzlaff have picked out eight Canberra acts that you’re going to want to keep a close eye on in 2018. 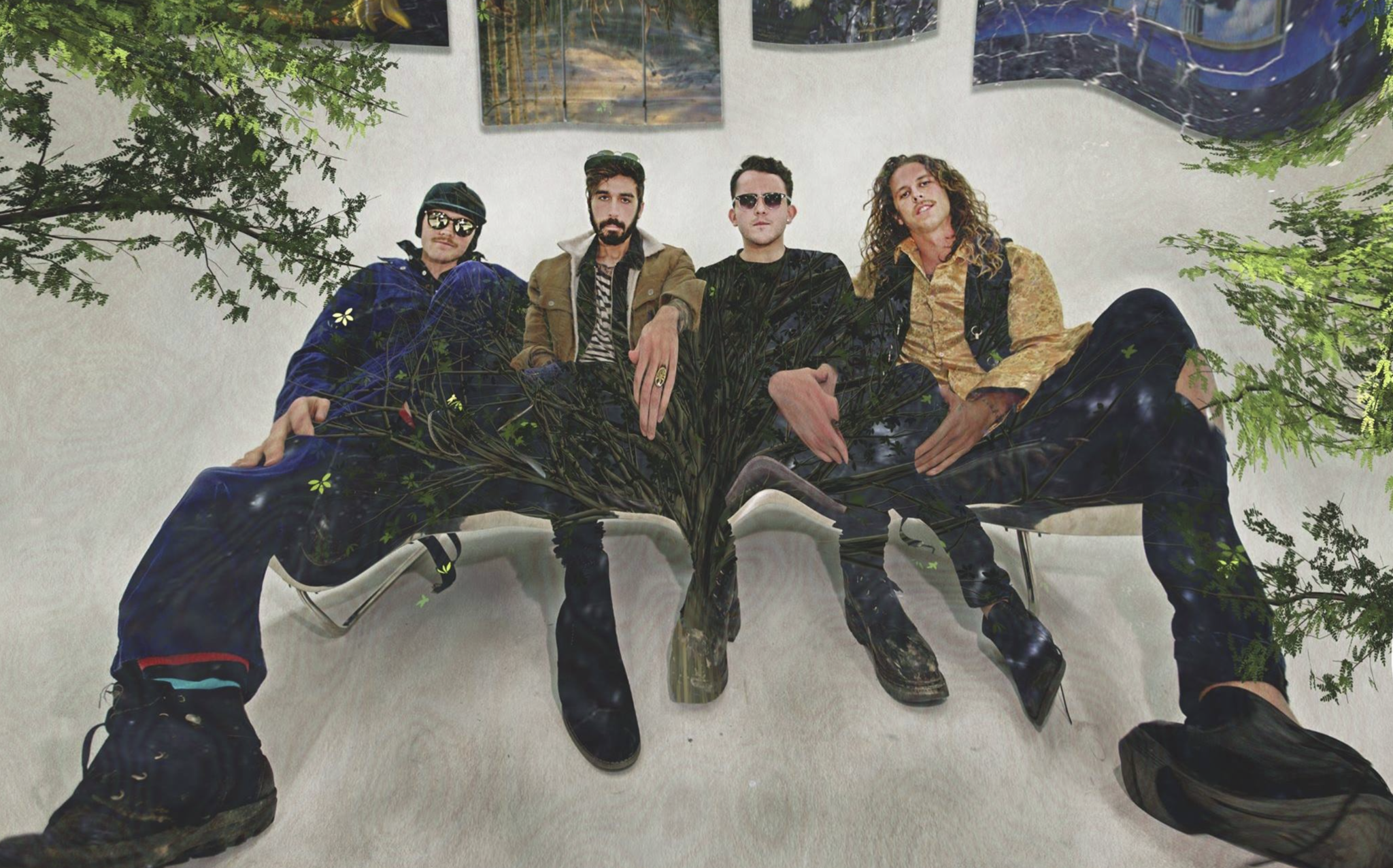 I know right? Naming YOUNG MONKS in this list straight off the bat makes me sound like I’m writing for BMA in 2015. Hear me out. The band that had absolutely everyone in Canberra eating out of the palm of their hands on the back of a stellar set at the inaugural Spilt Milk, suddenly, seemingly, disappeared early in 2017.

Where they went I can’t really say, but I have it on good authority that wherever it was the band has been working tirelessly on a debut album. A debut album I couldn’t be more stoked to finally hear. Adamant professionals and pure perfectionists, every beat, warped sound effect and intricate guitar line has been polished and strained over by this band since they first began, and it shows in the quality of music they produce. Latest single, ‘Bad Bad Freddy,’ debuted on triple j Brekky moments after being uploaded to Unearthed and I can’t help but feel the new album will launch the band even further.

Sounds Like: Trippin the hell out at your summer garden party
For Fans Of: Sticky Fingers, Bootleg Rascal 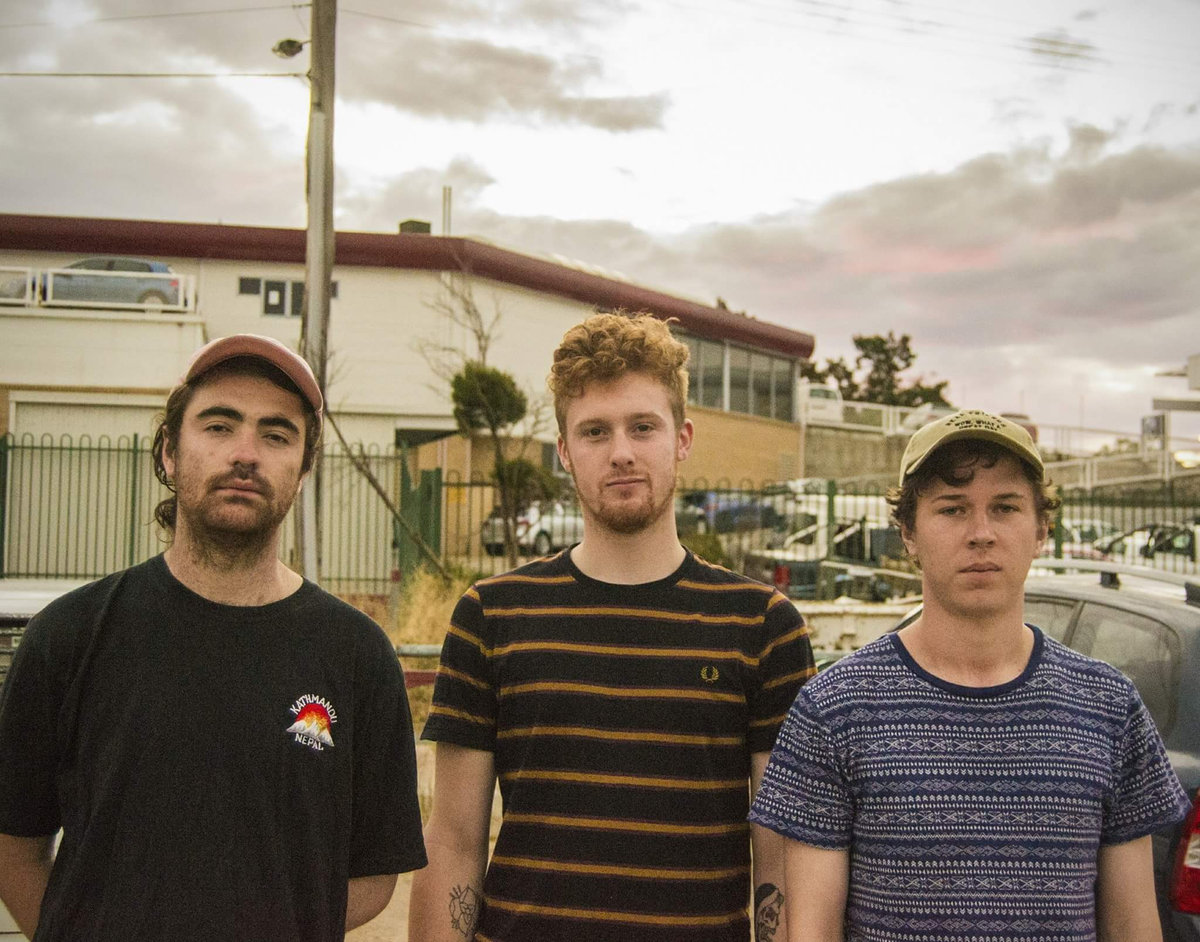 Formed early in 2017, Lefty are an exciting three-piece punk band with a knack for landing huge choruses in the midst of noisy thumping jams like few others in the capital can. Having just released their debut EP in the frankly incredible Flourish, Lefty have built themselves the perfect platform to run headfirst into the new year.

For fans of Trophy Eyes and Columbus be sure to catch Lefty live as they look to tour the East Coast off the back of Flourish.

Sounds Like: An edgy coming-of-age movie where, at the last seond, the protagonist makes it onto a moving freight train that will take them far away from this place
For Fans Of: Columbus, The Pains of Being Pure At Heart, Title Fight

It’s strange to think of Dalmacia as one of 2017’s shining lights given how dark and incisive the band can be. With a rhythm section that draws energy from the flow of Flea/Smith/Frusciante Chilli Peppers, this young three-piece has already found its groove. ‘Hold My Space’ and ‘Can’t Stop This’ are tasters of Dalmacia’s own take on 90s revivalism, using winding intensity as their paintbrush rather than distortion pedals. It pays off in a big way in their live shows, which generally close with a floor-vibrating Backstreet Boys cover.

And they’re already making waves. This year has seen them support international touring artists like Jeff Rosenstock and draw interstate attention from the likes of No-Fi Collective and Wet Lips. If the rumours are to be believed, Dalmacia are rolling out new music come early 2018. From there, the sky’s the limit.

Sounds Like: When a hyper-successful band’s early demos surface on the internet and you can tell, in retrospect, that they’re going to do something special.
For Fans Of: Camp Cope, Red Hot Chili Peppers, Asta 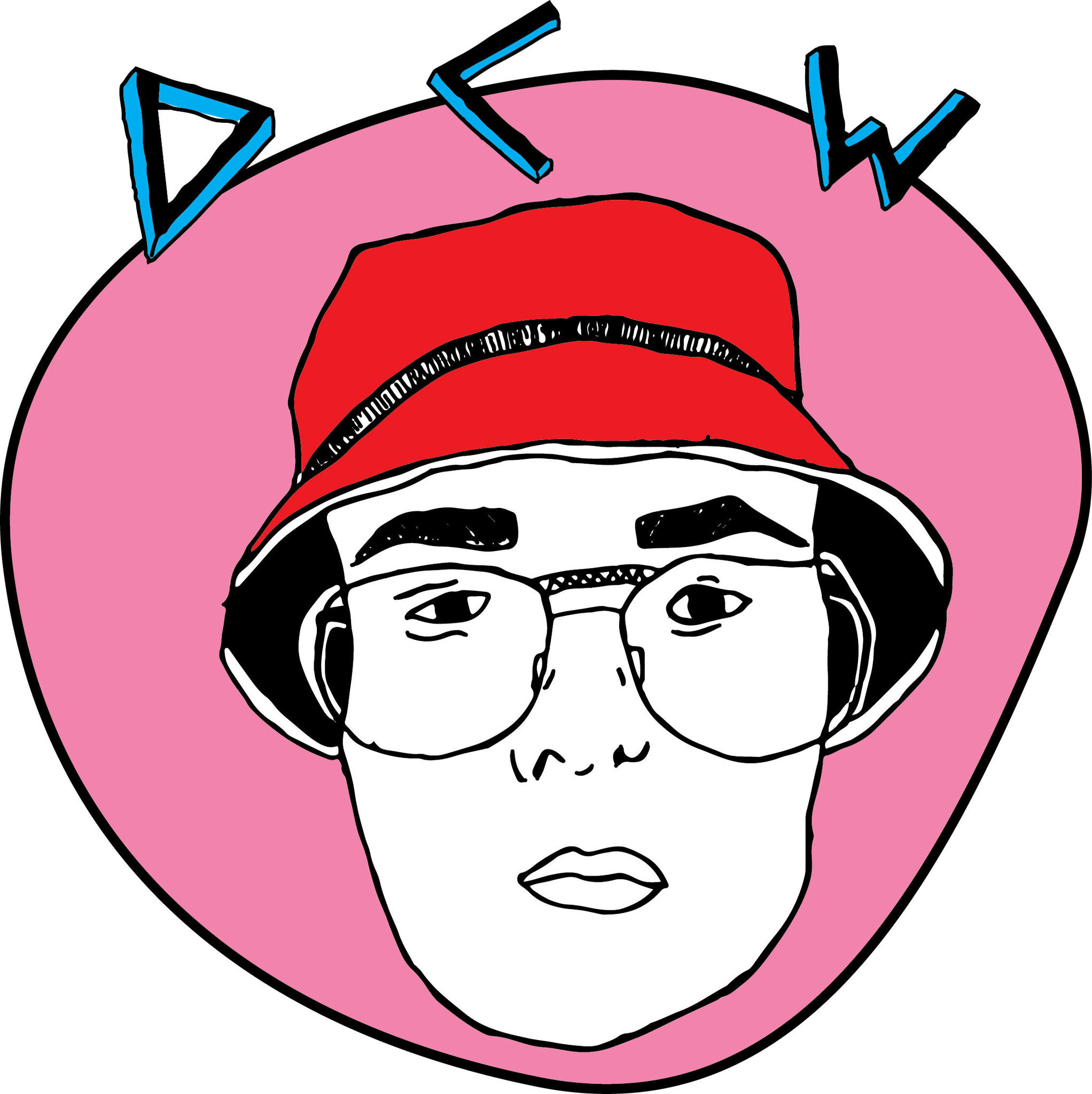 Deputy Chief Wardens is one kid named Harry writing and recording songs in his bedroom. Harry may not have a band together yet, but he already sounds like a hybrid of Joe Strummer and Gareth Liddiard. That’s not to say he has no live experience – Harry plays drums for Canberra mainstays Waterford and Vice Like Grip and he is working on getting that band together.

The exciting thing about Deputy Chief Wardens is his sheer ability to seemingly do everything; including write and produce brilliant songs, each injected with an intangible nonchalant cool that you can’t pick up at the shops. Here’s hoping 2018 sees that band come together.

Sounds Like: Recording vocal takes in your car seat because you’re too self-conscious to let anyone hear your voice when in reality everyone needs to hear what you have to say
For Fans Of: Wavves, The Kinks, Harlem

Shoeb Ahmad has been a part of Canberra’s artistic framework for so long that the two are intrinsically linked. Having reached the farthest corners of the globe with bands like Spartak, Agency and Tangents (go read Tangents’ review on Pitchfork, no less) and putting out some of the country’s best underground music with hellosQuare recordings, Ahmad has spent 2017 recording and priming for a massive 2018 as a solo artists.

The singles, “romance” and “mask-ed”, brought to life Ahmad’s newfound infusion of soul music into an influence list rife with the music’s great barrier-destryoing artists – Sonic Youth, PJ Harvey, Sparklehorse. With a new album of self-produced material on the way in mid-2018 and a rotating cast of high-profile collaborators, Shoeb Ahmad is a sound artist to keep a very close eye on.

Sounds Like: Putting on your headphones at the end of a long, hard day and being transported somewhere entirely different
For Fans Of: Sonic Youth, The Temptations, The National 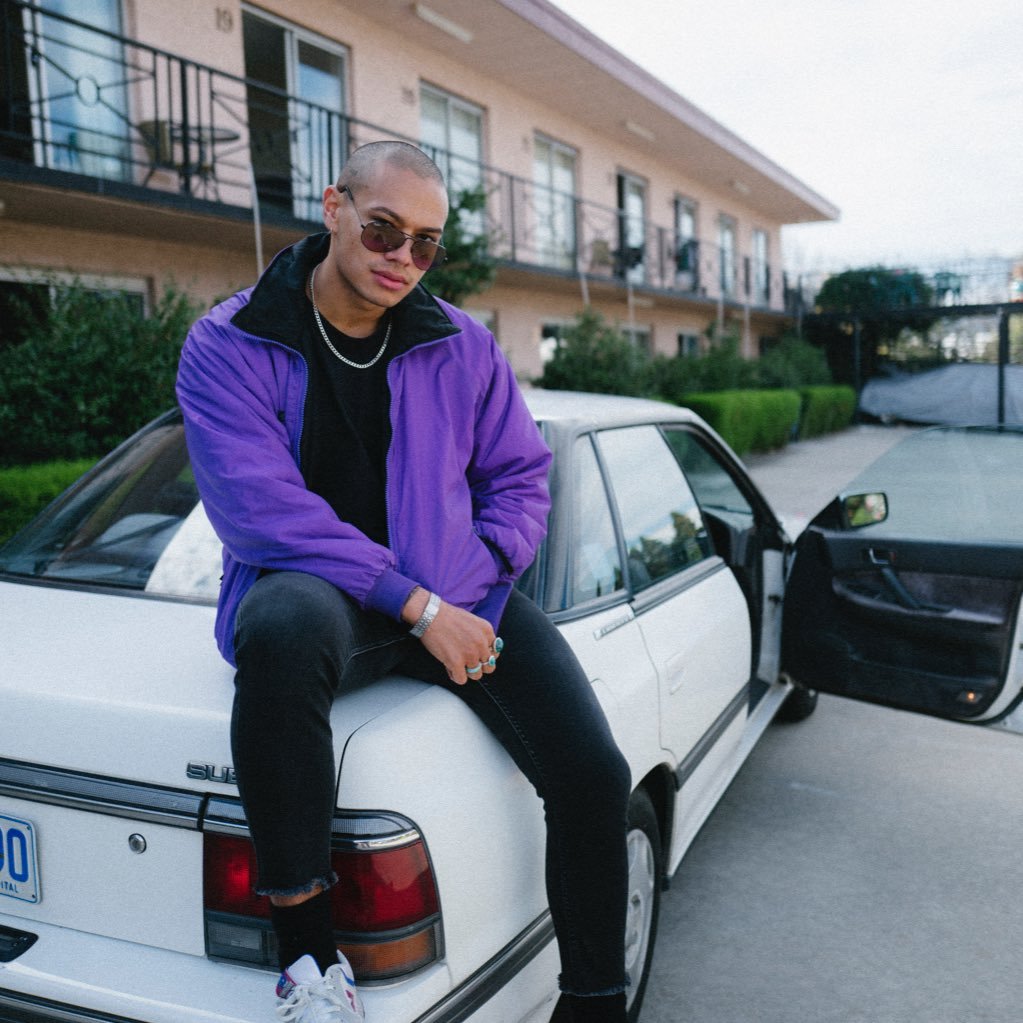 Turquoise Prince (FKA LTC, Lolesio The Courageous) is the most complete artist I’ve seen come out of Canberra in my nine years in the city. He has a distinct, powerful flow that can flip from bars to crooning in a beat combined with a beautiful touch for production and genuine presence on stage. Turquoise Prince owns the royalty in his name.

2017 saw Turquoise Prince become a regular in Australia’s most infamous party crew One Day, share stages on national tours with the likes of Boo Seeka and Spit Syndicate and prick up the ears of genuine tastemakers, Red Bull Sound Selects. The only way is up, and Canberra Drake is flying up the ladder as one of Australia’s most exciting emerging MCs.

Sounds Like: Having your own GTA V radio station
For Fans Of: Drake, Mondecreen, Remi

Everything about Heti Blaazer-Grossi’s solo project is minimal; from her frustratingly ungoogleable stage name to her beautifully-crafted design stlyle. Deput EP, 26 Letters, saw h. stripping away the musical layers you might have expected her include, so that only the guitar/voice essence remained. From there, she employed strings, ambient percussion and electronics to give each song just enough of a lift to feel warm and alive.

And it makes sense, given the importance h. gives the literature of her music. She’s right to place such stock in her lyrics too. Honest and nuanced self-examination come to the fore on ‘Fading’, a six-minute meditation that feels like it’s over in half that time.
If h.’s new music is anywhere near as endearing as her 2017 output, we might just forgive her for relocating to the big smoke.

Sounds Like: The feeling of learning to play your favourite song on guitar; just you and your instrument
For Fans Of: Angus and Julia Stone 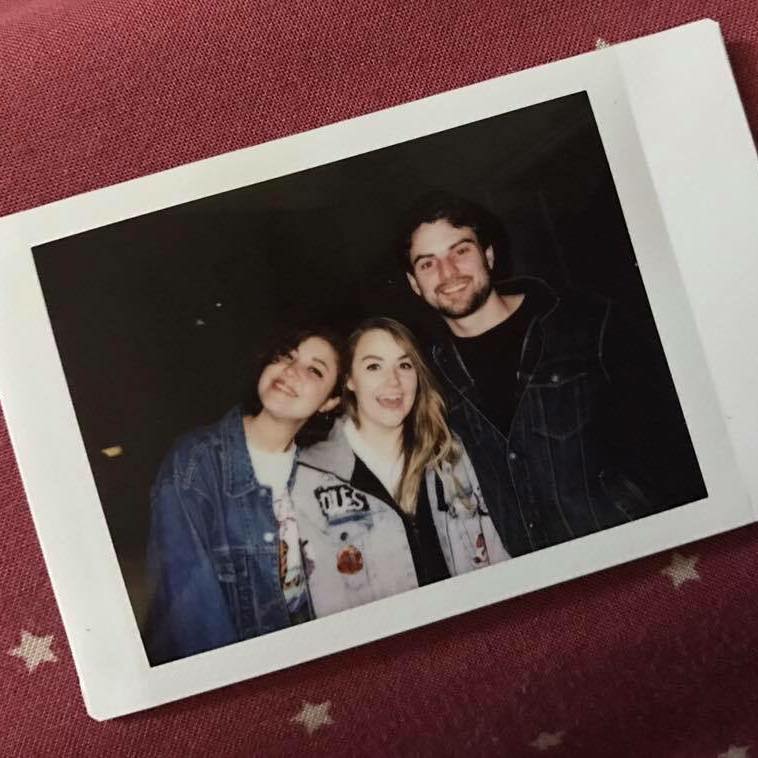 Though they’ve left behind them the days when they’d play a Spongebob Squarepants guitar (that looked like it could have been a Kmart purchase), Slagatha Christie have lost none of the loose charm that cemented their place as one of the city’s funnest bands. The twin vocals of Jess High and Kate Lawrence complement perfectly their lyrics about warm beer and lack-of-common-sense social injustice.

At first glance, this a punk power-trio brimming with raw, wide-eyed energy. But listen more deeply and you hear the sound of three friends so passionate in their love for music that they will happily master brand new instruments and power through sets on three-string guitars in order to commune with one another and share their stories.

Sounds Like: A free ride coming to an (abrupt) end
For Fans Of: The Smith Street Band, Camp Cope, They Might Be Giants