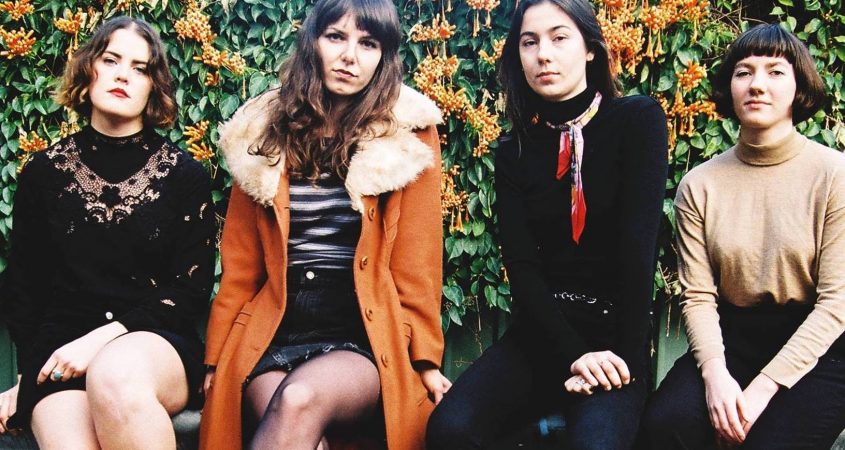 I get the impression from my chat with this year’s coordinator, Jacqueline Meng, that the ANU School of Art Ball is a finely-tuned vibe. What began as a way to promote student’s work has developed in to a massive event – Meng says that she estimates there to be 7-800 people rocking up.

The event’s structured more as a loose party than a ‘ball’ in the sense that other ANU schools have them. As I understand it, there are two stages – one for local DJs inside the School of Art and another outside for the other bands. The massive lineup, even with the late withdrawal of Brisbane band Major Leagues, is sure to act as a drawcard for the general public.

It’s one of the rare events that we have in Canberra, or Australia even, where the ethos is just to be accepting of everyone

“I would say music is still one of the main focuses of the ball,” says Meng. “We’re getting bands from locally and interstate to come and play, as well as electronic acts from around Australia”.

In addition to the music, the vibe will be created by the students and artists themselves. The theme for this year, ‘Euphoria’, is on display both in the art itself, and the aesthetic decisions made by the attendees.

“It’s extremely different,” says Meng. “First of all it’s not as formal, and a big aspect of the ball is that people like to dress up according to theme and it’s very open and accepting to all people. It’s a night where everyone can express themselves and have fun, to put it simply. It’s just a night where the art school community can come together and appreciate local music and art whilst also expressing themselves, in a way. The way people dress up for the event is indicative of how free and open it is.”

To ensure the event is as open and inclusive as possible, the crew behind the event have ensured that they have a Safe Spaces team available on the night, to make sure everyone feels open and included. This was clearly important for Meng.

“We also have the Safe Spaces team, which is very important to us.” She says. “On the night, we’ll have a tent with volunteers who are here to help us implement our safer spaces policy, which is all about being inclusive to all LGBTIQ people, and gender-neutral people, because lots of events don’t consider that kind of thing or take it in to consideration, that kind of inclusivity and diversity.”

As to why non-ANU students should come along, other than to support local talent, Meng says: “It’s one of the rare events that we have in Canberra, or Australia even, where the ethos is just to be accepting of everyone, and it showcases the creativity of people in our community.

“There aren’t enough of these events, so it’s a good place to meet new people and see what it’s like when a bunch of arts students come together and organise and event. It’s really grown and developed over the last few years, and because it’s a lot bigger than it has been, it’s impressive that people who don’t go to the arts school, or don’t go to ANU, know about it and are able to go. A big factor in that are musicians who are good to see play live”

The ANU ART SCHOOL BALL is sure to live up to its reputation as one of the most interesting events on the ACT events calendar, and kicks off from 7pm this Sunday October 1. Tickets are available through QPAY, with tickets currently $36 + bf for ANU students and $46.27 + bf for non-ANU students.

Support Matt Parnell on Patreon!
11% complete
When we reach $500 per month we will begin the official BMA Podcast. This will include interviews with some well-known musicians and artists, tips and tricks for publishing in print and online, as well as other discussion topics around Bands, Music and Arts in Canberra!