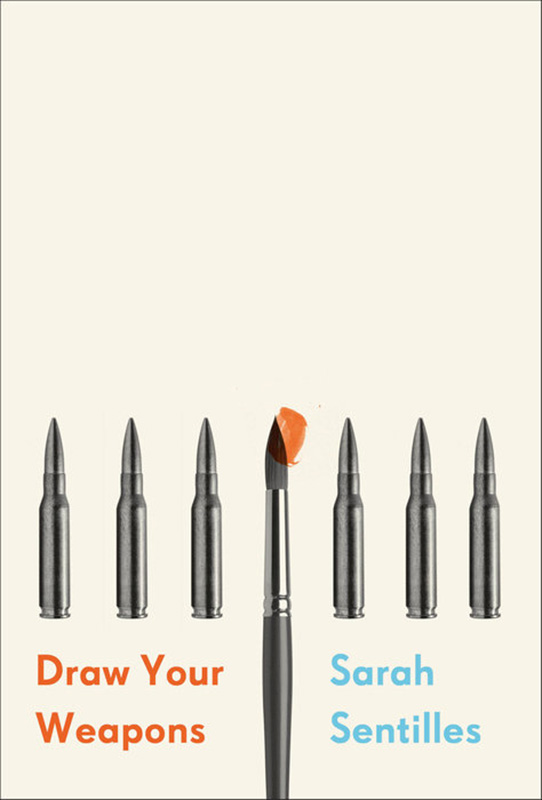 “Critics insist pacifism results from an internal contradiction … how can you claim that life is an absolute good and then be unwilling to defend lives threatened by aggression?”

Draw Your Weapons shines a light on the overlaps between art, violence, torture, pacifism and politics. It’s a book that was written over the course of a decade by Sentilles, a theologian who veered away from being ordained after seeing photographs of the notorious Abu Ghraib prison. In part autobiographical, Draw Your Weapons asks why our species treats itself so badly, and documents Sentilles’s attempts to tease out an answer.

“Advocates of pacifism point out that pacifism is no more contradictory than the idea that you must kill life to defend life.”

Presented as a flow of vignettes, Sentilles probes the lives of a war veteran and a conscientious objector who are brought into her orbit through art. This is interspersed with snippets of art history and theory that address what photography does to make concealed atrocities visible, and whether our default responses to seeing outrageous violations – despair, anger, sympathy – are anything more than a mechanism to restore our own sense of wellbeing.

Draw Your Weapons contains confronting descriptions of torture, and the equally confronting indifference of torturers, examining what disconnects ordinary people from the horror of what they’re doing and seeing.

It’s easy to see the writing of this book was a very personal journey for Sentilles. There is a warm, accessible spirituality wound throughout that steers well clear of proselytising. Sentilles appears to be someone to whom violence is so alien that the question of how anyone could perpetrate it presents an almost insurmountable stumbling block right from the get-go.

The stop-start nature of the prose works intermittently. Often it’s a sharp and effective way of highlighting complicity, contrasting a victim’s degradation with some unconvincing governmental waffle, or with scenes of domestic life in the perpetrating nation. In other places however, it feels like there’s just too much going on. Sentilles’s experiences teaching art, interacting with the war veteran and the conscientious observer are strong enough to carry the book forward. Frequent cutaways to esoteric art theory or topics that seem only superficially related to the thrust of the chapter sometimes hurt the book’s coherence more than they help it.

Finally, for a book that spends a lot of time describing images and asking us to analyse our reactions to them, it seems an odd choice not to include any photographs. Or to put it another way, Sentilles spends thousands of words arguing effectively that images argue effectively. On the whole though, these are niggling complaints about a sincere and intelligent read.