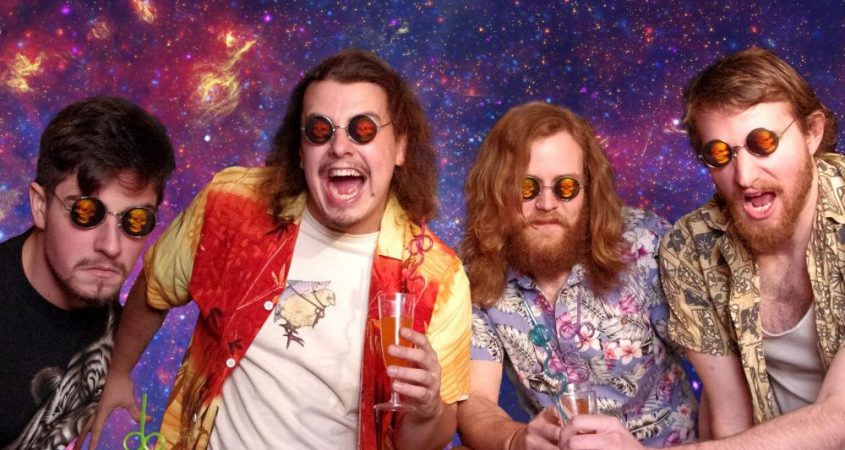 Troldhaugen are not your garden-variety prog/rock/heavy band. Quirky as hell and in your face,  Elfman-esque orchestrations, Zappa-like technicality, Looney Tune-ish chaos and Skrillex-ian electro-vibes are nothing but par for the course for the wacky four-piece from Wollongong, Australia, who are today announcing their Get Outta Town tour to the ACT in September – and it’s all in celebration of their brand new album, borne from the support of a crowdfunding campaign and out through Bird’s Robe Records.

They’re playing at The Basement on Saturday September 9.

The record is called idio+syncracies and it will see its release on Friday September 1 through Bird’s Robe, who are also presenting the tour. Straight after this short but sweet tour, they are heading to Europe to tour alongside Pirate crew Alestorm in late September and October.

For a pretty-out-there bunch, Troldhaugen have had some pretty sweet career highlights. They toured Europe with Alestorm in 2014 and were invited back to play Summer Breeze Festival 2015; they enjoyed some triple j airplay for their single ‘Viva Loa Vegas’; they’ve toured Australia with Japan’s Vampillia, Finland’s Finntroll and Melbourne’s Toehider; they’ve done a sold-out Australian tour with Alestorm and they hit their crowdfunding target for their new album in less than 24 hours!

triple j staff have all rallied around the band’s sound, with Nick Findlay stating that they are “a magical, genre-shape-shifting monster that I just want more of.” Gemma Pike sent romantic sentiments, “I love you,” and Zan Rowe calls them, “a marvel of modern music.”

Troldhaugen are an exciting, exuberant breath of fresh air in progressive metal. With incredible showmanship blended with a heavy dose of epic riffs and technicality, the band have blasted their way around Australia and Europe, forging a new scene around their folk-prog-circus-metal-hybrid. Who said entertainment was dead? Just spend five minutes with Troldhaugen and they will blow your mind.

For more information about Troldhaugen’s album idio+syncracies (out September 1 through Bird’s Robe) and their tour, go to birdsrobe.com or facebook.com/troldhaugen.