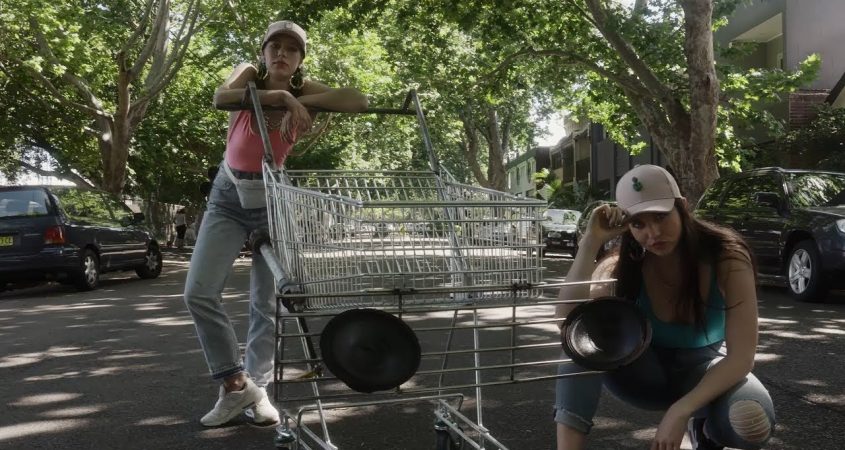 The clip, directed by Neil Sharma, features the duo quite literally dealing hot fiyah, roaming the streets and conducting shady alleyway deals. It stars a pimped-out shopping trolley, some neon swim suits, a smoke machine and some unexpectedly beautiful cinematography. Check it below.

It’s been close to a year since Coda Conduct dropped ‘Usually I’m Cool ft. Jimblah’, but you’d be mistaken to think that they’ve been idling their time.

Since last year, rap gods Sally and Erica have taken on the mantle of regular triple j presenters, firmly found their feet hosting FBi’s hip hop show What’s Good and unlocked other boss achievements like learning how to make hummus in a blender.

But now, they’re putting music back front and centre. With promises of new tracks on the horizon, they’ve kicked back into action with a schwanky new clip for their previous single, and it’s stamped with their trademark sass, tongue-in-cheek humour and damn good rapping.

It’s a refreshing reminder of Coda Conduct’s unique wit and charm, and a cheeky return to form for some of Australia’s most promising new talent.