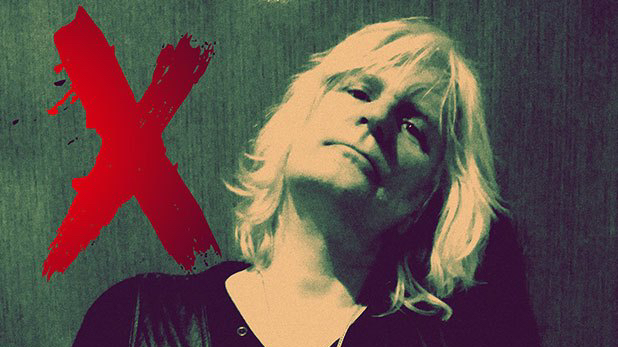 Tough-as-nails rock ‘n’ roll band X formed in Sydney 40 years ago, a major milestone by any standard and an excellent motivation for the group to grunge up the Transit Bar this month. The focus will be on the early years – with a limited edition compilation documenting this period also released – when the songs were played hard and fast, and any punter wanting something different knew where they could stick it.

Described by renowned music writer Clinton Walker as ‘eternal outsiders,’ the group gave no ground to the mainstream in its relentless quest to bring high octane rock ‘n’ roll to the masses.

The classic first album X-Aspirations was recorded in one frantic burst at Trafalgar Studio in late 1979 and the primal feel of short and sweet nuggets like ‘Suck Suck’ and ‘I Don’t Wanna Go Out’ reveal a band that played it like they lived it – with raw authenticity setting a benchmark. The band’s ‘outsider’ status was partly a product of circumstance as the road to superstardom becomes harder when beer fuelled crowds at gigs feel the need to tear apart the venue and each other. But there was also a commitment to doing things the X way and an alignment with the punk ethos was the inevitable consequence.

I first came to the band through Mark of Cain’s suitably heavy cover of ‘Degenerate Boy’ on the soundtrack to quintessentially working class Australian film Idiot Box. I immediately wanted to know more about a band that could write something so confrontational and funny in equal measures, and so decided to enter the gritty, unpredictable world of X.

“We were trying to be a rock ‘n’ roll band,” guitarist/vocalist Steve Lucas tells me. “We kept finding other ways to do things and we were a very do-it-yourself kind of band. We just made it up as we went along. In those days we had such a violent crowd at shows, and because of that we were banned from so many places we had to go out and do it the oldschool way, hiring out venues ourselves because no pub would take the risk. We’d established that an X gig could be like World War Three, so we definitely didn’t fit the mould.”

“By the time we’d finished, and they’d say, ‘we never want to see you again,’ then they’d count the till and go, ‘can you come back next week?’”

X bassist Ian Rilen had already done the hard yards in Rose Tattoo and written the sleazy blues hit ‘Bad Boy for Love’ – establishing the right kind of outlaw credentials then and there. Hooking up with fellow songwriter Steve Lucas was like a match made in heaven and from there a loyal following from likeminded street-wise travellers grew. “We were part of a scene but it was our scene,” Lucas says. “X had this huge, very loyal following and it was very intense. We never really had a plan. Anyone who tried to manage us would go insane after three months and record companies avoided us like the plague. But we had this notorious vibe that made us think outside the box. The more I read about the history of music the more I realise we intuitively stumbled into it.”

That ‘stumbling into it’ was part of the charm and a big influence on all those tentative songwriters out there who thrust themselves on stage when it became clear that three chords, throbbing bass and driving beat can result in a good song with the hard edges proudly on display. Then there was the matter of distributing the records and hoping a label or record store would come on board.

“We’d walk into the indie shops with a box of albums and I’d get them to play side two first [of X-Aspirations] because I thought that was the most melodic side opening with ‘Delinquent Cars’,” Lucas says. “That was the saving grace for me ‘cause when I look back on it, it’s amazing. It’s avant-garde; it’s got a jazz swing feel, stuff that I would never come close to duplicating.”

But like many bands in the unforgiving Australian music scene, X cut its teeth playing pubs and sometimes there was a real chance they might not make it out alive. “Sometimes we’d walk on stage and the crowd would charge the front and we were like, ‘fuck, we’d better get out of here.’ I got my front teeth knocked out when the crowd came forward with so much force. There was that aspect, which was a bit scary. But that was the thing with X. We had one of the most drunken audiences that ever walked this planet. We’d play a bar and it would be totally destroyed by the time we’d finished, and they’d say, ‘we never want to see you again.’ Then they’d count the till and go, ‘can you come back next week?’”

Although I’m expecting the Transit to emerge unscathed from the forthcoming gig, the band’s essential punk ethos has remained unchanged. When Lucas sardonically asserts, “so cut your hair, wash your face, keep your image clean,” on ‘Suck, Suck’ we are reminded that satisfaction is there for the taking when giving the mainstream a bit of push and shove. “We really did push the whole ethos of doing it yourself, maintaining control, ownership and stuff like that,” Lucas says. “And I think that the more time rolls on, the more mythical this way of doing things will become – an important part of Australian musical history.”