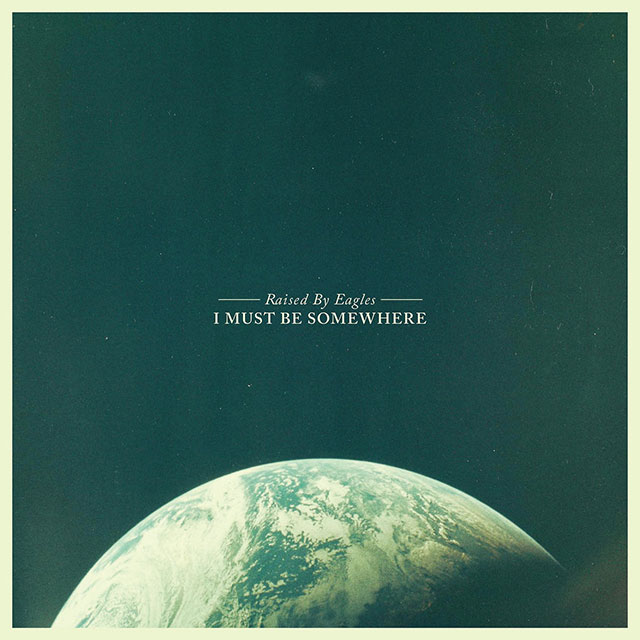 Melbourne band Raised By Eagles is bursting with creativity. The country quartet has released three long players since 2013, with the latest being I Must Be Somewhere, and achieved two wins at The Age Music Victoria Awards along the way.

The band scores well in both musicianship and songwriting skills. While just a guitar, bass and drum outfit, with no keyboard and nothing fancier than a lap steel, Raised By Eagles has crafted some beautiful tunes with intricate, catchy guitar work. Opener ‘Shape & Line’ starts with a soulful whine and a feeling of depth, with lots of spaces between the notes, before guitarists Luke Sinclair and Nick O’Mara let slip the halters and give their axes a free run. It, together with the similarly rocked-up ‘Night Wheels’, with its prominent reverb features, are album highlights.

Elsewhere, tracks take a quieter line. In ‘Every Night’, and feature track ‘Gold Rush Blues’, the words carry more weight, due to their being used with economy. The title track also uses the principal of ‘less is more’, as it flows with a casual gentleness, floating by with the high twang of the lap steel, and only gaining strength towards its close, speeding its departure. ‘Heartbreaker’ ends with a surprising softness, leaving the story in midair, and there is a similar cleverness in ‘Everyday, Everyday’, with words left hanging, as though to continue the thread of the song beyond its natural close.

Overall, there is strength in the simplicity of the lyrics, choosing just enough of the right words to get the message across. There are lots of little snapshots in the words too; easily relatable, which come together in jigsaw fashion, with a certain poetry of their own.