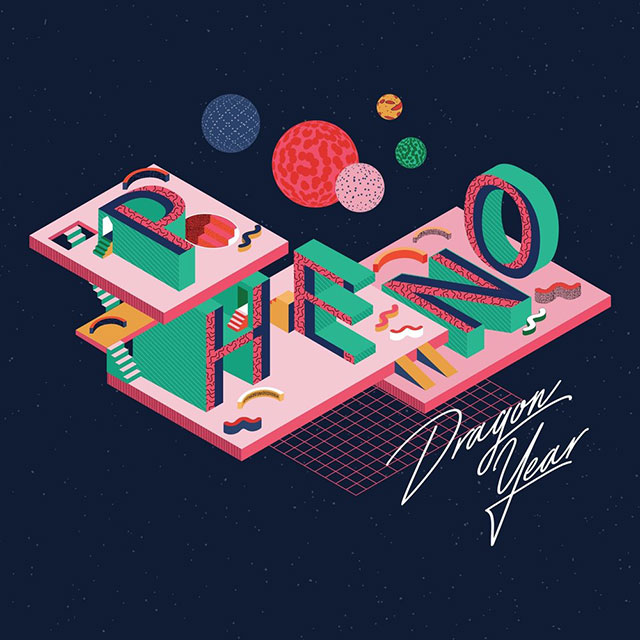 Pheno (a.k.a. Jess Green) skilfully evades categorisation on her debut EP, showing off a depth of songwriting and expression that begs to be explored further.

Pheno’s afrobeat and art pop influences are peppered through opener ‘There Are Voices out There’, which floats in with manipulated vocals on loop before drums bring the song to earth à la tUnE-yArDs’ ‘Bizness’.

Standout track, ‘A Little Thing,’ is built around a lone, chugging guitar, like a restrained ‘Your Best American Girl’ or a less malicious ‘To Bring You My Love’. But comparisons to Mitski and PJ Harvey come from their shared love of the blank canvas, and Pheno’s stark arrangement here is just that – something that absorbs the themes of motherhood and connection that bind the record together. Green’s voice is the expressive force – sometimes screaming, sometimes a whisper – but it can be lost amid the pristine production elsewhere on Dragon Year.

That’s not a slight on those songs. “Another tiny little spark began to make itself a human,” sings Pheno on the title track which brims with warped, St. Vincent pop charm. So too ‘Shadow in the Water’ shows the off-kilter arranging style of Ainslie Wills, or Feist’s Metals. Closer ‘Slingshot’ disintegrates into a tangle of fuzzy guitars before being spat back out into palm-muted pop strut. Even if only for a few moments, it shows the immense, unhinged potential Pheno has for experimentation.

Dragon Year has its safe moments but there are moments of fear and surprise too, not unlike the lyrical themes Pheno addresses throughout. Trained in jazz and having her finger in various musical pies over the years, Dragon Year sees Jess Green throwing shade at anyone who tries to put her in a box.

Support Hayden Fritzlaff on Patreon!
11% complete
When we reach $500 per month we will begin the official BMA Podcast. This will include interviews with some well-known musicians and artists, tips and tricks for publishing in print and online, as well as other discussion topics around Bands, Music and Arts in Canberra!