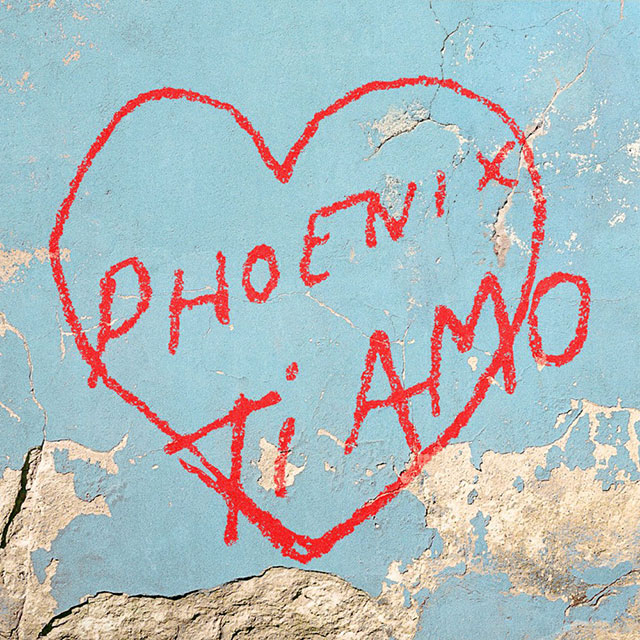 Making a follow-up to 2013’s Bankrupt! (easily in the top 50 albums of the decade for me) was never going to be an easy task. What has resulted is a cangiante mural of reanimated zombie disco from a bygone era combined with a contrast of emotions in response to the numerous terror incidents that have occurred in France since then. There’s ascending disco octaves, Fela Kuti influences and even multiple languages over the course of a single song like Manu Chao (so cultured!).

Phoenix has described what has coalesced before us after three years locked in La Gaîté Lyrique in Paris as a sexy neon pink caboodle that is “also a record about our European, Latin roots, a fantasised version of Italy”. And it shows. Not just through the infusion of the Italian language, but through the way the synthesised sounds come across which has that cosmopolitan, continental type of chic to it. Listen to ‘Spacer Woman’ or something by Giorgio Moroder and you’ll get what kind of chic I mean. It’s quite distinctive.

The disco influences I referred to earlier are most prominent on the track ‘Tuttifrutti’, which I guess stands alongside opening track ‘J-Boy’ and also ‘Ti-Amo’ as the proud frigates of the album. When I say that, I mean they’re my favourites, which is neat, because they’re the first three songs. ‘Fleur de Lys’ towards the end isn’t too bad either and definitely fulfils the role of the rigadoon boogie tune. The clout and gravitas in Phoenix’s sound however, has come from a merging of alternative rock and synth pop. New new wave? New wave revival? Whatever it is, Phoenix have taken an interesting turn on the boulevard of sound with Ti Amo.

Support Patrick Ogisi on Patreon!
11% complete
When we reach $500 per month we will begin the official BMA Podcast. This will include interviews with some well-known musicians and artists, tips and tricks for publishing in print and online, as well as other discussion topics around Bands, Music and Arts in Canberra!