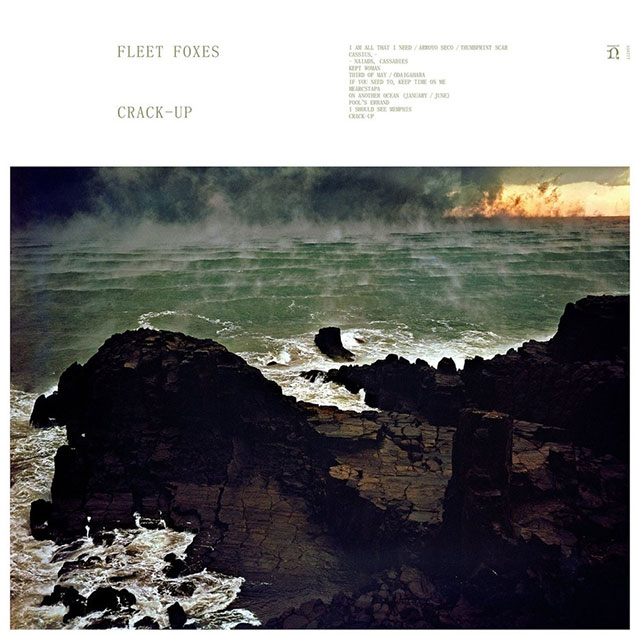 Fleet Foxes’ third studio album, and first in five years, picks up where 2011’s Helplessness Blues left off. The band’s mellow folk-pop vibe lends it an easily listenable air, with classic folky sound and new wave electronic elements combining for an all-consuming wave of music that is both engaging and relaxing.

Somewhat reminiscent of early Mumford and Sons in its reliance on the banjo to flesh out the soundscape, the album is at its most impressive when all the elements are at their most harmonious. Arguably most impressive is the group’s use of vocals – on certain tracks, the voice is used as more of a percussive instrument. On these tracks, particularly at the start of the album, the vocals seem to be more used for the sake of what it adds to the wall of sound, rather than any inherent lyrical content.

The album is a short and sweet 11 tracks, and is an album that uses its time well. Fleet Foxes, being as they are a five-piece, have a very diverse range of instrumentation. This range is used well to harmonise and create quite unique songs that are similar enough that each song could be any other song, but different enough to be able to be found apart from one another. This creates a slightly uncomfortable listening experience, where it seems that each song is the same, but subtle differences are just enough to set them apart.

Despite this general feeling of uncomfortableness, one of the most engaging parts of the album is how immediately re-listenable it is. It’s one of those albums where at first it fades into the background, but subsequent listens reveal different things, and on each of these the vocals start to come through more, evolving from this aforementioned percussive instrument to something that is impressive in its own right. With that being said, it’s an album that is perfectly suitable for an engaged conscious listen, or just to have playing in the background. Some of the standout tracks, as much as they could be, is the sequence between ‘Third of May/Ōdaigahara’ and ‘If You Need to, Keep Time on Me’. On these tracks, the vocal quality of the lead singer shines through, and emits vibes that are simultaneously pleasant and mildly uneasy. This is, I feel, a mood that encapsulates the album.

The album, at times, suffers from what may be complacency – the band has found a comfortable groove, and they stick with it for most of the album. Towards the last few tracks, the group seems to take a few risks, most notably with a song that borders on acapella. However, the majority of the album isn’t a particularly challenging listen and isn’t groundbreaking, though it is very nice to listen to.

With the recent seasonal change, Crack-Up really fits the Autumnal vibe, and couldn’t have been released at a better time for those in the southern hemisphere.