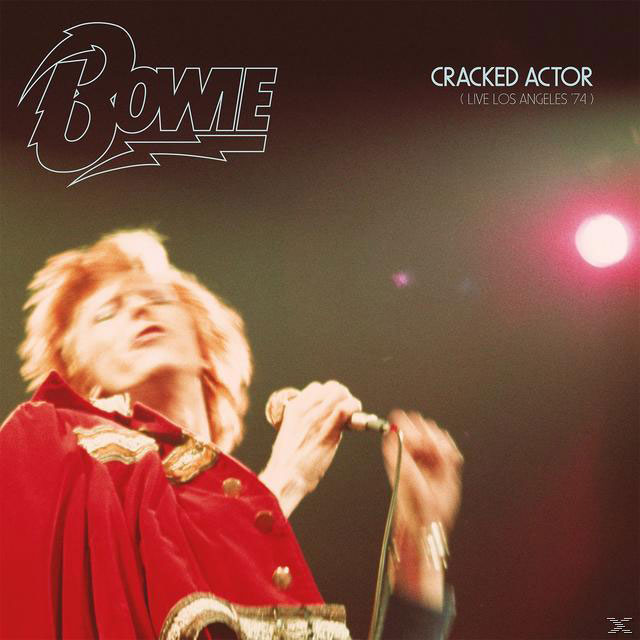 If there was one band or artist I would sell any number of my organs to see live it would have to be David Bowie. Especially during his Ziggy Stardust And The Spiders From Mars or Young Americans eras. Luckily we have this album to commemorate such a passage of time. This live record is another posthumous release from the musical chameleon and labyrinth-dwelling Bowie. Cracked Actor (Live Los Angeles ‘74) was recorded in between the Diamond Dogs tour and the Philly Dogs tour, with Hunky Dory, Ziggy Stardust, and Aladdin Sane under his belt already and Diamond Dogs (heavily influenced by George Orwell’s 1984 novel) hot off the press that year. This era was not only Bowie’s height of creativity and success but also personally his lowest, battling a cocaine addiction that rendered him skeletal and paranoid, making the Bow’ deliver some of his most outlandish recorded interviews to date.

This album has a fantastic setlist ranging from Bowie’s most popular (‘Aladdin Sane’ and ‘The Jean Genie’) to the most underrated (‘Time’ and ‘John, I’m Only Dancing (Again)’). We open with the funky ‘1984’ setting the scene for the remainder of this audio performance. The crooning and soul of ‘Moonage Daydream’ is superb to hear live. The tinkling piano of ‘Changes’ transports your psyche to a dimly lit back alley club before bashing into the bopping ‘Suffragette City’. We are treated to a cover of Eddie Floyd’s ‘Knock On Wood’. The ethereal live staple of ‘Space Oddity’ is greeted with a thundering applause. You can almost feel the warmth of all the lighters held high in the room during that performance – literally the best five minutes of the whole album. As the album comes to a close all I can think is, god damn, where is my time machine!