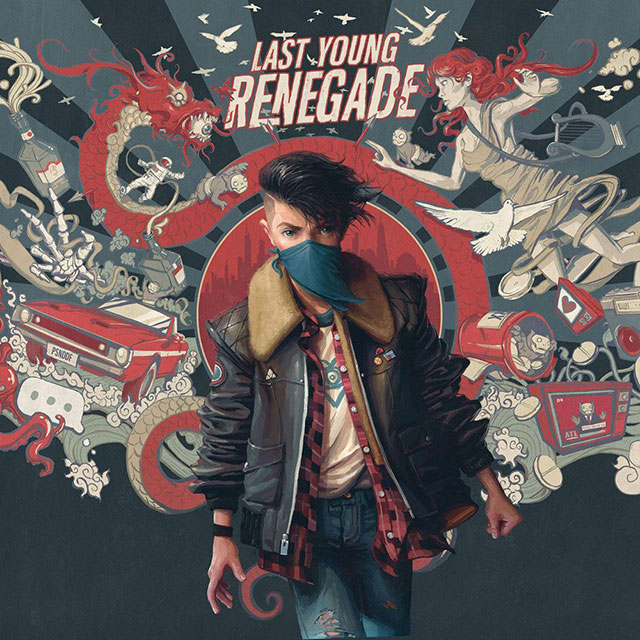 “Please turn on some bad music”, said no one ever. All Time Low’s new album, Last Young Renegade, was released in mid-February this year and let’s just say I think the four pop-punk cuties have now matured into men.

They have been around for some time now swooning the ladies (and men) with their fun and catchy tunes and yep, they are still going and delivering the hits.All Time Low began working on their next album shortly after the release of Future Hearts in April 2015. After “reflecting and soul-searching”, according to vocalist/guitarist Alex Gaskarth, the band had time to come back to the studio with no deadline to bring something new to their fans.

Last Young Renegade has more of a soft rock, mature sound compared to their previous albums, which was pure punk-pop-rock. They still somehow managed to keep the songs catchy, however.

The boys, or should I say ‘men’, showed a different side in this album that I have never heard before. Some songs have a slight, soft dance beat to them (like their leading single ‘Dirty Laundry’), whilst others embrace a new writing style. They even have a surprise collaboration with indie pop sister duo Tegan and Sara.

There is nothing worse than when a band you like releases a new album, you get all excited, then when you hear it, it sounds exactly like their previous album. This was not the case for Last Young Renegade.

So if you love All Time Low and want to hear a fresh new sound then get this album. From the vocal harmonies to the band solos you will be left feeling good, with some super catchy tunes stuck in your head.

Liked it? Take a second to support Rebecca Adams on Patreon!

Support Rebecca Adams on Patreon!
7% complete
When we reach $500 per month we will begin the official BMA Podcast. This will include interviews with some well-known musicians and artists, tips and tricks for publishing in print and online, as well as other discussion topics around Bands, Music and Arts in Canberra!