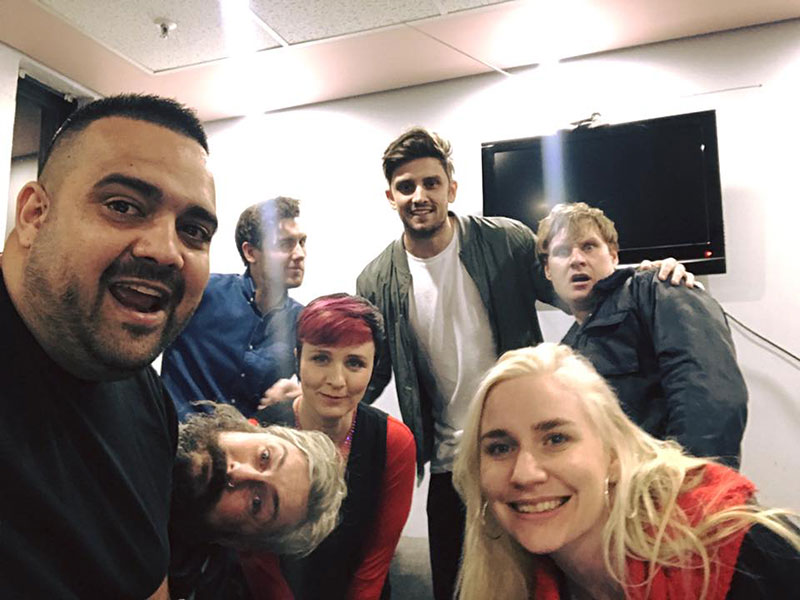 The Melbourne International Comedy Festival Roadshow (MICFR) is not only a tongue twister, but it had my body contorted from laughter until I resembled a human pretzel. The jokes ranged from politically relevant observational humour to a darker variation which had audience members chortling at the blatant disregard for political correctness – which is always a positive. Hosted by the adorable Cal Wilson, she regaled us with tales of annoying her husband of 14 years by ritualistically locking him out of the house and revealed her universally shared distaste for US president Donald Trump by tying in one of his famous quotations with an anecdote related to cat cafés.

After her introductory set, Dane Simpson followed. A majority of his material was based on observing the antics of his family with many cracks about his Indigenous background, which the audience approved of. Simpson is also a disc jockey by trade, as he revealed he was invited to DJ for the Winter Warehouse Rave in Canberra a few years ago. The organiser, however, failed to acquire him a ticket and thus he had to pose as a backup dancer for The Potbellies to gain entry. His self-deprecating humour was also appreciated as he acknowledged that he did, in fact, look like he’d eaten Craig David. It’s legitimate, Google him. Once again utilising his Indigenous roots, Simpson brought out an amusingly shaped didgeridoo and entertained the audience with musically based humour.

The dark soul of Daniel Connell then tag-teamed onto the stage. Connell identified as a “tall sad skyscraper of the nigh”, explaining that he becomes the designated handbag minder when on the town clubbing. He revealed his comical distaste for the youth of today by reflecting on a personal victimisation story relating to shrapnel being glued to the pavement and his imaginary revenge tactics.

Sam Taunton started off weak in my opinion, but built up an engaging tale which revolved around fantasies of pursuing a romantic fling from his visitations to the local coin laundry. Taunton then confessed he would never fuck someone who couldn’t afford a washing machine, ironically being himself.

My personal favourite of the evening was the crude and brash Damien Power. His relatable opinions and expressions of wanting to beat Malcolm Turnbull to death and hang him off a lamppost appealed to my anarchist nature. Along with minimising the gap between the dumbest and smartest humanoids of society. Overall, the eclectic mix of comedians gelled fantastically and complemented each other’s individual styles of storytelling.

Liked it? Take a second to support Leanne Duck on Patreon!

Support Leanne Duck on Patreon!
12% complete
When we reach $500 per month we will begin the official BMA Podcast. This will include interviews with some well-known musicians and artists, tips and tricks for publishing in print and online, as well as other discussion topics around Bands, Music and Arts in Canberra!