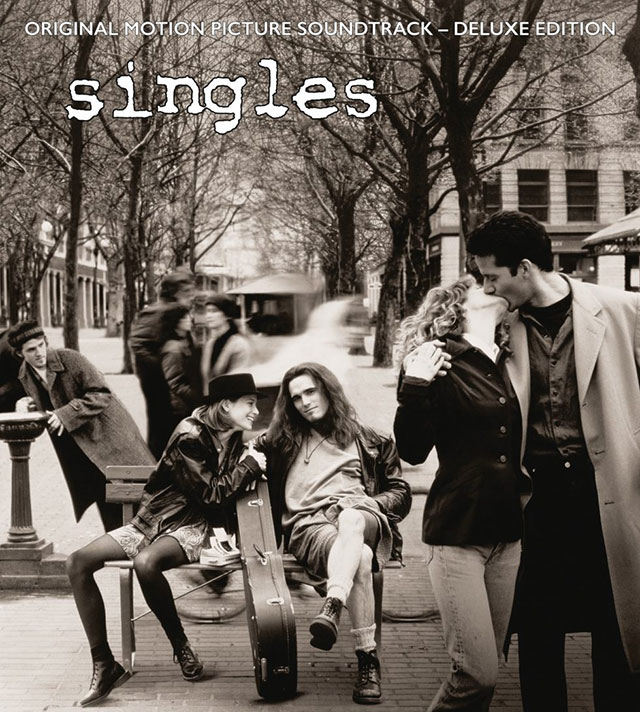 Here we can re-live the 1990s alternative music scene when intense post-punk bands released albums that went straight to the top of the charts and everyone was walking around in flannel shirts and doc marten boots, including supermodels on the catwalks of Milan and Paris. For a while the US Pacific Northwest became the cultural centre of the universe and Nirvana’s ‘Smells Like Teen Spirit’ was the anthem for an entire generation of kids who were disenchanted with the prevailing social order. But the kinda absurd ‘grunge’ hype was always destined to be short lived as MTV and the record companies quickly dropped all that horrible noise while searching for something more palatable.

The prevailing Seattle underground bands understood this, so it comes as no surprise to hear Mudhoney Mark Arm’s overt cynicism on the opening words to ‘Overblown’ – “Everybody loves us/everybody loves our town/that’s why I’m thinking lately/the time for leaving is now.” This little nugget of disillusioned sincerity arrives at midpoint on the Singles soundtrack. The movie is a somewhat forgettable romantic comedy from 1992, directed by Cameron Crowe, whose main selling point was that it happened to be set in Seattle – for a time the most talked about city in the world – and featured cameo appearances from key artists such as Alice in Chains, Soundgarden’s Chris Cornell and members of Pearl Jam. But the soundtrack is outstanding and the music on it has long outlived the catwalk supermodels in their designer ripped jeans and ‘boutique’ flannies.

Alice in Chains kick off proceedings in full rage mode with ‘Would?’, also the final track on harrowing 1992 album Dirt, a minor masterpiece that documented the misery of addiction with some of the heaviest music from the Seattle scene. They appear here alongside major players including Pearl Jam, the short-lived Mother Love Bone and Soundgarden who turn in the highly charged ‘Birth Ritual’, exclusive to the soundtrack. Chris Cornell also appears as a solo artist, contributing the evocative acoustic ballad ‘Seasons’.

A major standout is ‘Nearly Lost You’ from The Screaming Trees. This song was lifted from the band’s biggest selling album Sweet Oblivion that also happened to be the finest document from the grunge era as its ragged vibe, hard rock leanings and raw emotional expression beautifully encapsulated what this particular period of American alternative music was all about. Mark Lanegan’s vocals are world weary and vulnerable, but also powerful – defiance in the face of adversity.

There are also welcome nods to the past, and although the Sub Pop label initially promoted grunge as the entry point to an exclusive subculture, it didn’t take long for most of the bands on this soundtrack to sign with major labels and also reveal classic rock influences that might have made the indie rock fan club squirm a bit. With this in mind, Paul Westerberg’s upbeat power-pop does initially sit somewhat awkwardly next to heavyweights like Alice in Chains but Westerberg’s former band The Replacements is a significant link for combining infectious melodies with unclean guitars – a familiar trait in the music underground. The appearance of Jimi Hendrix also makes sense as a tribute to a former Seattle native and the inclusion of ‘May This Be Love’ from the sensational 1967 album Are You Experienced recalls an earlier era when unfamiliar sounds had also raced up the charts.

The soundtrack closes on a high with the eight minute ‘Drown’ from Smashing Pumpkins (not grunge and not from Seattle). The band goes all out with a quiet to loud dynamic and the extended psychedelic coda is almost worth the price of admission alone. The bonus material is not quite revelatory but a few tracks are keepers, in particular previously unreleased Chris Cornell demos including a creepy minimalist blues titled ‘Nowhere but You’. It is, however, the original album that listeners will keep returning to, now in flash remastered form.

I recently tried watching the movie again and it was as average as I first remembered it, but the soundtrack is a winner all the way and although the grunge scene is no more, the many fantastic songs from that era will endure.