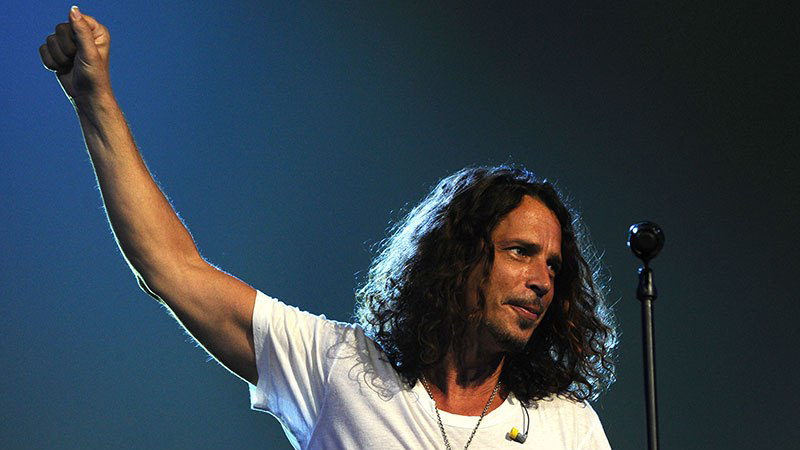 I was a tad surprised when Soundgarden called it quits back in 1997. The previous year the band had released a first-rate album Down on the Upside, followed by a powerful performance at the Hordern Pavilion in Sydney.

But not long after that show they called it a day, due in part to internal strife that is commonplace in most groups, but also because the grunge scene with which Soundgarden had been closely associated – with the band having made its mark on the Seattle music scene well before ‘grunge’ became a household term – had begun to lose the limelight status accorded by the mainstream press and larger record companies always on the lookout for the shiny new thing. The band’s day in the sun did arrive when the superb 1994 album Superunknown went multi-platinum and emotive power ballads like ‘Black Hole Sun’ were all over commercial radio alongside the usual chart dross. This was a high tide moment, not only for Soundgarden, but for the grunge movement generally – but it would never be that good again.

Not that Chris Cornell had too much to worry about when the inevitable comedown happened. He had already sealed his fate as a rock god of the indie world early on with draping, curled locks of hair, an intense gaze and potent voice as can be seen on the video clip to ‘Loud Love,’ which arrived just before the grunge tidal wave washed ashore. At that point, many confused music critics and record company PR people referred to the band’s music as heavy metal, suggesting they didn’t know what they were talking about. Cornell was a doc marten boot wearing Robert Plant for the post-punk generation and at times sounded uncannily like the Led Zeppelin vocalist. Kurt Cobain always looked like he needed his hair washed and finger nails scrubbed while Cornell could have stepped straight out of a Mario Testino supermodel photo shoot. He had also proven himself as a solo performer with the atmospheric acoustic ballad ‘Seasons’ on the Singles soundtrack and would go on to record six solo albums.

To keep the momentum going he hooked up with alternative ‘supergroup’ Audioslave for three generally well received albums, although Soundgarden was where he belonged and it made sense for the band to reform, which they did in 2010 to the relief of those music fans tiring of watered down – and often outright dull – electro-pop masquerading as the latest indie sensation. This was similar to Soundgarden emerging from the music underground in the late 1980s with two well received EPs on the fledgling Sub Pop label for music fans grown weary of comical hair metal groups, and Madonna. It would seem that smartly crafted hard rock will always outlive the latest musical trend and Soundgarden were ready for an eventful second coming, although this is not to suggest the band was set to record a succession of masterpieces. The best work had been done during the ‘grunge’ hype years and it is unlikely that a major achievement like Superunknown could be repeated. But it felt good to know they were around.

When the band reformed I went back to the earlier work including their finest moment ‘Jesus Christ Pose’ – fourth track on the 1991 breakout album Badmotorfinger – and one of the more powerful and enduring grunge statements. On this song the guitars are tight, loud and heavy. The textures are dense and dark and the mid-section approximates down-tuned Sabbath filtered through a generation of post-punk sonic mayhem. It climaxes with a hail of guitar feedback and the combined effect is opaque psychedelia cleansed of peace and love. Cornell channels feelings of contempt for those who prefer blaming others over self-responsibility through the striking dynamic range of his voice that didn’t sound like anyone else except, well, Robert Plant. This song is simply magnificent and a crowning achievement in the grunge canon. Every time I heard it the memory came flooding back of a great throng of people preparing to leave the Sydney showground when Soundgarden, headlining the Big Day Out, had finished playing what everyone thought was the final song in the encore. But the band reappeared on stage and tore through a blistering version of ‘Jesus Christ Pose’, causing the great throng to suddenly turn back.

This song didn’t make the set list of Cornell’s solo performance at Canberra’s Llewellyn Hall last December but a good many from his solo career and a smattering from Soundgarden did, including the sombre ‘Fell on Black Days’ from Superunknown. Cornell was in good humour throughout the performance, mentioning how he had overcome past troubles and was hanging out with his young son throughout the tour. It was an enjoyable show and I felt pretty good after it. Then last month, Cornell took his own life in a Detroit hotel room shortly after a Soundgarden show – what a terrible waste of talent.