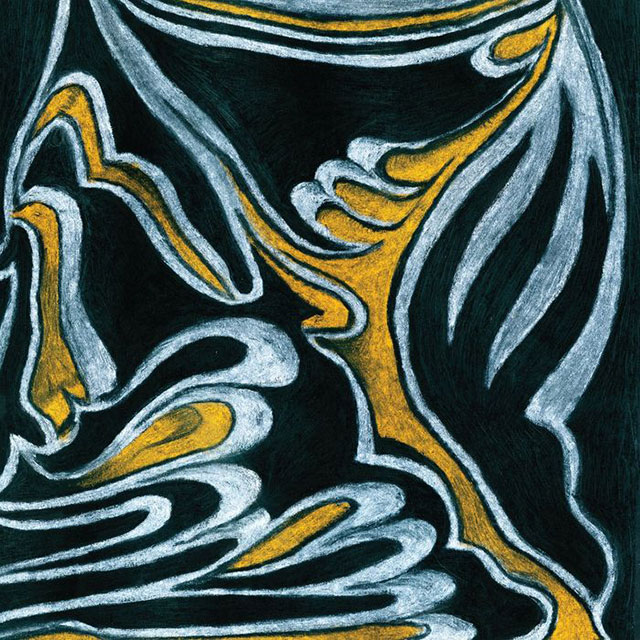 Australia continues to churn out meaningful, no-nonsense and hard-hitting post-punk with the release of Cable Ties’ self-titled debut. This is an album that sits comfortably next to other canonical Aussie punk releases like labelmates Camp Cope’s 2016 debut, Royal Headache’s High and Bad//Dreems’ Gutful. Cable Ties distinguish themselves from those bands with ease however, leaning on their own politically and socially charged rage to punch out messages against “creeps, capitalist propaganda and music industry tastemakers”.

Jenny McKechnie’s ferocious voice rivals that of our own Glitoris, especially on opener ‘The Producer’. Fed up with all-male line-ups and sexist labelheads, the band’s experience in the music industry is highlighted as McKechnie pushes herself to the front and sings the catchy refrain, “you gotta make it, make it on your own”. Sharp guitar riffs, boiling bass undercurrents and immense drumming make this an ideal song for crawling into Cable Ties’ headspace.

The most striking track is unarguably ‘Say What You Mean’. On this intense, six-minute gut puncher, McKechnie stops listeners dead in their tracks as she monologues and takes aim at the cracks tearing up our capitalist society, throwing the disadvantaged down into helpless depths. There’s a blinding force behind the words she shouts with unparalleled fury, “I am not a production unit, I am a human being,” it sends shivers down my spine on every listen. Carried along by Brown’s rolling bass and Boyle’s powerful drums, this is a killer track – perfectly representative of the confusing political times we find ourselves in.

While those are the most notable songs, the rest of Cable Ties’ debut is similarly hardened and aggressively down to earth. This will be an exciting band to watch going forward.