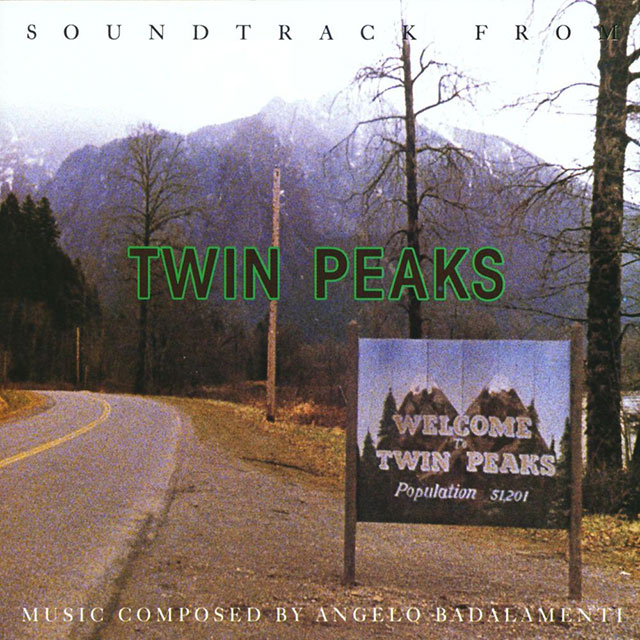 Menace and beauty intersect on a tightrope of ecstatic fear in David Lynch’s Twin Peaks. The 1990 TV series was both a harrowing tragedy of abuse, fractured through dreams and an absurdist small town surveyance. Twin Peaks blurred lines between spirituality and humanity in a grand cryptic screw-you to narrative and atmospheric norms.

The show dominated particularly in an understanding of mood, and composer Angelo Badalamenti is its master interpreter, able to engage both sombre and terrifying ambiance alongside the incongruous, buzzing saxophone of the subconscious.

The soundtrack largely riffs on a few primary moods, refashioned to suit varying modes of mystic intensity. Be it nightmarish hums, the ethereal pop of vocalist Julee Cruise, or propulsive bizarro jazz, the collection has an otherworldly aesthetic. It incorporates a distant reverence of the 1950’s into something that still manages to sound different today, despite being nearly thirty years old. Most lovable of all is the instantly recognisable titular theme tune, both gorgeous and comforting, and perhaps the most original ever written for TV.

Badalamenti pushes his electric keyboard to extraordinary depths in ‘Laura Palmer’s Theme’, an exemplary Lynchian manipulation of mood. It wallows in funereal despondency, reaching a climax of naive optimism and beauty only to collapse back into morbidity and despair quickly afterward.

The vigour of the jazz playing on the record is bolstered strongly by its shuddering snare and double bass, culminating in the peculiar reverie of ‘The Dance of the Dream Man’.

‘Nightlife in Twin Peaks’ is an underappreciated slice of brooding and animalistic free jazz. Its pastiche of blaring sax over a hefty string drone evokes the macabre feeling of the imaginary town’s psychosis.

As Twin Peaks has already begun to flicker across our screens again, Badalamenti returns to reprise old themes amongst new, and if they’re anything like this, they will be both wonderful and strange.