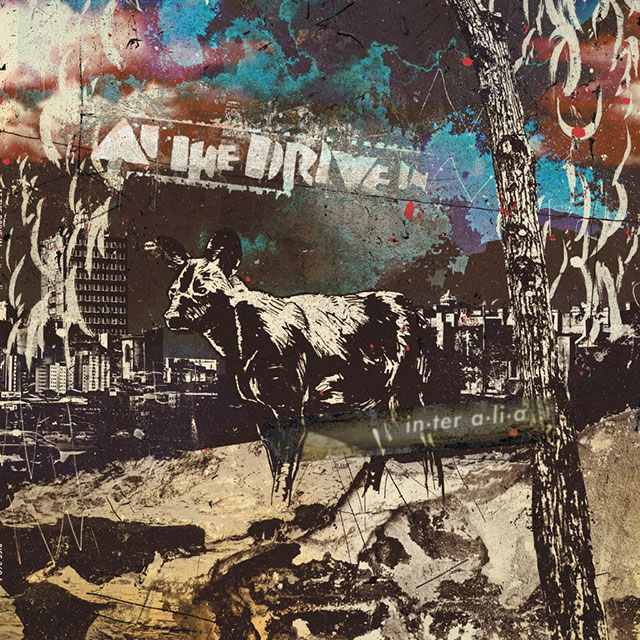 The former heroes of post-hardcore revival At the Drive-In have returned after 17 years with an atrocity of alt-rock blandness littered with insipid emo vocal tropes. This is a far cry from the group’s 2000 release Relationship of Command, which shattered the crass rap-metal paradigm that guitar music occupied, erupting with savage emotion and lyrical esoterica. They imploded less than a year afterward, while singer Cedric Bixler-Zavala and guitarist Omar Rodríguez-López moved on to give their bizarro leanings to prog-psych outfit The Mars Volta. It was an unforgettable flash in the pan, and in•ter a•li•a is an attempt to rediscover the magic.

Unfortunately, this record is the product of studio sanitisation and middle-aged conceit. The production is sickeningly crisp, where Bixler-Zavala’s vocal inflections often avoid ATDI’s trademark rhythmic shouting in favour of the melodic yelp found in The Mars Volta. Songs like ‘Pendulum in a Peasant Dress’ skirt miserable pop punk, and it almost seems as if Rodriguez-Lopez is aware of this, sporadically inserting discordant guitar interludes as if to assure you they aren’t losing their edge.

Bixler-Zavala has not matured lyrically either, providing a poor impression of his former psychobabble. The worst offender, ‘Hostage Stamps’ proves Bixler-Zavala could beat you in any game of Boggle, spluttering “The anachronism enacts the indigenous / Prolonged exposure to combustible nativism”. Previously Bixler-Zavala’s paranoid balderdash had an ominous mystique set to Rodriguez Lopez’s avant-cacophony, but as the group now resembles a Fall Out Boy reunion from 2035, it’s unfortunately laughable.

‘Governed by Contagions’ is the closest taste to the blood, bile and battery conglomerate that made post-hardcore fans salivate in 2000, but is feeble in comparison to the anthemic highs of ‘Invalid Litter Dpt.’.

Time has stood still for At The Drive-In, letting stylistic progression pass them by in a glitzy pastiche of their most immature songwriting tendencies.

Support Joshua Martin on Patreon!
7% complete
When we reach $500 per month we will begin the official BMA Podcast. This will include interviews with some well-known musicians and artists, tips and tricks for publishing in print and online, as well as other discussion topics around Bands, Music and Arts in Canberra!